← The Spirit
Justice League of America →

It’s once again time for another edition of Superhero Shorts, where I feature a superhero short film and ask a few questions of the filmmaker. Today I’m talking with Christopher Orangeo, creator of the short Healing Heroes which is a bit more of a proof of concept slash mini-pilot in the hopes of turning it into something bigger. As always, you can watch the film below or you can get more information about the film at the Healing Heroes Tumblr page.

What I really appreciated about this film is that it does something that few of these “Superhero therapy sessions” shorts really do and that is to make me interested in the actual characters behind the jokes. Yes, there are some jokes, but the jokes are more of an entertaining way to deliver the information that we need to understand the relationships between these characters. Not only that, but the therapist himself isn’t just a vehicle to pull the jokes out of the superhero, but he’s an active participant and once the twist is revealed we see that he also has a hidden agenda. Everything else is handled quite well, from the production to the music and the acting, though my one minor complaint was that Ganja girl played being high a little bit too out of it, but Dr. Connors helped keep the scene together. But enough from me, let’s hear from the creator of this project Christopher Orangeo.

Bubbawheat: Superhero therapy sessions are a popular concept for some YouTube channels since all that is needed is a therapist’s set and a couple costumes, but they’re usually played up much more for comedy. How did you come up with this concept for Healing Heroes with a darker twist to it?

Christopher Orangeo: I’m a big fan of the “element of surprise” in any genre of films. So when you initially hear the concept of a therapist treating superheroes and villains your mind automatically goes to Comedy. I figured I would try to switch it up and think of the most twisted concept I could think of. That’s how I ended up with the twist for our main characters.

BW: The short hints at a more extensive back story between Henry Connors and Captain Cornelius, how much of that has been fleshed out behind the scenes?

CO: For our four main characters in the proof of concept, along with the two other main characters, we want to add to the story, we created character relationship charts. That way we always know what every superhero and villain’s relationship is to Dr. Connors. We pretty much fleshed out the entire backstory for Dr. Connors and Captain Cornelius because those two characters are the most important element to the story. 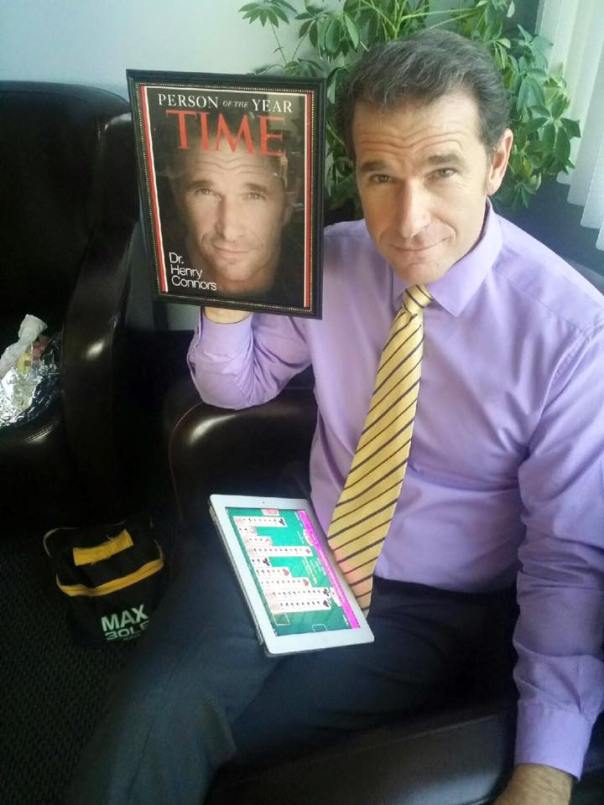 BW: Since this is more of a proof of concept as you call it rather than a self-contained short film, what’s the ideal situation for this idea to move forward?

CO: My producer Marta Roche and I have always had one goal in mind for this idea, which is T.V. series. That is our ideal situation at this point. We’ve created enough content for pre-production to be ready in case a network calls us and takes a chance on us. A movie or a web series is not out of the question. But I really see this concept on a Netflix, Hulu, or Amazon. So we are relentlessly working to achieve that goal so one day we can binge watch our own T.V. show over a long, rainy weekend.

BW: What are some of the superhero characters that most inspire yourself as well as Healing Heroes as a whole?

CO: To be honest the only moment that really inspired “Healing Heroes” was a conversation I had with my good friend about what it would be like to see Batman and Cat Woman in couples therapy. We spent a good half hour coming up with ridiculous scenarios about what that’d be like. It sparked something inside of me to just create these characters everyone could potentially relate to and run with it. So I would like to thank The Dark Knight for his endless inspiration to us all.

BW: On the comedy side of things, what style are you aiming for the most with Healing Heroes?

CO: As my ideas for the show progressed I saw myself watching a lot of Silicon Valley on HBO and Fargo T.V. series on FXX. The more I watched these T.V. shows I kept telling myself “I’d love to have this writing style”. I really enjoy when a show can perfect witty dialogue. Seeing two or more characters bantering over something utterly ridiculous really brings me joy for some odd reason. So I would say my style is smart, witty, and thought provoking dialogue that takes you a few minutes to really grasp what crazy thing this character just said.

BW: And finally something that I ask everyone that I talk to, what is your favorite superhero movie?

CO: I think I’d have to go with The Avengers with The Dark Knight coming in a close second. Seeing all of those superheroes on one screen together was a really big moment for super hero films. It has led to more intense films like Civil War and The Avengers: Age of Ultron. They all made me feel like a kid again!

BW: Those are two great choices and the Avengers still tops my own list. Thank you for talking with me today and good luck on making Healing Heroes into something more.

CO: Thank you for the opportunity of having Healing Heroes on his platform.

You’re very welcome, and hopefully this gets at least a little more exposure for Healing Heroes and hopefully I won’t go on another extended hiatus for these Superhero Shorts interviews. Until next time, this has been Bubbawheat for Flights, Tights, and Movie Nights.

← The Spirit
Justice League of America →