Continuing on in my catching up of the last few 2016 films that have slipped past me is the latest in the Danish superhero Antboy franchise. I thought the first Antboy was ok, the second one was a lot of fun, so I was excited to finally get the chance to watch the third and supposedly final entry in this series. Not to mention that all three are currently available to stream on Netflix in the US. Since they are still marketed as kids movies, they are dubbed in English, but do yourself a favor and if you’re watching it because you’re a fan of superhero movies, do yourself a favor and watch it in the original Danish audio. Typically I tend to watch dubs over subs, but that’s usually due to one of two reasons: either it’s a cheesy film to begin with and the bad-to-mediocre dubs add to the camp factor, or it’s a newer animated feature and the dub is done in a highly professional manner that’s a similar quality to the original performances. This one falls between the two, what little I listened to of the dub is very mediocre in quality so it really detracts from the overall film. That said, I did think that this was a fitting end to the trilogy and quite possibly the best of the bunch.

If you might not know the backstory, the film doesn’t do a whole lot to fill you in, but all you basically need to know is that this kid Pelle got hit with an experimental serum called the Hercules serum and was imbued with the powers of an ant. He has proportional strength – similar to Spider-Man, can walk up walls – similar to Spider-Man, and has acidic urine – completely different from Spider-Man but also isn’t mentioned at all in this film. His only weakness is that he has to essentially be on a sugar high to fully utilize his powers, also something that doesn’t have much of an impact on this movie, but is hinted at during a couple moments where he is seen eating candy before a fight. But Antboy isn’t alone in this, he has his sidekick Wilhelm, who is a nerdy comics geek that helps him with his gadgets and costume, and Ida who is essentially his girlfriend and also knows his secret identity. It is the third film in the series and it doesn’t waste any time trying to reintroduce these characters that you should already be familiar with if you’ve seen either of the first two. 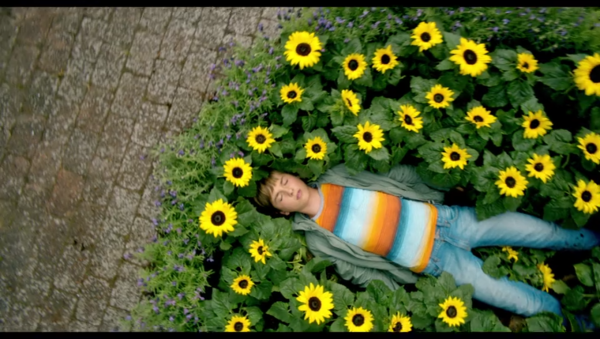 There are plenty of conflicts going on within the film. First off is a new superhero in town. He has a rocket powered skateboard and a suit of high tech armor, doesn’t have a name, but quickly becomes popular throughout the town. The supervillain from the first two films, the Flea has also been released from prison, apparently rehabilitated, but isn’t trusted by the town or Antboy himself. The company that originally employed and then fired the Flea is also under new management and is trying to re-recruit the Flea to recreate his Hercules serum. Pelle also wants to leave town to go to boarding school with Ida and leave his heroic persona behind, at least for a while, but that creates friction with his friendship to Wilhelm who claims that he’s going to Xavier’s School for Gifted Children, a reference that goes completely over Pelle’s head so he remains clueless. It seems like a lot of conflicts that could make this film incoherent, but they are all juggled quite well so they are all given enough weight and intermingle with each other without getting confusing. Especially as the Unnamed Hero begins investigating the company, the Flea turns out to really have been reformed, and Wilhelm turns out to be the Unnamed Hero. 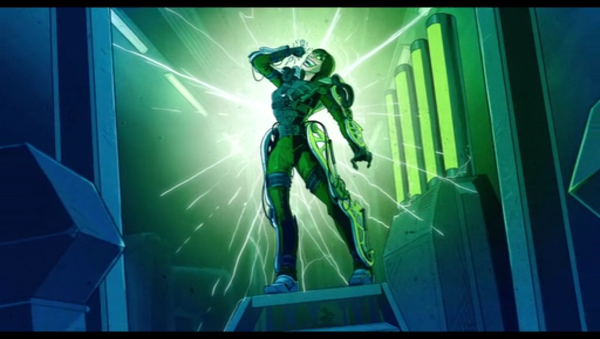 What really works well throughout this film are the subtle themes that it’s getting at. This is the third film in the series and these characters have grown quite a bit. Even though he’s only about high school age, Pelle is ready to leave his superhero persona behind him, considering it to somewhat be kids stuff. Similarly Wilhelm also seems to leave his comics behind, though when it’s revealed that he is this new hero it takes on a bit of a different meaning where he quite possibly was getting rid of his comics to either help fund his costume and gadgets, or that he doesn’t need to read about superheroes because he’s finally living them out. There’s also the rivalry between Antboy and Wilhelm’s superhero where Antboy is jealous of this new hero who’s getting all the respect of the town, meanwhile there’s obviously a bit of jealousy where Wilhelm doesn’t really want Pelle to leave for boarding school when he has to stay behind. 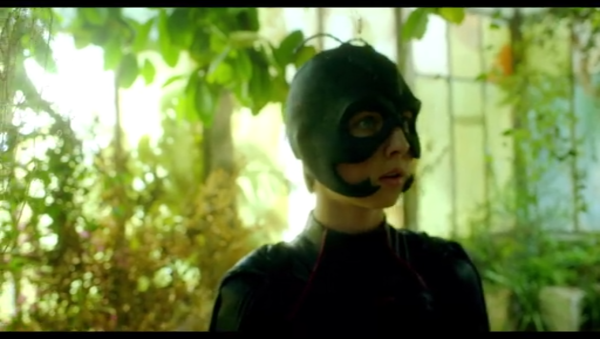 But besides all the interpersonal drama between the three school-age friends, there’s also a whole other level of character building going on with the Flea, or technically Albert Gæmelkrå. By all appearances, he’s just trying to get back to his life, but he’s accosted by the town who treat him like the villain he was, and even Antboy doesn’t entirely trust him. He pays Gæmelkrå a visit, warning that he will be watching, and even has a dream that the Flea is back. It’s not until he sees evidence with his own eyes that Gæmelkrå has reformed that he begins to trust. But there is still a bit of a superhero story within all of this interpersonal drama as the company Exofarm has a new exoskeleton and a new CEO that has nefarious plans. It does all come together with a bit of an overly happy ending and even brings back the Red Fury from the second movie for a couple brief scenes, but when looked at as a whole, this makes for a nice little capper to a surprisingly good kids superhero trilogy. Until next time, this has been Bubbawheat for Flights, Tights, and Movie Nights.