I took a bit of an unexpected break over the holidays, but the other day I decided to pop in another movie that’s been sitting in my DVD collection for a while just waiting to be reviewed. I hadn’t heard much about this movie aside from the fact that it has Michael Jai White in a villain role and Michelle Yeoh in the lead. I also had a feeling that it was a bit of a cheesy action movie. I didn’t quite expect the level of humor that was present throughout most of the film, but especially in the latter half. There were some good elements, some familiar elements, but it could have been improved quite a bit with some better cinematography as much of the fighting was marred by poor camera work and odd moments of slow motion. It wasn’t quite the camp level of Batman 66, but there was some fun to be had here. 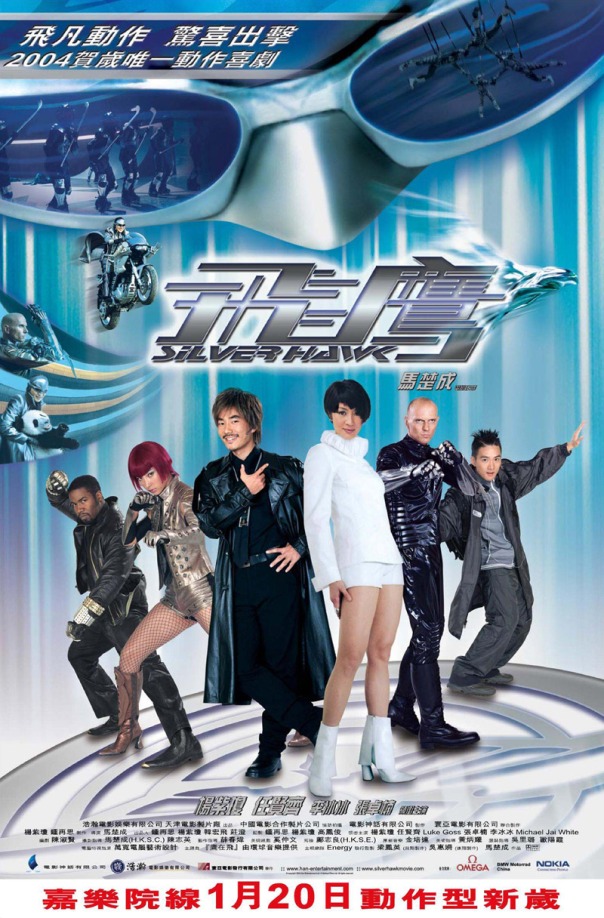 For what it’s worth, Silver Hawk still feels very much like a female version of Batman with a lot more martial arts mixed into it. And despite the fact that none of the movie sites list this as a comedy, that was one of the strongest points of this film. It plays up a lot of the absurdity of some of the superhero tropes while also falling right in line with them. Silver Hawk herself has a day job as a somewhat generic celebrity. It’s not entirely clear what her work is, whether it’s a model or actress, but she’s well known, rich, and on the cover of magazines. There’s also the police superintendent Rich Man, but the kicker is that they went to martial arts school together where he tried to protect her, but her martial arts skills exceeded everyone else’s and got her into trouble instead. Man is the typical buffoon whose goal is to catch Silver Hawk, but ends up working with her to stop the actual villain of the movie.

What was frustrating about this film was really the cinematography. The film opens by getting right into an action scene to show what Silver Hawk can do. She has a fancy motorcycle and some random tech gadgets that she doesn’t really ever use again, but the potentially great fight choreography is completely ruined by poor editing along with way too many random moments of slo-mo during her jumps. It felt like it was possibly inspired by the Matrix, but it wasn’t even good enough to be called a pale imitation. Where the scene is saved, to a certain extent, is when the comedy comes at the end when Silver Hawk complains that they won’t even fight for another five minutes. And on top of that, we find out that the criminals were smuggling a baby panda that Michelle Yeoh gets to cuddle with because why not?

When it comes to the actual villain plot, it doesn’t start to make any more sense than the opening scene. In fact, the entire world of this movie is set in an odd looking near-future. Or at least near-future-as-seen-by-2004. Seemingly every set in this film is filled with white and silver as are everyone’s clothing. Phones are being replaced by bluetooth earpieces and smart watches, and the villain is an American with cybernetic arms who wants to combine a helper AI with this new phone in order to take over the world through mind control. Somehow. But at least he has Michael Jai White with a weird goggle hat and a sidekick who is a combination of Knives Chau and Ramona Flowers. The villain also has a handful of themed henchmen, the first time that Silver Hawk invades their lair, they come at her with Cirque du Soleil guys on elastic cords attached to the ceiling. And during the climax, they’re met by a variation of Mr. Freeze’s hockey goons from Batman and Robin only much less colorful. 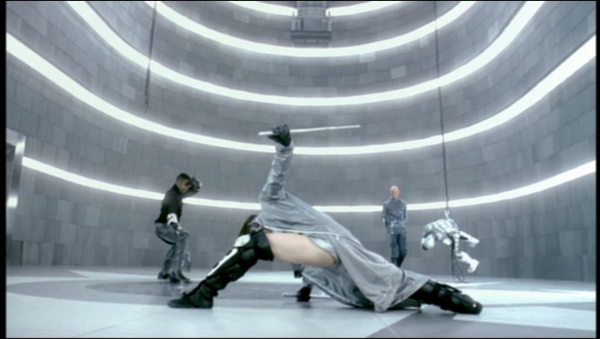 Another fun bit of comedy comes from the kid computer genius. Technically it’s not entirely clear how old he is, he could be a teenager or college age, but he’s young, has spiky hair, and is overly enthusiastic. Very much like a classic Robin. He’s always tagging along with Man despite his protests, but actually is the one who basically saves the day when it comes to any problem they face that isn’t solved with fighting. The rest of the movie is basically a combination of random fight scenes, moments between Lulu and whatever guy is trying to date her while she runs off to become Silver Hawk by pretending she’s “changing”, and flashbacks to when she was a kid and her time with kid Man. When all was said and done, the film really was quite a bit of fun. Yes, it was ridiculous and shallow at times, but there was enough comedy mixed in so that it didn’t take itself too seriously, but also didn’t quite go too far to become a parody of itself either. If the comedy doesn’t land for you, this might be a hard film to get into, but I had quite a bit of fun with it by the end. Until next time, this has been Bubbawheat for Flights, Tights, and Movie Nights.