I’ve always been a fan of animated movies whether they’re what most American audiences think of like the standard Disney animated fare marketed towards children or the independent or foreign animation that’s targeted towards adults. This is definitely the latter of those two. It’s a Spanish animated feature based on a graphic novel called Psiconautas that takes place in a dystopian island populated with anthropomorphic animals alongside a handful of regular animals that still have the ability to communicate and some inanimate objects who can also speak. The film is filled with dark imagery of nuclear style explosions, death, drugs, violence, addiction, abuse, and plenty of others. It’s densely packed with intense imagery and themes and it unfolds in a way that’s somewhat difficult to unpack in a single viewing, but it is intensely fascinating and hauntingly beautiful in places. 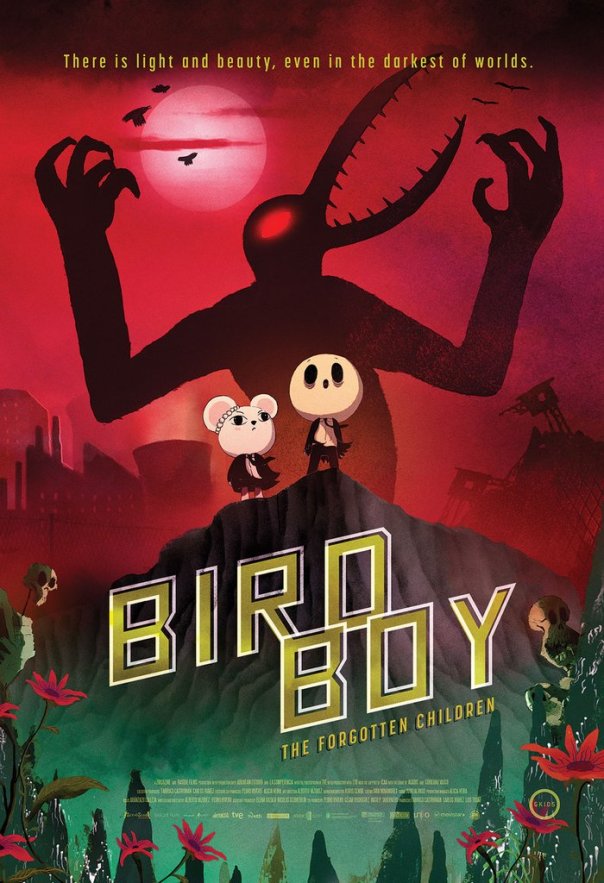 The title of the movie is Birdboy: The Forgotten Children though neither one of those two are really the main focus of the movie. Birdboy himself is a non-speaking character whose father was Birdman, has a demon inside of him that’s kept under control by taking “happy pills”, and flies with artificial wings. The Forgotten Children are a tribe of mice living in a landfill who spend their time collecting copper and living a tribal and somewhat feral existence. What would be considered the main characters are three young children, a girl mouse named Dinki, a girl rabbit named Sandra, and a boy fox named Little Fox, or Zorrito in the original Spanish. Although their actual ages are difficult to determine because they are young and go to school, but one of their friends has left school to become a policeman and they smoke which makes them seem like teenagers. And their plan during the course of the movie is to use the money that they’ve been collecting to get themselves off of the island and run away to a better life.

What is the most striking is how this presents the darkness of the society and personifies it in various ways. We get to see a pig character that sells drugs to make money to support his overweight, sick mother who needs medicine of her own. But that need for her medicine is personified by a demon spider who speaks as his mother and demands the drugs, growing in size to intimidate the pig. Dinki’s father is obviously her stepfather because it’s what looks like a human man wearing a mouse costume who cares more about his pet dog who wears a gimp mask while he humps the stepdad’s leg. It’s a bizarre image that is par for the course in this film and as the movie goes along, you get a clearer picture of the depths of despair that everyone living on this island is subject to. The more we get to see of this world, the more sense it makes how much the three kids want to get away from this place, this darkness and despair.

The majority of the film follows the kids journey as they make their attempt to get away from this island. They don’t quite have enough money, so they end up stealing from the pig and his mother and take the money to a landfill dealer who sells them the cheapest boat he has which is a sentient PVC inflatable duck raft. The island is such a terrible place that even the objects have horrible lives. We’re introduced early on to a talking alarm clock that Dinki throws to the floor only to have it complain about being able to feel pain. Even the inflatable duck raft tells the story of how he was ripped from his family, suffocated and placed in a box where he had to grow up alone in darkness. The scavenging landfill mice have a moment where we see how desperate they are as two very similar father and sons fight each other over scraps, first the fathers and reluctantly, the sons. 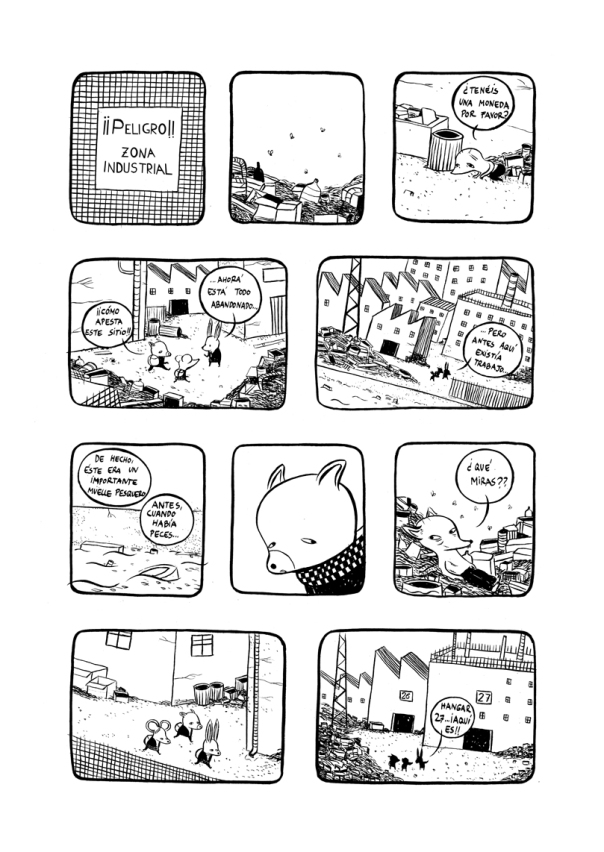 But even with all of this darkness and despair, there are moments of hope here and there. Birdboy and his father Birdman are shown to be characters who care about the land and the wildlife. They are able to speak to the wild birds who mostly communicate through actual bird chirps with subtitles rather than spoken dialogue like most of the characters. There are also moments where we learn that the nuclear-style explosion at the beginning of the movie likely caused the fish around the island to die, but Birdboy and his father have these golden acorns that appear to be able to bring life back to the island. There’s also a secret grotto where Birdboy retreats to when he’s injured by the policemen trying to kill him for “smuggling drugs” like his father. It’s a magical place where he cares for the wild birds and is helped by the spirits of those birds represented by golden fireflies. 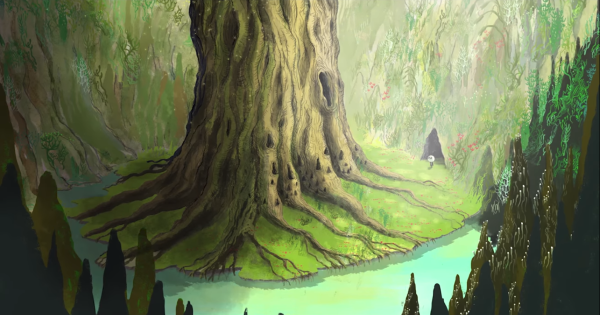 This is a difficult movie to unpack in a single sitting. It goes so many different and unexpected places, but it’s still able to make you care about these characters as they try to escape this island filled with bullies, violence, and just plain darkness all around them. There’s glimmers of hope here and there, but they’re frequently dashed to the ground shortly afterwards. The trio is led to the boat dealer but is then extorted for some of their money. They get their boat but are captured by the Forgotten Children. They’re then rescued by Birdboy who allows himself to be completely taken over by the demon and kills most of the tribe only to get shot and killed when he leads them out to sea. And even though their escape is cut short by a storm and they are returned to their families, it ends on a slightly hopeful note as Dinki is led to the magical grotto. There is plenty of powerful images and themes throughout this film and though it can be difficult to watch at times, the bizarreness of it all helps to create its own comic relief of sorts that would be harder to watch if it wasn’t all animals and inanimate objects trying to survive in this horrible existence. Truly a fascinating film. Until next time, this has been Bubbawheat for Flights, Tights, and Movie Nights.