S.H.I.E.L.D. is back again with another great episode. I think they are doing a great job of starting to build onto ongoing mysteries as well as creating new ones while at the same time building two very strong central characters. There is still a lot of the side characters getting lost in the shuffle and I’d like to see any of them start to develop past their one-note concepts. That said, Skye, Coulson, and Melinda May are interesting enough for me to keep tuning in week after week and I’m sure the others will start to develop some personality eventually. It’s nice to see the villains gain a face, and a name tied into something that we’ve already seen before. 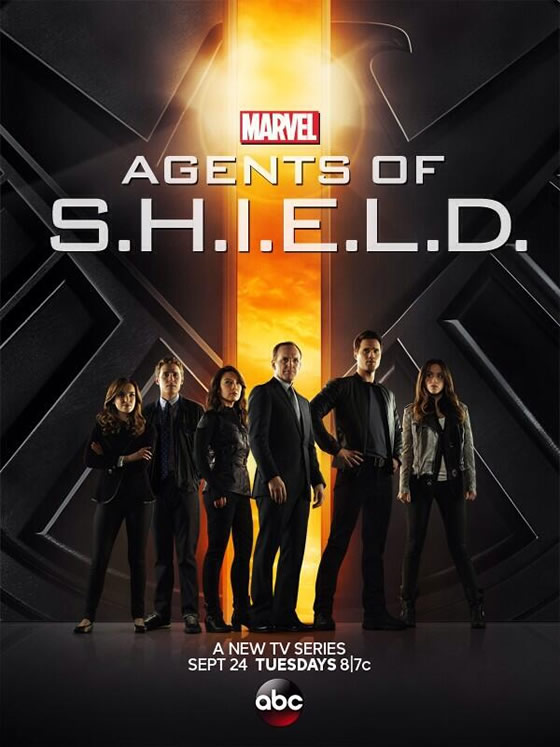 This episode heavily features Skye, and continues the trend of making her a character where we still aren’t sure which side she’s on. Is she really working for S.H.I.E.L.D. whole hog, or is there a hidden agenda that she’s working towards from the inside. This is heavily tested when she uses her inside track to save and contact her old flame/hacking mentor. And at the end we find out what Skye has been hiding from everyone from the very beginning, the fact that her entire life is a mystery, and one that’s been covered up by S.H.I.E.L.D. itself. This is the point in the show where I think as an audience we are finally able to fully trust Skye and her allegiance to her team, even if the blow to her team’s trust is one that won’t heal so quickly. 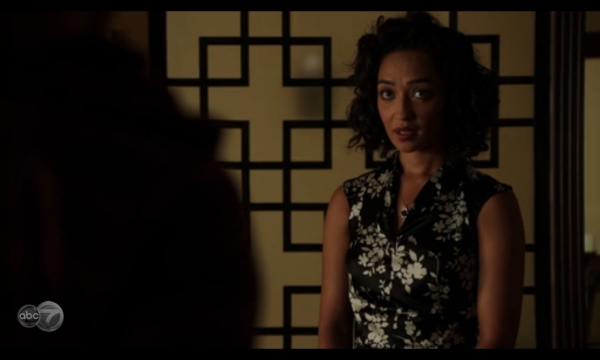 This episode also reveals more about the overarching villainous organization of the season, which ties in with the pilot episode as they are now referred to as “Centipede” just like the initial Extremis delivery device which looked like a centipede. The organization also has two faces to it, the seductive and mysterious girl in the flower dress, as well as the unnamed prisoner mastermind with ties to what they refer to as the “Clairvoyant”, which may refer to someone who can see the future, or it may be code for something else. This is another episode right in line with the previous two, I enjoyed the mysteries, the character interactions, especially the reveal into Skye’s past. The one weak spot in the whole thing is the freak of the week named Scorch wasn’t as interesting as it could be and really fizzled out at the end. Even though it was supposedly the A story, the B stories really outshined it, but they outshined it enough so that I still thought it was a great episode. Until next time, this has been Bubbawheat for Flights, Tights, and Movie Nights.