← Filmwhys #52 Primer and The Punisher
Dick Tracy vs Cueball →

Getting ready for the 1947 blogathon later this week I decided to jump in and go all the way back to 1945 with the only comic related heroes in film back then outside of serials with Dick Tracy. There were a total of four Dick Tracy films released within a few years of each other. As far as my knowledge of Dick Tracy goes, it really begins and ends with the 1990 film starring Warren Beatty. This film starts out with many of the iconic Tracy villains in cartoon form alongside the credits, but once things get going it is much more of a typical noir mystery thriller with some comic relief. I was actually quite surprised at how well some of the humor hit me and all in all it was a fairly decent not to mention that it was only about an hour long and to top it off, it’s available right on Hulu right along with the other three.

As far as the plot goes, it’s essentially a basic murder mystery starting off with a random killing of a woman walking down the street alone at night. There are a few clues and a few red herrings, but Dick Tracy eventually uncovers the killer named Splitface. Unfortunately not one of the many notable Dick Tracy villains, but instead a new one created for this film. His claim to fame is merely a large scar that runs down his face and off to the side of his mouth, splitting his face in two so to speak. As a villain, he doesn’t get a whole lot to do aside from a lot of running away, while he does manage to commit several murders, mostly off-screen, he only has a couple moments of on screen villainy as he attacks Tess Trueheart. But he gets easily spooked and runs off when the lights are turned on. He does get his revenge a bit later when he kidnaps Tess and takes her to his hideout.

One of the legitimately best visual moments of tension in the film.

Aside from the entire murder mystery plot, what was most striking about this film was the sense of humor throughout. There’s a running gag where Dick Tracy is constantly promising to take Tess out to dinner, but something always comes up so that he’s not done until it’s way too late to eat. There’s also a great little bit of humor when he tries to take her out to dinner at the restaurant owned by one of the murder suspects. She asks why he didn’t make a reservation and he replies that he wanted to keep a low profile. Immediately after he says this, a waiter comes up to him and addresses him by name which is quickly pointed out by Tess. She is actually a generally strong female character in this film for the most part, at least for the time this was filmed. There are still plenty of moments where she’s the doting girlfriend just waiting for Tracy to be done with his business, and when she is attacked by Splitface all she is able to do is scream. But she did insist on going with Tracy when he was investigating the house in the first place, and she pushes herself into staying with Tracy when he invites the suspect’s daughter over for protective custody.

Tracy himself was a very likable character, even though he would often draw the ire of Tess due to his constant calls into work, he always had this very light air about himself where he would say that he would be back in just a few moments even though that was never the case. Even when he was grilling suspects, he always found a way to get the information by essentially playing the “good cop” even when there was no “bad cop” to play against. Throughout the film, he never even draws his gun, the climax ends with a fistfight where Splitface is merely knocked out after they both fall off the second floor of the building in an actually impressive little stunt compared to what happens during the rest of the film. There’s also a brief moment where the film allows him to spend time with Junior who is a budding detective himself on the case of the missing food out of the fridge from the night before. He very much is not the more hard nosed cop as played by Warren Beatty. 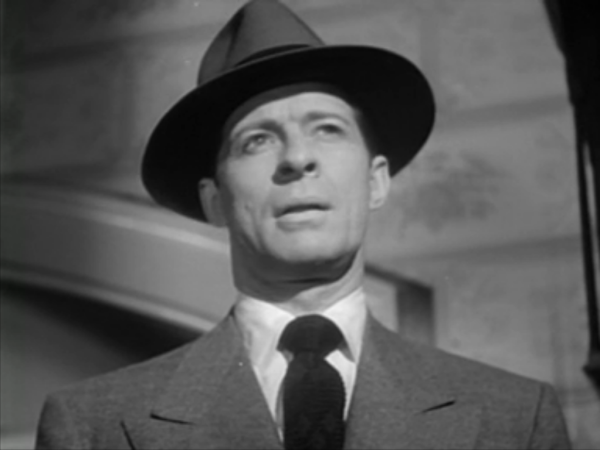 Something that was a little confusing were the relationships between some of the characters. If this was someone’s first introduction to Dick Tracy as a character there are plenty of unanswered questions. There’s obviously the relationship between Dick and Tess, but they don’t seem to be married as they aren’t living together. Meanwhile Tracy already has the kid living with him who was introduced in the 1990 film, but here he’s already fully established as Tracy’s son and referred to as Junior, but there’s no explanation as to how he got there. There’s no mention of him being an orphan or if he is Tracy’s biological kid. It’s an interesting difference where this film seems to have assumed that the audience coming to see the film is already familiar with the source material, either through the comics or the serials which came before. Something that has been lost over time like the origin of a superhero that nearly everyone knows already like Spider-Man has to be rehashed over and over because there might be a small portion of the audience who hasn’t seen it yet. But overall the film was quite entertaining. There’s nothing deep or groundbreaking, and it’s only an hour long, I’m very much interested in seeing what comes after this one in the series. Until next time, this has been Bubbawheat for Flights, Tights, and Movie Nights.

← Filmwhys #52 Primer and The Punisher
Dick Tracy vs Cueball →