This is something that I haven’t done very much since starting my Filmwhys podcast, and that is to go back and watch an essential movie that I hadn’t seen, only I didn’t do it to talk about during an episode of Filmwhys. (Instead I’m talking about it here in a review) Before now I had seen Aliens a few times, and somehow skipped ahead and watched AvP in theaters, but never went back to watch the original even though there’s always the debate over which is the better movie: Alien or Aliens. For my part, I don’t think I’ll ever like this one as much as Aliens, but it is still a great movie that I really enjoyed. And for the record, I did watch the 2003 Ridley Scott director’s cut of the movie instead of the theatrical release, although I didn’t go back and check to see what the differences between the two versions are. 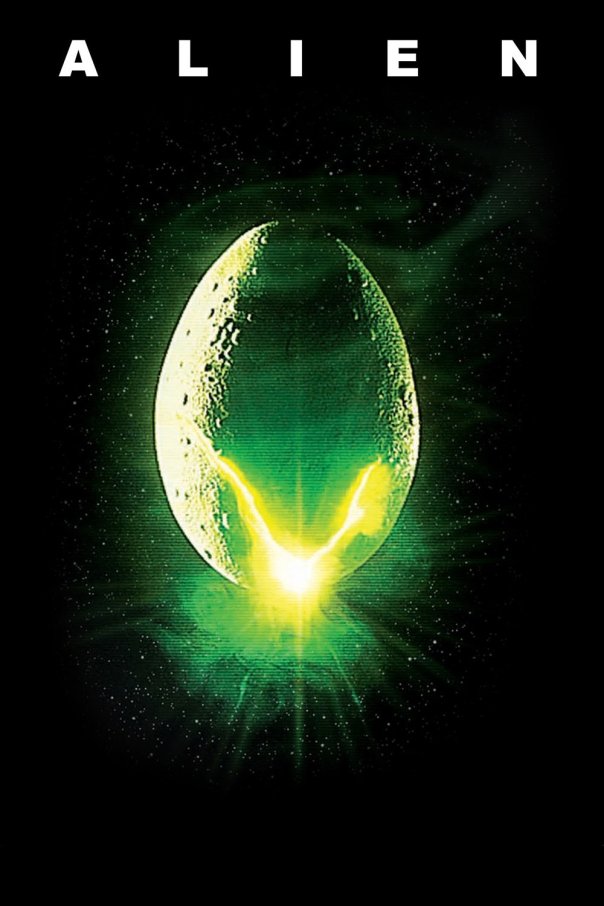 This is a classic movie that I’ve heard about and seen parodies of plenty of times. The famous chestburster scene has been parodied in many places, most notably in Spaceballs. But even with the parody aspect cutting down the horror elements in this movie, it’s still a gripping piece of work. I’ve also heard this movie often described as a haunted house movie set in space, which is especially true when you consider the addition of the cat to the story whose entire existence seems to be just to deliver a couple fake-out jump scares. I was also caught unaware that Ash was working against the crew and that no one knew he was a robot. I knew that he was a robot because I’ve heard about the alphabetical naming of the androids in the Alien series with Ash, Bishop, Call, and David, but I didn’t know anything else about his character, and the fact that Bishop was very much a protagonist in Aliens. Though his motivation also seemed like a revisit of Paul Reiser’s character in Aliens, though yes I realize that this one came first. I also quite liked how the acidic blood from the alien was presented as a real threat to the ship if it were to eat through several layers of the hull to possibly create a breach.

What this movie does have going for it in spades is the designs, from the alien itself which seems to be mostly unchanged from the iconic look that was debuted in this film, it still looks remarkable over 30 years later. Taking designs from H.R. Giger makes not only the Alien itself look amazing, but so does the other alien ship, the dead body of the space jockey, the egg room, and the facehugger. It immediately speaks as an alien, but also something that’s more primordial and ancient. Something that’s not just something somebody drew up one day, but something that’s been around for thousands of years and it’s only just been discovered by these people on this spacecraft. From the long, slender head, the double mouths, the long tail, and the claws, it looks absolutely otherworldly.

Of course, while many hold this movie up as being a classic, the fact that I came to this so late had me finding quite a few things along the way that bothered me more than it might bother some people. As I have mentioned already, I’m not a big fan of the cat, it doesn’t make sense why it would be on board that kind of vessel, and the only purpose it seemed to serve was as an excuse to add a few extra jump scares and misdirections for the crew when the alien actually was nearby. I also had some problems with the way the alien itself acted, it doesn’t make sense to me that it would grow from that small thing that jumped out of the guy’s chest to the size of a full grown human in a matter of hours, with no evidence that it even had anything to eat is pretty preposterous. Also, there are several moments like during the end in the shuttle where I didn’t understand why the creature was just standing basically still instead of going after Ripley. 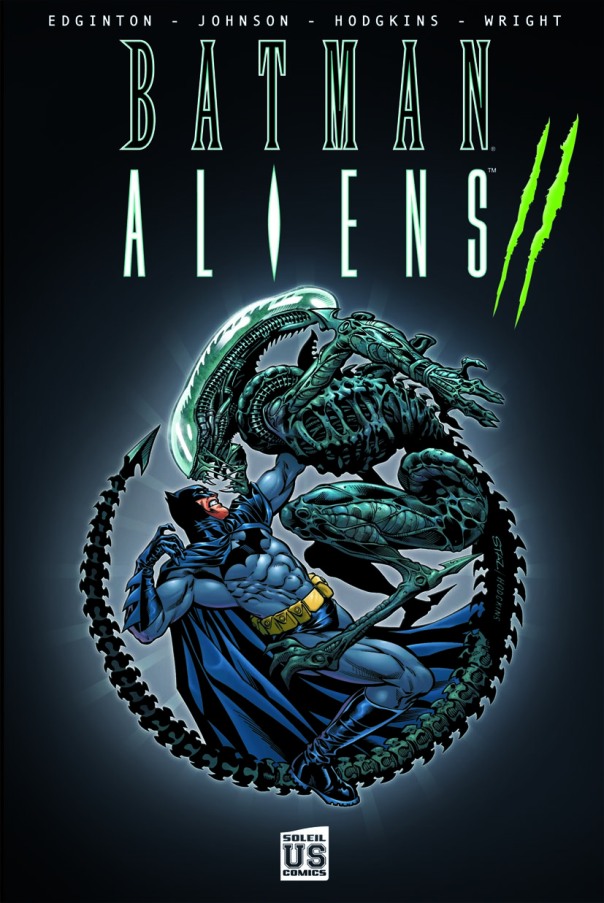 It doesn’t take much for me to say that there is so much here that would make a good graphic novel. In fact, it did become a comic book series shortly after Aliens came out under the Dark Horse label. Not only that, but there have been many different crossover comics including Aliens vs. Predator which later became two movies on their own, but also had the Xenomorphs going against the likes of other more well known comic characters such as Batman, Green Lantern, Judge Dredd, and even the Terminator. Coming from the fact that H. R. Giger is a well known artist doesn’t hurt at all and obviously lends itself well to the comic book style. Overall, I still enjoyed the movie itself quite a bit, but I don’t think it tops my introduction to the Xenomorphs, Aliens. Until next time, this has been Bubbawheat for Flights, Tights, and Movie Nights.