After spending a couple months going through my own choices as well as the polls for some of the outliers I finally have a full list of 100 movies that I think are essential for a true fan of superhero movies. There are many good ones, and some bad ones, but there is something noteworthy among every single one of them either due to the character, the circumstances around the movie, or simply the merits of the movie itself. I’d like to thank everyone for their contributions and support throughout making this list, I really appreciate it. Now without further ado, let’s get on to the list itself.

These are the results of all the polls I’ve held through the You Decide posts these past couple months. I added the movies with the most votes for “yes” minus the votes for “no” to come up with this list of 16 movies to finish out this list of 100. There are a few surprises in my eyes, and a few unsurprising omissions.

This might be a little bit of a stretch for some people, but I think it’s a perfect fit. It’s set in the near future, similar to X-Men, it’s a great origin story of someone given essentially super powers in order to fight crime. He’s got a secret identity more or less, and there have even been comic books made after the movie. Not only that, but it’s a great film with action, violence, and just a bit of social satire to top things off.

This one I was hesitant to add initially for a completely different reason, and that’s because it’s not a feature length movie, but instead it’s the combined contributions of the classic Superman cartoons done by the Fleischer studios back in the 40’s. These shorts are very influential to how we look at Superman today and they are a great accomplishment considering how small of a studio this was when compared to something like Disney, and I’m glad that it made itself on this list.

This is a movie that I only just recently watched for the first time. I had seen the old television series, but never caught the original movie. It’s surprising to think that it was directed by Wes Craven who is now known as the master of horror even though this only had hints of a horror movie in it while still keeping to a lot of the origin story tropes. It also had some great creature make-up for Swamp Thing himself though it does fall into the cheesy category here and there, but always a fun cheesy. 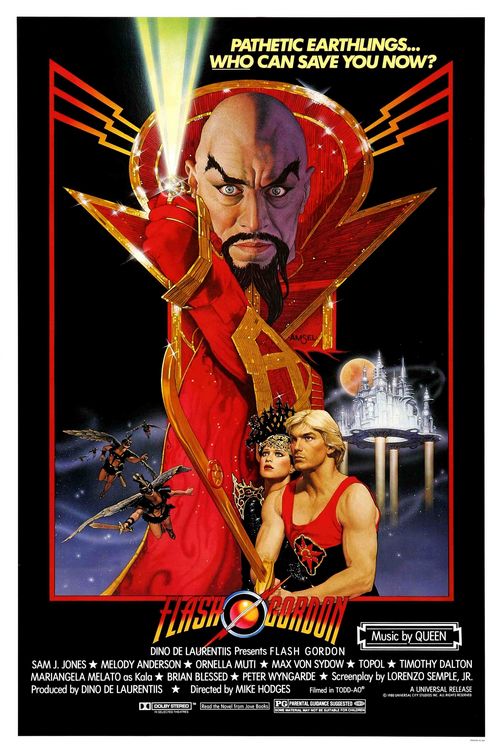 One of my favorite movies in the cheesy category, and also another movie that skirts the line of it being a superhero movie and not just a sci-fi comic book movie. But Flash Gordon ends up saving the day in every possible way, and not just for the Earth but for the entire whatever it was of Mongo. He even has his own theme song, and there are very few names more heroic than Flash Gordon. He will save every one of us.

This was a bit of a surprise in my big poll at the end, it’s one of my favorite animated movies and often thought of as an overlooked gem from director Brad Bird before he went on to do the Incredibles. The Iron Giant himself is a superhero unlike almost anything else, he’s a giant alien robot death machine who is accidentally reprogrammed by a young child and inspired by Superman to ultimately save the Earth. It also features Vin Diesel’s voice many years before he comes to life again in Guardians of the Galaxy.

I wasn’t as surprised that this film made it to the top of this poll, I’m one of what often feels like a few people who enjoyed this movie, and one of the only reasons why I left it off the list was because I felt like I needed to exclude at least one movie from the Marvel Cinematic Universe and this was the low man on the totem pole. In the years since the first Iron Man movie, Marvel studios has really set the bar when it comes to superhero movies, both in box office and in quality. While this has more flaws than other Marvel movies, it’s still head and shoulders above most of the superhero movies from the 90’s and earlier.

This movie was the most divided in the polls, but it did get strong enough support to make it on the list. One of the most notable things about it is the fact that it is one of only a handful of superhero movies with a black lead. It’s a cheesy 90’s comedy, though I’m a much bigger fan of this movie when compared to Blankman, and besides that it has the great Bill Cosby as a homeless man that doesn’t have any lines and a criminal gang with a pet tiger!

This is another lesser known movie but one that I really enjoyed when I watched it and I’m glad that it made it to the final list. It’s Woody Harrelson playing something along the lines of Forrest Gump meets Batman with a bit more violence and less running or catchphrases.

Another one of my guilty pleasures, it’s not one of the best movies out there, but it has some amazing performances from Tilda Swinton and Peter Stormare and it is visually beautiful in many different places. It’s a large departure from the original comic, but as someone who never read any of the Hellblazer comics in the first place, this is an interesting take on the character on its own.

I wasn’t entirely fond of this movie as a Punisher movie, but it does have a certain charm as a late 70’s violent cop movie starring Dolph Lundgren. The actual Punisher angle isn’t played up very much in the movie, but it does have Louis Gosset Jr. as his ex-partner and a villain who wears Geisha makeup for some reason. The biggest thing missing here is the iconic skull on the front of his shirt.

As far as sequels go, this one takes the original concept and plays up the campiness, plays down the horror, and brings in Heather Locklear as the damsel in distress who falls in love with the Swamp Thing. They also managed to bring back the villain who was supposedly dead, but one of the things that it does do better are the many different creature effects on display. 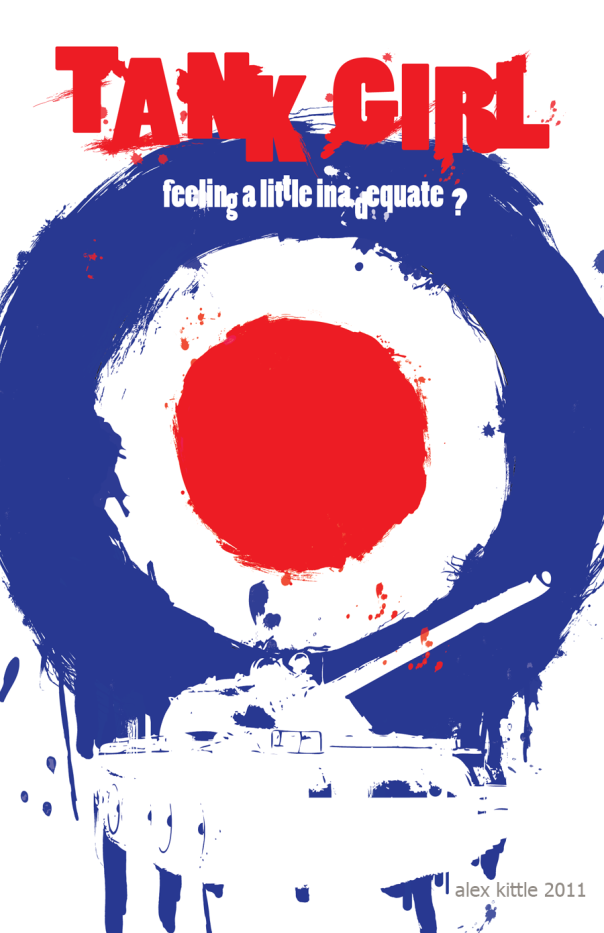 One of the best things about this movie is the mood it creates, there’s a sense of anarchy and punk throughout this movie led by the highly charismatic and frenetic Lori Petty who makes you believe there’s something super about this Tank Girl who doesn’t have any powers, but is able to make her way through any situation no matter how dire it seems. Not to mention Malcolm McDowell as the villain.

This movie gets a lot of flak, but I still don’t think Ryan Reynolds was a bad choice to play Hal Jordan in this movie. It had a lot of potential with the setup of Mark Strong’s Sinestro, but it was hampered by a couple weak villains and a poor plot. Still, it’s the first live action appearance of the Green Lantern who is one of the biggest DC superheroes so that’s got to account for something.

Another guilty pleasure for myself, but there is still a lot to like in this movie, especially the darker director’s cut of the movie. Ben Affleck did a decent job playing the blind supehero, Colin Farrel was having an absolute blast hamming it up as Bullseye, and I will have a hard time seeing anyone else other than Michael Clark Duncan as the Kingpin, sorry Vincent D’Onofrio.

One of the few TV movies that made this list, starring the “great” David Hasselhoff before the Ultimates Universe designed Nick Fury after Samuel L. Jackson who was so honored that he agreed to play the role in the movies, or something along those lines. It has 90’s TV movie written all over it with limited special effects, limited action, but plenty of dialogue talking about all the action that they are going to be doing. Very much something that needs to be seen to be believed. 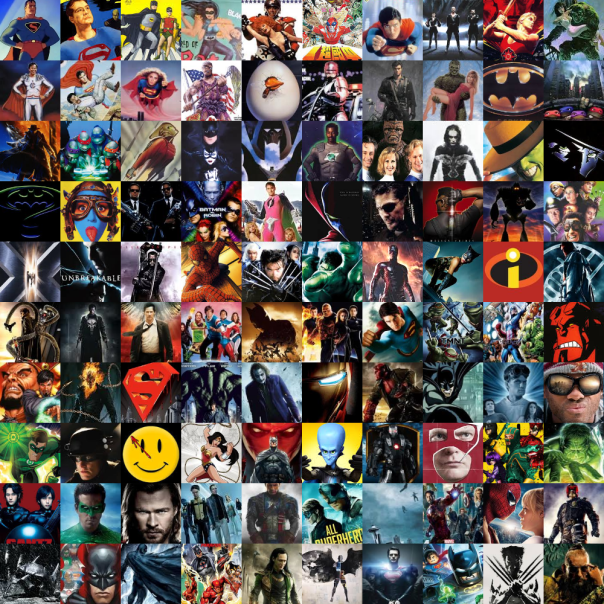