I decided that I wanted to make a list of 100 superhero movies that I thought were the essentials, the ones that everyone needs to see at one point in time if they want to be a fully fledged superhero movie afficionado, and while I am having guest bloggers this month help me fill out the list, there are many much more obvious choices that were easy to make and I’m here to share some of those with you. I’ve made a few different lists from Marvel and DC comics, but those aren’t the only two companies out there that make superhero comics, and now it’s finally time to take a look at some of the other superhero movies that come from comics outside of the big two. 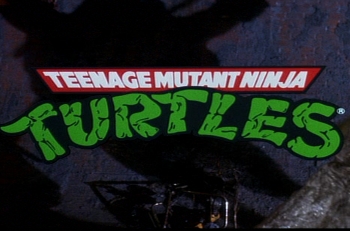 TMNT was originally an independent comic put out by Peter Laird and Kevin Eastman as a slight satire of the Daredevil comic at the time, but starting with the 80’s cartoon series it has become something much more than that, and after the success of the cartoon, this live action series brought the turtles to life in a great and fun way that was much darker than the cartoon, though still lighter than the comic. Not to mention that for many years, this was the highest grossing independent film of all time. The turtle’s themselves were designed and puppeteered by the great Henson studios, and surprisingly the voice of Splinter is also the voice of Elmo. It’s got a bit of 90’s datedness in it, but it still holds up as a pretty fun film.

Teenage Mutant Ninja Turtles 2: The Secret of the Ooze

After the success of the first Turtles film, this second one amped things up quite a bit. It’s a lot lighter and even more dated especially with the infamous Ninja Rap scene starring Vanilla Ice. Aside from that it has what a lot of superhero sequels have going for it, the action is bigger, the budget it bigger, and it doesn’t have to deal with the origin story. One of the only things that could have made it better is if it had the rights to be able to use Bebop and Rocksteady from the cartoons instead of creating the new creations Tokka and Rahzar. Aside from that, it’s still a lot of fun just like the first one.

This was a Disney movie long before they had the rights to the Marvel characters based on a pulp style comic set in the 30’s written by Dave Stevens and brought to the screen by director Joe Johnston who would later go on to direct Marvel’s Captain America: The First Avenger which had a similar throwback style to it. This one is more style than superhero, but it’s got such a great retro steampunk style to the costume and also a great old Hollywood feel to the rest of the story. It doesn’t hold up as much as some of the other superhero movies, but many people still love this movie for its classic charm.

One of the great action movies from the early 90’s this kickstarted a franchise that never even came close to equaling the lightning in a bottle captured for the first movie. Brandon Lee played the lead in this movie adapted from a comic book written by James O’Barr about someone who was wrongfully killed and brought back to life by the spirit of a crow to make the wrong things right. Lee really embodied this character and brought a mix of humor, action, and pathos that was never equaled in any of the sequels.

This is another movie similar to the Rocketeer which brings out a great style with a great cast, but doesn’t deliver a movie that everyone still enjoys. This was based on an old property that spanned multimedia beginning with a radio show before becoming a series of pulp novels from Walter B. Gibson as well as a comic strip, comic books, movie serials, and other full length movies. It was even part of the inspiration to the original Batman comic books. But this version of the movie stars Alec Baldwin as Lamont Cranston who fights crime in old New York City. The movie has a bit of a noir style to it, though it is much lighter than most noir films. It’s a film that I greatly enjoy even if it’s not often remembered as one of the greatest.

This is probably one of the most successful comic book characters outside of Marvel or DC and one of the reasons why people know the name Todd McFarlane and/or Image Comics even though the character’s popularity has greatly waned in recent years. The movie brought in Michael Jai White for the lead role of Spawn and John Leguizamo as the Clown aka the Violator. It struggles with a lot of bad CGI and changes from the original comic book that don’t always make sense, but this is one of the more iconic indie comic book superheroes and one of the very few superhero movies with a person of color in the lead role.

It wouldn’t surprise me if someone told me that this movie is as popular for people who have never heard of the comic book than by people who knew about the Dark Horse comic by Mike Mignola. Director Guillermo del Toro has become in my eyes just as connected to this property as the original creator has. It’s a lighthearted look at the some of the occult mythology and Cthulhu by way of a blue collar demon who’s just doing his job hunting the other supernatural things that go bump in the night. Throw in some Nazis, a fish, and a firestarter and you’ve got yourself a movie.

It wasn’t until the second movie where del Toro really got to make his visual mark on the Hellboy universe, throwing in some amazing creature designs that were carried over from his work on Pan’s Labyrinth. Instead of tackling the Cthulhu mythology, this movie takes on a more Eastern mythology with many Japanese inspired creatures and Oni as well as giving something more for Abe Sapien to do. Again, like many superhero sequels, the budget was higher, the action was better, and the story was tighter by not having to address the origin story. It’s still one of my favorite superhero movies of all time. 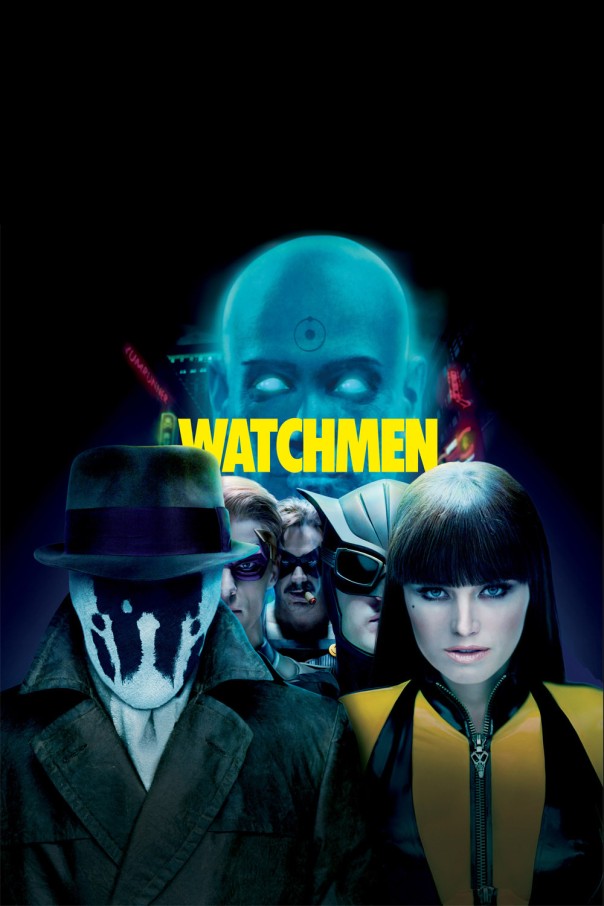 I know, I know, technically DC published Watchmen but aside from Batman and Superman, this is DC’s only other really notable superhero movie next to Catwoman for entirely different reasons and I didn’t know where else to put it. This is widely considered one of the greatest graphic novels ever made and widely considered impossible to be made into a coherent movie. While some fans of the original graphic novel aren’t fond of Zack Snyder’s adaptation of the movie into something with more action and no giant squid ending, many who weren’t aware of the graphic novel were sucked into this dense, multilayered story with much more under the surface than a typical action movie. There are definitely some flaws to it, but it’s an impressive take on an impressive story.

While Kick-Ass wasn’t the first superhero movie to feature someone without any super powers deciding to become a costumed vigilante with darkly comedic and bloody results, it was the most popular and the only one that eventually returned with a sequel. It also featured a stand-out performance by young newcomer Chloe Grace Moretz as the much-closer-to-a-superhero Hit Girl. It also had a surprising performance from Nicholas Cage going over the top as usual, though his odd Adam West-like impression worked well for his unbalanced character. Its visual style and pop music sensibility brought a different energy to the superhero movie and it’s no surprise that it got a sequel even if it didn’t quite live up to the promise of this one.

One of the few foreign movies on this list even though it’s probably not all that well known in the US. It’s based on a long running Manga series written by Hiroya Oku which was also adapted into an anime TV series. It follows Kai and Kato who die in a subway accident and are revived by a mysterious black orb they come to know as Gantz and are forced to participate in a game where they are given suits which imbue them with superhuman abilities as well as advanced weapons which allow them to take out a series of alien invaders hiding within Tokyo. There’s several rules to the game and plenty of death for the already dead contestants, but it’s an extremely interesting concept and the live action version looks pretty impressive.

Don’t call it a reboot, this is a much more proper representation of a beloved character that few people outside of the comic book fans know about outside of the old Sylvester Stallone movie which pulled a few story elements from the comic and threw the rest of it out the window. This movie stays much closer to the source material including the biggest element that Dredd never removes his helmet on-screen for any reason whatsoever. It’s a great action movie set in the future, and while it’s arguably more of a sci-fi comic book adaptation than a superhero movie, the visual style and the fact that Dredd is such a recognizable central figure I thought this was something that I just had to include.

There are quite a few comic book films that I left out because they were less strictly superhero movies and/or they weren’t very good quality movies like R.I.P.D., 300, Tank Girl, Timecop, Wanted, Barb Wire, and Sin City. I also left out many of the other detective style heroes around the same era as the Shadow like Dick Tracy and his various classic movies. Nor did I include the action mess from another acclaimed graphic novel series League of Extraordinary Gentlemen. Is there anything you think I left off that should be included? Make sure to check out the polls that I’ve been doing these past couple months to see what I should include, and I’d like to thank those of you who have been following this project. Come back one final time in just a couple more weeks to see the full list. Until next time, this has been Bubbawheat for Flights, Tights, and Movie Nights.