It’s been a while since I’ve participated in a blogathon that I didn’t host, but when I saw the O Canada Blogathon over at Speakeasy all the way back in October I figured I could come up with something Canadian to join in. Although my first two thoughts were shut down for various reasons, I knew there was a very obscure Canadian independent film called Sidekick, but it’s also so obscure that I’m having trouble getting my hands on it. I also knew about a French/Canadian production called Crying Freeman, but looking into it I realized it was based on a manga rather than a comic and I’m holding off on those for the moment. So last on my list was this one. I had watched the first Heavy Metal last year but hadn’t heard good things about the sequel and since I didn’t care for the original all that much I didn’t have high hopes for this one. And for the most part my fears were right. 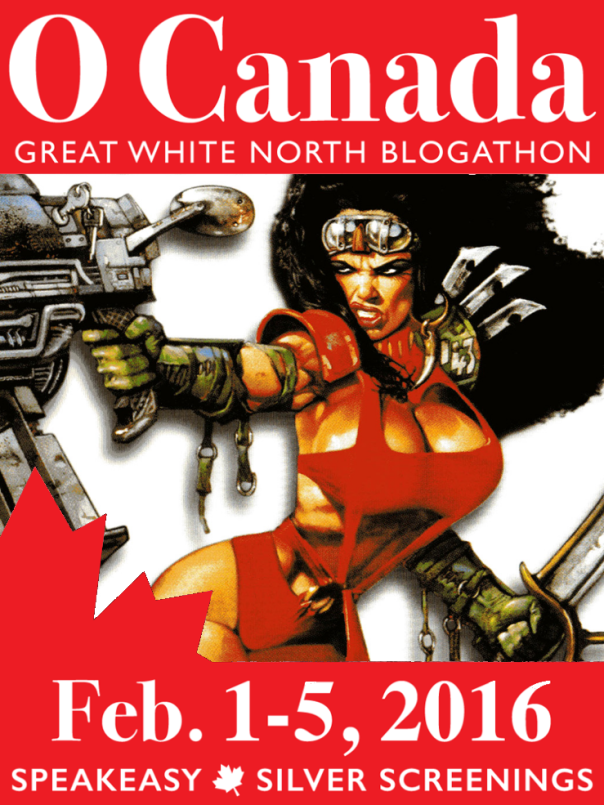 When compared to the first film the biggest difference besides the difference nearly 20 years makes is that instead of being an anthology film of several shorts linked together, this film is comprised of a single story. There isn’t any giant green orb, instead there’s just a green shard that may or may not actually have any connection to the orb. Likely not since Heavy Metal itself isn’t specifically an ongoing comic with a single story, or even a series of interconnecting stories. But instead it’s more of a magazine that has collections of comics, stories, and artwork so it does actually make sense that this film doesn’t directly follow the previous Heavy Metal movie in any way, shape, or form. But besides the story connection, the voice work also suffers quite a bit. Where the original had a voice cast that had many connections to SCTV at the time, including the likes of John Candy, Eugene Levy, and Harold Ramis, the sequel’s claim to fame as far as voice actors go came down to Michael Ironside as the voice of the lead villain and Billy Idol in a smaller role.

The story of the film also wasn’t exactly taken from the pages of Heavy Metal, but was a comic called The Melting Pot by Simon Bisley, Eric Talbot, as well as Kevin Eastman who is most well known as co-creator of the Teenage Mutant Ninja Turtles. It wasn’t until several years after the film was made that there was an extended version of the comic released as the entirety of an issue of Heavy Metal magazine. The lead protagonist of the film, Julie was drawn based on Kevin Eastman’s wife at the time Julie Strain in both the comic and for the film, not only that but she also voiced the character. Unfortunately, Strain is best known as an adult and softcore film actress and that level of acting definitely shows in her portrayal of Julie here. She’s generally flat with very little emotion or believability. Michael Ironside is the high point of the voice cast, as would be expected, but he’s really hamstrung by the dialogue that tends towards amateurish attempts at adult humor then end up feeling more childish than actual mature adult humor. As the villain Tyler, Ironside has lines like “I could say I’ve died and gone to heaven, but that wouldn’t be true” or mentioning how a fight to the death really makes him horny. There are other similar moments of cheesy adult humor, there’s a hapless engineer who gets kicked off of Tyler’s ship but not killed for some reason, and reluctantly joins Julie and her quest. While they are at the big spaceport, he ends up buying a robotic sex doll whose features take up way too much screen time in return for a very silly oral sex joke when their ship is crashing. 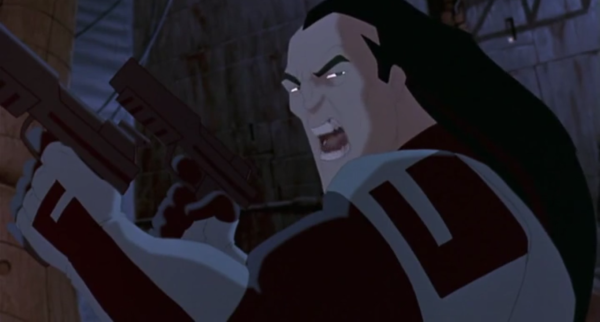 Tyler also had way too much hair for having Michael Ironside’s voice.

The other slight departure from the first film is the surprising lack of nudity. Where it was a very frequent occurrence in the first film, this film only has about four relatively brief moments of nudity and sexuality, and only one of those comes close to a moment of actual sex. Instead, the gore factor has been upped quite a bit as Tyler is basically a crazed, bloodthirsty maniac who kills whenever he feels like it. The actual story barely even seems to matter, or make much sense for that matter. It just seems like an excuse to string together a bunch of action scenes together with Tyler at the forefront. Essentially he has found a key to the fountain of immortality, but the key makes him go insane. Julie happens to be from a planet where some of the water from the fountain was hidden ages ago which allows Tyler’s scientist to extract this water from the bodies of the planet’s inhabitants and create a potion of strength and regeneration that Tyler swills any time he gets injured and/or nearly killed. Somehow he also manages to become leader to a giant tribe of lizardmen and it all doesn’t make much sense until everything is somewhat explained at the very end. 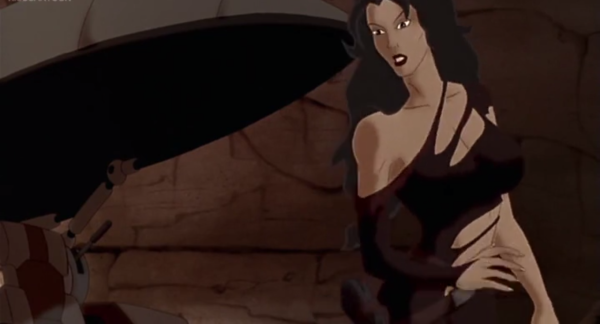 It doesn’t take a whole lot of time before Julie’s costume gets ripped to show a lot more skin.

The animation itself is a combination of CGI and traditional animation, where the CGI is mostly used for all of the space scenes including all the various spacecraft. The traditional animation is fairly standard, and the CGI is ok for its time but doesn’t really hold up anymore. There’s also many moments of explosions that are either done with CGI or stock footage, but they are used in conjunction with the traditional animated backgrounds and do not sync up at all. It is unfortunate that this film didn’t live up to its potential. There is room for a more adult animated story, especially one with sci-fi elements, but this had a weak story, a weak voice cast, and couldn’t even live up to its predecessor. It’s not a complete failure, once the exposition finally starts kicking in and you can start to understand what’s been happening during the first two thirds of the film there are some worthwhile concepts, and a bit of a surprise twist. But for the most part it’s really not worth tracking down for any reason, even the music was a bit of a letdown. There were a few bands that I recognized and enjoyed, but none of the music felt very iconic and it was rarely integrated into the scenes very well. In fact, there’s an early scene where Julie’s planet is getting attacked and it should be an emotional scene as Julie cries out for the people who are dying around her, but when it’s backed by a death metal song the tone feels much more like an action movie that’s laughable rather than devastating. Until next time, this has been Bubbawheat for Flights, Tights, and Movie Nights.