I’m always on the lookout for superhero and comic book movies, especially some of the more obscure ones. But it still came as a surprise when I was looking through the DVD section of my library in a relatively small suburb of Chicago when I happened to see a DVD that caught my eye for this film. It surprised me even more when I looked it up on IMDB and saw that it only had 13 user ratings which made me wonder how it ended up in this library in the first place. But less surprisingly was that it was an ultra low budget film along the lines of something like Captain Battle or the Amazing Bulk, only with surprisingly lower production values, acting, or much of anything else. 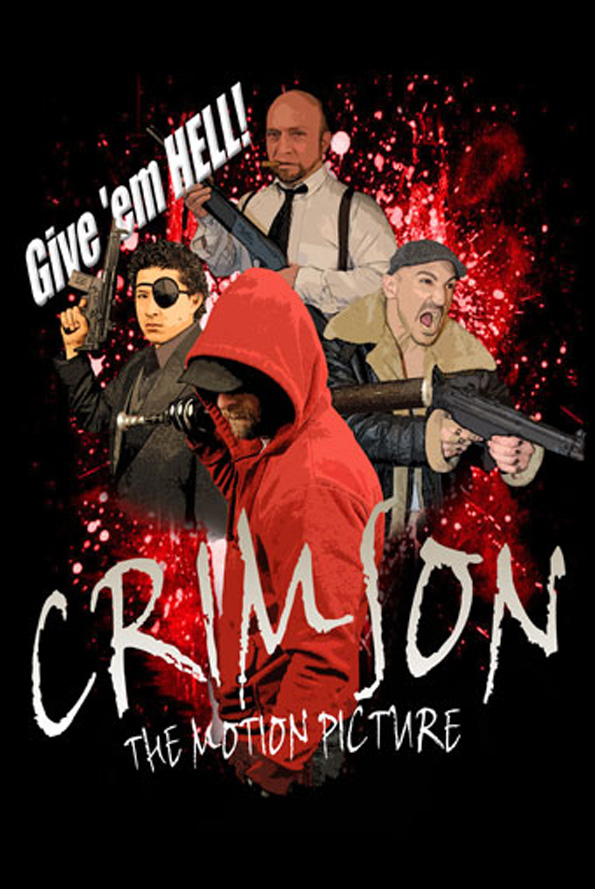 Crimson falls into one of those categories of superhero films where it’s not really about a superhero at all, but it’s about a guy who has/gets a mental disorder and thinks he’s a superhero. In this version, Walter is a struggling comic book artist who somehow was paid by his distributor to work on this single issue comic for a full five years. His superhero Crimson fell into a vat of molten crayons and can no longer feel pain. Walter gets beaten up outside a bar after getting fired for pitching that horrible idea for a comic, loses his memory, and thinks that he actually is his Crimson character. Oh, and he also doesn’t feel pain just like the character either.

But that’s not the entire story, there’s also a subplot where there’s a mob boss who is trying to buy a random house in the slums that just so happens to be owned by Walter’s sister. The mob consists of: a short, bald guy who has his two sons as his main henchmen, the fatter brother who they play up the fact that he’s a bit of an idiot, the crazy brother who just got out of jail and seems to be doing an amateurish impression of Loony Bin Jim from Punisher: War Zone, and the silent Asian guy with an eye patch who of course knows martial arts. There’s a few other henchmen, but they don’t have much in the way of personality. 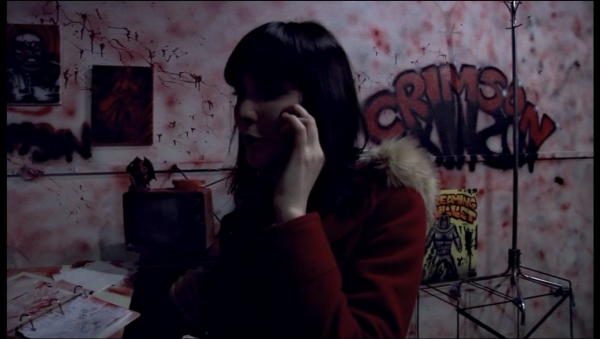 Where the problem really comes in is that this is a low budget film, but it makes a lot of common mistakes that a fresh filmmaker would make in a low budget film with untrained actors. The most annoying one is poor sound quality. Nearly everything feels like it was recorded during filming, with all the extraneous noises that accompany it as well as the lack of a score. But they do bring in a touch of a score near the end of the film in a way that’s extremely distracting. At first it pops in for literally about five notes on a piano, then about ten minutes later it continues the score for about a minute, then it goes into a full on classical piece that runs over a giant action scene in place of any sound effects or the on-set sounds. There’s also a moment where Walter pins his boss down and breaks one of his fingers. Specifically the one on the far side of the camera that’s blocked by his head, but luckily they let us know that the finger is broken when the boss screams “you broke my finger!” And there are many places throughout the movie where they use similar first-idea cost cutting measures that make it feel like a fun project with a group of friends rather than a professional movie.

That group of friends mentality is continued when it comes to the fight choreography. There are plenty of fight scenes throughout the film, and if the surprisingly ample supply of IMDB trivia is to be believed – and it’s likely to be true as it’s likely to have been written by someone involved with the film – there were plenty of minor injuries from all of the fight scenes. But while the actors were busy getting hurt as they were getting thrown into tables, their pain didn’t end up creating a visually impressive fight scene. Most of them felt very slow and tedious, and the occasional gunplay was also incredibly unbelievable. Occasionally, this was all undercut with a sense of humor, but it rarely meshed well with the tone of the rest of the film. It felt less like comic relief or a total comedy and more like a tone deaf attempt at humor. There were a few moments that landed, but some of those were moments that were intended to be taken seriously, but were done in such an amateurish manner as to become hilarious. 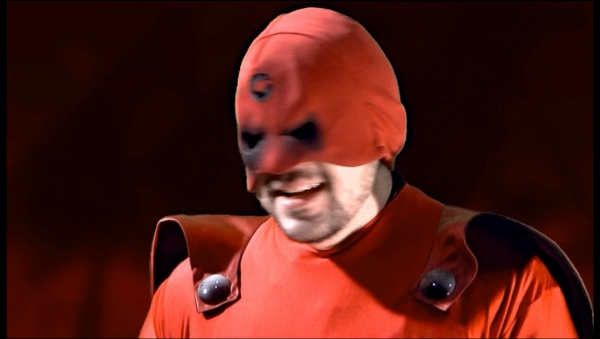 Even when looking at the overall story, trying to ignore the poor acting and filmmaking, there is much to be desired. Walter has a long suffering girlfriend who leaves him when his comic goes belly-up and gets killed fairly unceremoniously halfway into the film with little consequence. The fat and stupid mob member early on ends up trying to carry out an unusually complicated plan coming from someone who was set up to be such a fool where he plays at being the savior in order to earn the sister’s trust to get her to sign over the house, but ultimately boils down to just repeatedly asking her to sign it. Walter also ends up using a tired, raspy Batman-esque voice after he loses his memory and becomes Crimson which got pretty old pretty quickly. There was just so much that could have been done better, there’s very little to recommend here. Not only is the acting poor, but the characters are caricatures, and it’s worth repeating that the sound quality is really difficult to get past, especially when the entire movie minus a couple scenes is without a score. It’s best to just leave this one alone. Until next time, this has been Bubbawheat for Flights, Tights, and Movie Nights.