I’m nearly caught up with all of my 2017 releases and now I just have one more DC Animated movie until I’m back to being fully caught up with all of their mainline releases other than the LEGO series. This continues the darker branch of animated movies that have gotten bloodier and this marks the fourth R rated feature. There’s plenty of blood, in fact this may be the highest on-screen kill count for any of these DC Animated movies to date and they’re typically bloody deaths and not just bloodless/faceless kills. It also brings in a handful of characters and ideas that are a little farther out there, and some that were very unfamiliar even to someone like me. But it all came together in an enjoyable way, there was even an interesting little twist that was unexpected but worked. It was totally a solid film. 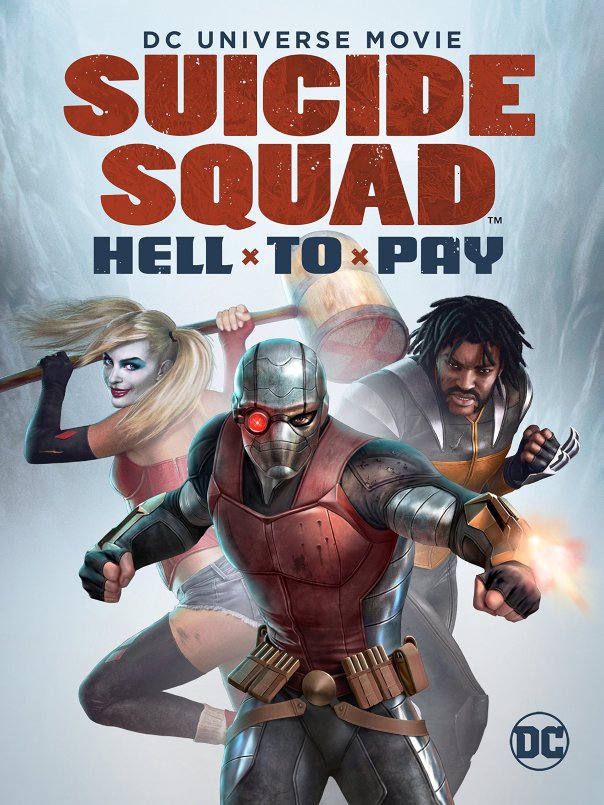 The most difficult thing to get into with this film is the cast of characters, especially for someone with limited knowledge of the lesser known comic book characters. The film opens with a brief mission that does a good job at setting up a few things. We get introduced to Deadshot who is more or less the main character here voiced by Christian Slater. We are also introduced to how violent this film will be as the initial Suicide Squad goes into this train with guns blazing, leaving a trail of bloody gunshot and laser wounds in their path. We are also introduced to the Suicide Squad expendable nature of the team as everyone except for Deadshot gets killed either by another member of the team or by Amanda Waller’s implanted head explosives. This introduction works better than the live action movie that had the extraneous character whose soul purpose was to have his head blown up as an example. Here, it’s a little more well handled, though it was hard to get a feel for the three expendable characters who also didn’t get much set up and two of them felt like a cut rate Joker and Harley Quinn.

The cast of characters in this film is actually quite large, and it does span a larger part of the DC Universe than the typical Batman, Superman, or Justice League films. We’re introduced to DC’s answer to the Lizard with Copperhead, Dr. Fate, Vandal Savage and one of his daughters and DC’s answer to X23 with Scandal Savage, Banshee, Blockbuster, DC’s answer to Black Panther with Bronze Tiger, and several others. One of the better inclusions was Zoom whose design was exactly the same as when he showed up in the Flashpoint Paradox. Not only that, but there’s a twist towards the end that he actually is the exact same version of that character complete with the same voice actor and hole through his head. Aside from the throwaway characters in the beginning, and a couple others along the way, each new character has a nice little introduction and motivation, usually involving the big Macguffiin of the movie which is a “Get out of Hell Free” card. 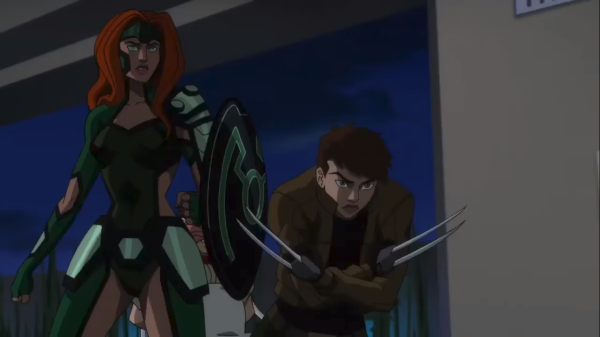 Even though the Macguffin has mystical elements, there are plenty of characters working towards getting that card, whether they believe in its power or not. And despite having so many different groups of characters with their own motivations and several double crosses mixed in along the way, they all progress very smoothly without feeling overly convoluted. Everything escalates the more characters we’re introduced to and the more connections we get to see. From Vandal Savage needing the crazed pig-masked surgeon to surgically implant the card inside of him to the reveal of Zoom’s hole in his head to Bronze Tiger’s confronation with Zoom, even the early sidestep with the male stripper who spent a couple months as Dr. Fate. It all feels like plenty of fun, but it’s all leading to something bigger.

The main group in this Suicide Squad is quite fun, there are the usual suspects with Harley Quinn and Captain Boomerang as the typical comic relief and they play their roles well enough. There’s the leader slash skewed moral center of the team with Deadshot, and this time he has a moral companion with Bronze Tiger. There’s no clear explanation as to why Tiger is locked up in the first place though plenty is made about how he refuses to kill any innocents. And the two more powerful metahumans are Copperhead who has a biotech snake tail, acid spit, and likes to crawl around and look creepy to the commonfolk around him in a fun way, and with Copperhead is Killer Frost. 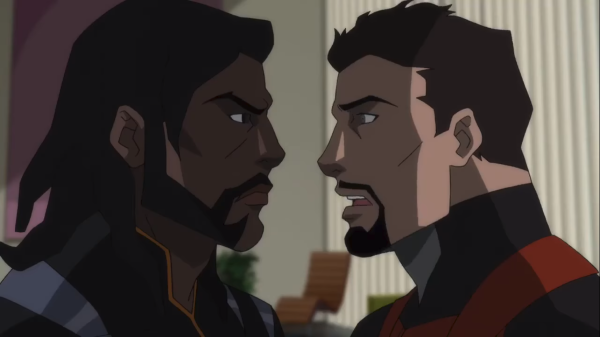 The one other somewhat big surprise about this film, but it’s one that actually falls in line with the entire concept of the Suicide Squad is the kill count. Very few characters actually make it out alive by the end and dozens of random minions get shot or otherwise brutally murdered. It’s clear that this is a group of villains, where Killer Frost will completely freeze a random security guard and Harley Quinn will casually knock his frozen head off his body with her baseball bat. It’s violent, it’s gritty, but there’s still an element of fun to it especially when the big thing they’re after is a more powerful version of something you would find in a Monopoly game. It’s a good combination of silliness with extra seriousness. Where the previous animated Suicide Squad felt like it was aiming for a take on a 70’s cop movie, this feels like they’re doing a take on a more gritty 90’s cop movie and it works. Until next time, this has been Bubbawheat for Flights, Tights, and Movie Nights.