Every year since running this site I’m constantly discovering new superhero and comic book movies that fly under my radar through most of the year. I discovered that this film was releasing on Netflix about a week before it came out. I didn’t hear very good things, but the trailer looked pretty stylish and it starred Mads Mikkelsen. It’s a hyper violent, sexed up action movie but the plot felt empty and hollow. I’ve seen plenty of these types of movies where there’s a career criminal that for whatever reason ends up on the wrong side of the organization that they work for and have to turn against the other criminals in order to survive. And while it does have some good moments here and there, it doesn’t add up to a very good movie. And as this is a recent movie, I will be discussing it in full so this is your spoiler warning. 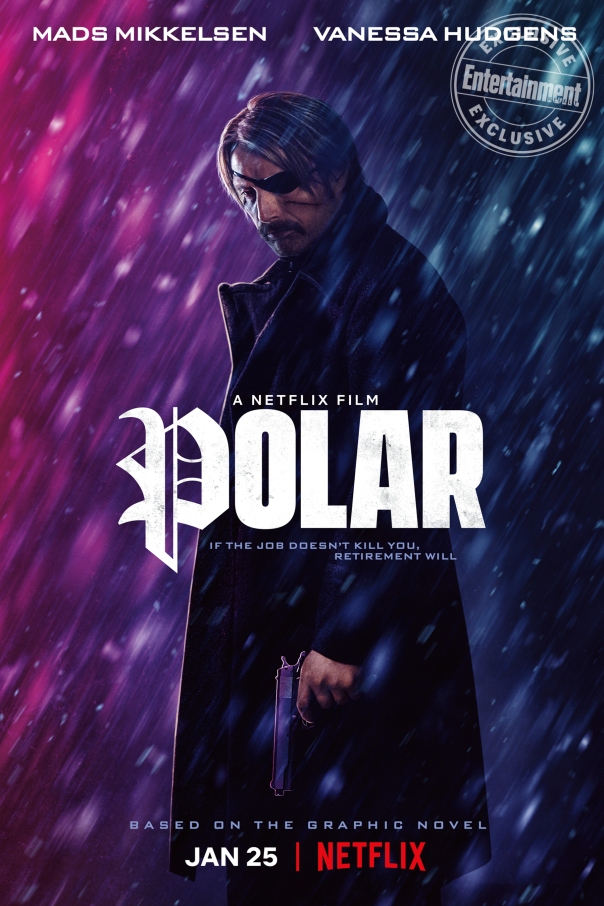 Mads Mikkelsen plays a Duncan, a hitman two weeks from retirement and a very generous pension. But as with most criminal organizations, especially ones that involve killing, they would rather just get rid of him rather than pay him. Unfortunately for them, he is a little too good at his job and is much harder to kill than they expected. These types of stories are a little bit difficult to realize well. When you have someone who is an expert at killing and avoiding being killed then they tend to come off a little too overpowered. There is a moment in this film where Duncan picks up a woman who’s part of the group trying to find and kill him, he takes her to his house, has an epic sex session with her, and right after she’s being told to go down on him for the kill shot, he lifts her up so she gets hit with the sniper rifle instead of him. It does become the best action scene in the film, but it begins the scene with a moment of extreme incredulity. There’s also a point in the film where he gets captured, endures three days of torture, but manages to not only free himself on day four, but he also takes out a couple dozen armed guards on the way out with only a couple extra bullet wounds in the process. 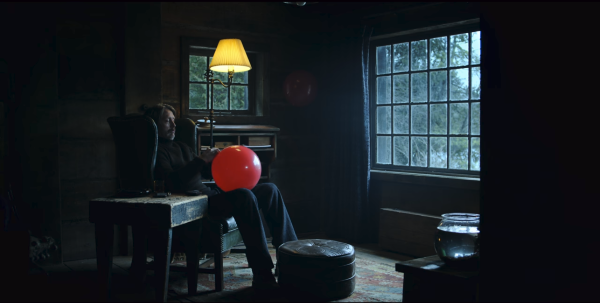 There are moments in this film that work well like the way that color is used throughout the film. This is a film that revels in its excess, the excess of violence and the excess of sex. We get to see the life of these hitmen as they are searching for Duncan’s whereabouts and every time we see them as well as the organization’s handler Vivian, they are surrounded by bright colors, naked breasts, and blood usually follows soon after. Meanwhile, Duncan’s home life in Triple Oak, Montana is practically devoid of color aside from the green trees poking above the ground covered with snow. Although for the most part, there’s usually one specific element on screen that pops with color while the rest of the background is muted. The problem comes when the color draws attention to itself, but it doesn’t always seem to have any meaningful importance to the film or to the story aside from the fact that it should be noticed. 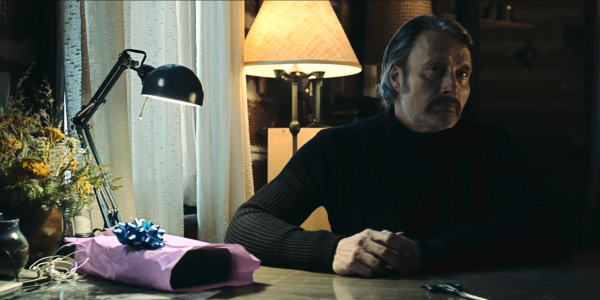 Aside from the juxtaposition between the bright colors of the excesses of the hit squad and Duncan’s more monochromatic life in Montana, there’s a similar juxtaposition with the action and sound. While we are following the hit squad, there’s music, everyone’s loud and frenetic, but in Montana life is generally quiet unless we get flashes of Duncan’s previous life as a hitman. Honestly, the quiet moments are where this movie works the best. Mikkelsen is a great actor and he pulls off this level of regret of a man wanting to leave his past behind but is unable to escape it in more ways than one. The twist at the end is also well handled when it’s finally revealed that this single woman living next door to Duncan isn’t just a lonely soul struggling to make a life for herself in this small town, but she’s someone who saw Duncan in action during his prime. She witnessed him kill her entire family except for her, and then benefited from his conscience-clearing donation as part of his self-imposed penance for the life he leads. She followed the money to find him and get revenge, despite the fact that he doesn’t even recognize her. It’s a great concept and it has a great ending where it appears that they will team up to find the person who paid to have her family killed if there is a next movie.

Unfortunately, while there are some great concepts here and there, it never really adds up to form a cohesive movie. None of the characters really feel like they’re fleshed out past one-note caricatures. None of the hit squad really has any personality outside of a unique look. The main villain of the movie is not just one-note but seems like a complete idiot who continuously under-estimates Duncan and keeps sending bodies at him. There’s a great moment after the climax where Duncan finally confronts the head of this organization and the hired guns are aware of his reputation and just let him pass so they won’t get killed too. We’re supposed to side with Duncan because we see him care about people, but it’s generally inconsequential or undercut. He buys a dog but accidentally shoots it after owning it for less than a day. He cares about a prostitute’s child but books them in a room that he uses as a distraction to take out the first set of killers who were supposed to take him out and the mother and son are never seen again. After he escapes his torture, he’s rescued by a character that comes out of nowhere to help him out, gives him an armory, then also disappears from the story. There are good moments, good action scenes, good concepts, but when it’s held together with sticky tape it’s difficult to call it a good movie. Until next time, this has been Bubbawheat for Flights, Tights, and Movie Nights. 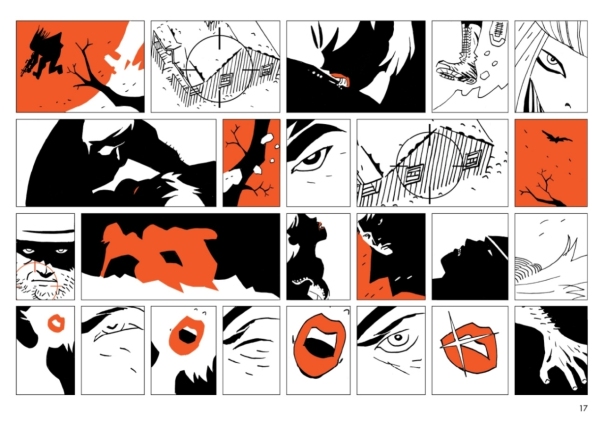