← Ghost Rider: Spirit of Vengeance
What makes a good villain? → 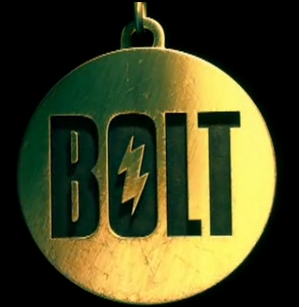 It’s Saturday afternoon and I’m looking forward to catching up on my movies… well not technically catching up, but getting back to being ahead of schedule. And what better way to do that than with a bunch of movies that I can watch with my daughter. A lot of last month’s movies were rated R so I had to find a time to watch them when Jena wasn’t around. I also don’t have any specific schedule so it’s just whichever movie she is more willing to watch at the time, and tonight it was Bolt. She’s been watching it a few times last week, but I haven’t had the chance to watch it with her until now. It’s not exatcly what many people would think of when they think of a superhero. One one level it’s an animated kids cat and dog movie where they travel across the country to get back to their home. Based on that it sounds more like Homeward Bound than Krypto the Superdog. But it’s a totally fun movie with a good mix of action, comedy, and heart. And Jena absolutely loves the entire movie from start to finish. The entire rest of the day she was talking about Bolt and Penny.

Bolt is the canine star of an extremely high budget action television show, and instead of using several dogs and having them trained for specific tasks, they have one dog and train him to believe that he is a super dog. The action in this opening scene is great, it feels like a total big budget action movie. When you look a little too closely at it, it doesn’t make much sense that they would spend that much money on a weekly television show, but the action scenes are so good, and the behind the scenes are so funny that you don’t look too closely at it. The agent, the director, and the network agent are all great characters, and of course the network has to give them notes that Bolt shouldn’t succeed in every episode, so they they end on a cliffhanger with the girl Penny captured.

Of course this movie would have been over a lot quicker if they would have just traveled by map.

This is where the movie really starts, with Bolt escaping and accidentally getting shipped to New York in a misguided attempt to rescue Penny. And now Bolt has to go on a cross country trip back to Hollywood with a stray cat. It sounds kind of formulaic, but it works. There’s all sorts of interesting characters thrown together along the trip, from all sorts of stupid pigeons, to my favorite character of the whole movie, the television addicted hamster in a ball named Rhino. Everything he says in this movie is hilarious. One of the other things I really like about this movie is how they don’t over anthropomorphize the animals. Yes, they have human personalities and they talk, but they still typically act and move like animals. The only exception is some of the amazing and absurd things that Rhino does like when he somehow manages to find a ladder and is in the process of bringing it to the other two animals while he is still in his hamster ball. I especially love the montage where Bolt is essentially being taught how to be a dog by a cat. I just loved it.

I'll get my ball!

Both of the non-super action scenes in this movie were pretty impressive too for different reasons, with a great mix of a little bit of action, a little bit of comedy, and a little bit of heart. I thought Miley Cyrus was really great in this movie as the voice of Penny as was John Travolta as the voice of Bolt. There’s a lot of times in movies where I hear the actor’s voice and it totally feels like it’s that actor playing the character in the movie. The best ones are when you forget who the actor is and just see the character there, and that’s how I felt in this movie. I’ve heard a lot about Miley Cyrus’s social downfall if that’s what you want to call it, with the partying and whatnot, but I didn’t really think about it once during this movie.

Don't ask me why, but this cracked me up.

When I asked Jena about this movie, of course she said it was great. Her favorite character of the movie was Penny and her favorite part was when Bolt got back home to Penny. She liked it best when Penny petted Bolt. The only thing she didn’t like about the movie was the stupid green eyed man. I decided not to try and make a video with her this time because I’ll be watching a lot of movies with her and I don’t want to over do it. I plan on watching the old Adam West Batman movie with her and getting her thoughts about that on video, as well as if I can get her to watch both Zoom and Sky High and try to get her to talk about the differences of those two movies and which parts she liked better. One of those three movies will be my next review on Thursday, depending on which one we get to first. Until next time, this has been Bubbawheat for Flights, Tights, and Movie Nights.

← Ghost Rider: Spirit of Vengeance
What makes a good villain? →