Superhero Shorts: Three to look out for

Welcome to an atypical edition of Superhero Shorts, once again I was shorthanded on getting a new interview, so instead I thought of a better idea. Instead of talking about a fan-film that’s already been finished, I thought I’d take a quick look at three projects I found on Kickstarter that are trying to get enough funding to be made. I didn’t get a chance to talk to any of the project founders as this was a fairly last-minute idea, but they all look pretty interesting and I think they’re worth it. So if you’re looking to help bring new superhero fan-films to light, then look no further. 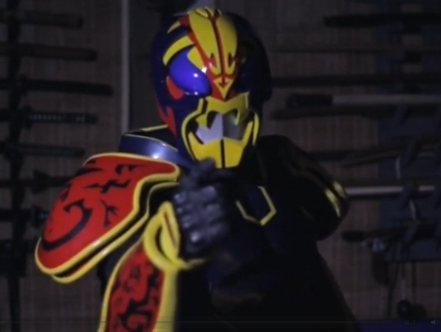 This is a filmmaker in Hawaii named Sam Campos who is working on a Super Sentai style webseries. If you don’t know what Super Sentai is, the most popular example is the Mighty Morphin Power Rangers. This, however, is a much more adult oriented version of that show with a lot more drama, less cheese, and well done action. Campos has earned his chops working in Hollywood and has returned home to Hawaii to bring an homage to an old Hawaiian Sentai show from the 70’s called Kikaida. The costume designs are really fantastic and I could totally get behind a webseries like this. Check it out, and if you like it be sure and donate to the Kickstarter to make sure it gets funded. This has the loftiest goal of the three, but is also making some strong progress. $20 gets you a mini poster, $50 gets you a custom facemask, $100 gets you the first three 30 minute episodes in movie form on DVD.

This one is from filmmaker David Hoang and propmaster Joshua Cole who want to create a short film featuring an epic Marvel vs. Capcom style battle between Doctor Doom vs. Ryu and Chun Li. It sounds like they have some pretty experienced filmmakers behind this project behind the camera. I always enjoy franchise mash-up shorts because it’s something that will almost never happen in real cinema because of all the licenses involved. And while video game martial arts movies almost never turn out good, when you don’t have to worry about the plot and can just focus on the actual fight scenes, it has the possibility of becoming something great. If you like this one out be sure and donate to the Kickstarter to make sure it gets funded, this one’s already 2/3 of the way to its goal so it has a very strong chance of being funded. For $40 or more, you get a copy of the DVD.

[Update: the funding for this project was succesful] 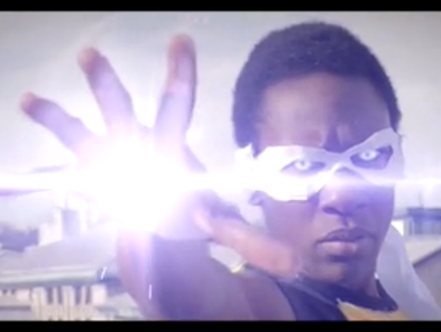 This one is from a filmmaker in New York, David Kinskey-Lebeda who is actually creating a sequel to a previous short film about Static Shock, which boasts some nice humor and pretty decent special effects. I was never really familiar with Static Shock, but I thought the first one looked like a great origin story, something along the lines of Kick-Ass only with actual superpowers. I enjoyed the first part and I think it would be great to see it continue on, especially since there are so few black superheroes on film, and this one is a pretty good one to get behind. If you like it too be sure and donate to the Kickstarter to make sure it gets funded. This one still has a long ways to go, but $25 gets you a T-Shirt, and $60 gets you a copy of a DVD with both parts of the series, though I can’t tell if it’s intended to just be a two-parter, or if it wants to be an ongoing series.

[Update: The funding for this project was unsuccessful]

And there you are, a quick look into the fan-films in progress. Hopefully one day soon I’ll be featuring the finished versions of these films, as long as enough people can help them out. And one final thing, I’m looking to change the name of this feature and am looking for ideas. Do you like Superhero Shorts? I think I’d like to have something that touches on the fan-film and interview aspect. My current ideas are “Costumes & Kicks, The Secret Identities of Fan Flicks” or “Kicks and Tricks, Interviews with Fan Flicks” or some combination. If you have any preferences, or different ideas, I’d love to hear them. I’m working on getting a logo done this month by the same artist that did my main logo for me. Until next time, this has been Bubbawheat for Flights, Tights, and Movie Nights.