Is “Direct-to-DVD” a Dirty Word?

Are Movies With Theatrical Releases “Better”?

I follow a lot of movie sites, and most of them have a focus on theatrical releases as well as back catalog favorites. But there is an entirely different market out there consisting of movies that skip the theatrical release and go straight to home video through services like Amazon and Redbox. When talking about these home video releases, many people think of things like Asylum films and their low budget mockbusters made to capitalize on the projected success of many of the Hollywood summer blockbusters. But there are plenty of other categories of “direct-to-blu” videos that aren’t so cut and dry. There are a great many DC and Marvel animated films that have come out in the past several years, and while the run time and budget speak to a home video release, the acting and story are often just as strong as any theatrically released animated movie. 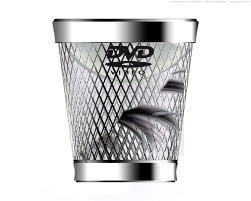 So what are your thoughts, do you see a movie that never got a theatrical release and immediately think that it’s worse off because it didn’t “make the cut”? Or do you do the research, look up an online trailer, try to find a review, and judge it on its own merits. Obviously, I watch quite a few direct-to-home-video releases and there are quite a few that I find very enjoyable. Have you discovered a home video release that surprised you? Or do you still attach a stigma to those movies that couldn’t make it into theaters? Until next time, this has been Bubbawheat for Flights, Tights, and Movie Nights.