The League of Extraordinary Gentlemen 2003

I had heard a lot of the behind the scenes stories about this movie, it’s Sean Connery’s last on-screen role before going into retirement, and there were a lot of struggles between him and the director. It got a lot of negative press after it came out because the source material is very literate while the movie is much more of a dumbed down action movie that spells out any references it makes so that more people will catch the reference, like when they make the Around the World in 80 Days reference, and then points out exactly where it came from. But I did enjoy the movie then, and I still mostly enjoyed it now even though I recognize a lot more of the flaws in it this time around. I think it helps that I’m not actually familiar with the source material comic. It’s not an incredibly deep movie by any means, but it does have some fun bits inbetween the ridiculous moments. 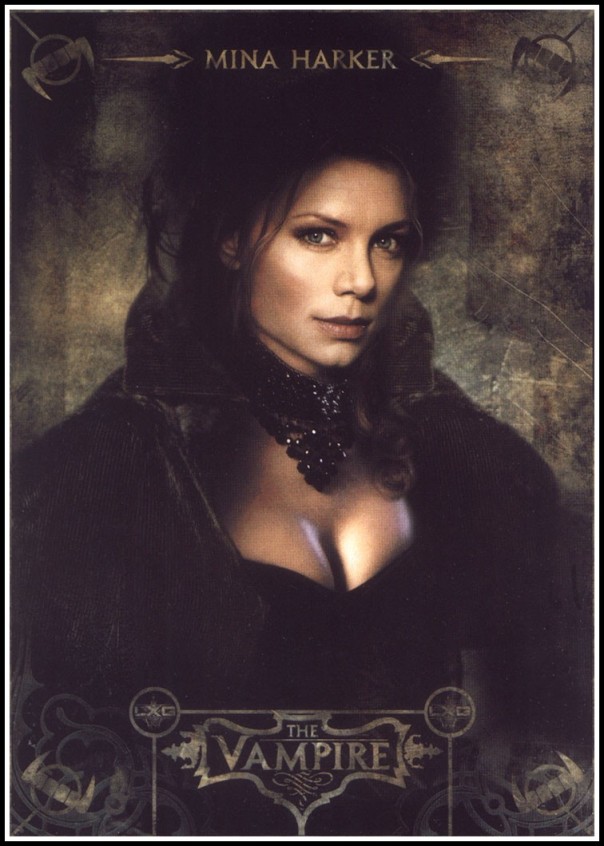 I think one of the biggest problems with this movie is that there are too many characters. The one with the most screen time is of course Sir Sean Connery as Allan Quarterman, one of the characters that I wasn’t actually familiar with before watching this movie and am still not familiar with outside of this movie. However many problems he was having behind the scenes, he still manages to put a nice performance. Next up is probably one of the weaker characters that was introduced specifically for the movie and the movie’s American audience since most of the literary figures are from European literary works. Enter Tom Sawyer who somehow is now a Secret Service agent who is also investigating this whole situation in Europe. He is set out for Quartermain to be his adoptive father figure since Quartermain’s son died in an earlier mission. Next up is vampire chemist Mina Harker and one of the weaker characters. She has some overpowered vampire abilities but she barely uses them for anything important, and has had a fling in the past with Dorian Gray and yet is the one where Gray has to explain all of his abilities to. Speaking of Dorian Gray, his power is basically being immortal and yet is also the weak link in the group because of the link to the portrait which holds the secret to his immortality. He doesn’t do much during his time as a hero for the group, and yet also isn’t very interesting once you find out that he is the traitor.

I’m already tired of going through the characters and I’m barely halfway done. Captain Nemo is an odd character, he brings the overly advanced technology with his submarine and automobile, was previously a pirate and has amazing martial arts skills with his sword for some reason, and his first mate is Ishmael who is from Moby Dick and even blatantly uses the first line of the novel to introduce himself. Even the Invisible Man is present, even though it’s not the original invisible man, yet instead he is a thief named Skinner who used the same process to become invisible. I thought he was one of the better characters even though he disappears quite literally for a good chunk of the middle, he’s mostly comic relief but has a few important moments. There’s also Dr. Jekyll and Mr. Hyde who I also quite liked, as well as the technique used to create the monster Mr. Hyde. He’s a giant brute which was physically there as a puppeteered suit while his head was added digitally later. And finally there’s the man that brought them all together, M. He’s not all that interesting until you find out that he is also the villain that they’re after calling himself the Phantom, not only that but his true identity is Professor Moriarty which doesn’t really matter in the end aside from being yet one more literary connection.

I think the strongest part of the plot is the overlying mystery, it may feel a little bit overly obvious on the second watch but it has a decent set up with the typical gathering of heroes, the misdirection of using the invisible thief Skinner as the obvious scapegoat, and final reveal that they are taking their scientific and supernatural abilities and trying to use them for the Phantom’s own means. And yet it does also fall into a cliched trap when they reveal the entire plot to the heroes and the audience even while they try to hang a lampshade on it. The action sequences in general are hit and miss as are the special effects. The Vienna car chase was ridiculous, but the rescue scene in the Nautilus was well done. The uber-Hyde creature looked awful, but regular Hyde and the effects on the Invisible Man still hold up quite well. I still enjoyed the majority of the movie, but I clearly see the problems with it. The strongest part of the movie are the characters and it’s great to see Sean Connery in his last role. Until next time, this has been Bubbawheat for Flights, Tights, and Movie Nights.