Part of finishing off this list of 100 essential superhero movies is bringing in my audience, and so when I got down to the last 20 movies, I decided that I would let you decide. And what better than to reach out to other movie critics and reviewers and even just movie fans to let them argue the case for a superhero movie that they are a fan of and at the bottom of the post, there is a poll where you can vote whether or not you agree if it should be included in the 100 Essential Superhero Movies list. Today my guest is Todd Liebenow from Forgotten Films and he is talking about a series of short films from one of the greatest superheroes of all time, Superman from famed animators Max and Dave Fleischer. 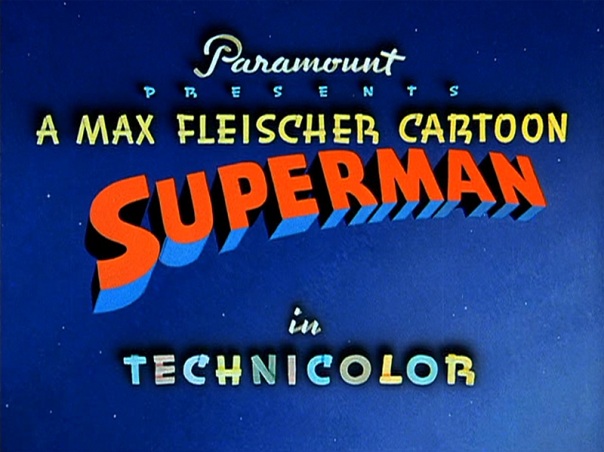 I grew up on classic animated shorts. In the 70’s and 80’s UHF television stations filled their schedules by rerunning animated films featuring the Looney Tunes, Tom and Jerry, Popeye, Woody Woodpecker, Casper the Friendly Ghost, and many others. As a result, many of my generation think of these as television shows, when, in fact, they were originally created for theaters in the 30’s, 40’s and 50’s. Not only that, but they were often not thought of as kids entertainment. Between 1941 and 1943 a series of seventeen cartoons were created featuring the man of steel himself, Superman. In my opinion, these deserve a place among the 100 essential superhero films.

The Superman shorts were originally produced by the Fleischer Studios, and later Famous Studios when the Fleischer brothers parted ways. The Fleischer’s operation was smaller than their competitors like Disney and Leon Schlesinger’s crew at Warner Brothers, but they consistently turned out some of the most original animated films of this era with their two most famous series’ Betty Boop and Popeye. That would continue with the Superman cartoons.

Superman first appeared in comics in 1938, and the first radio show based on the character would debut in 1940. So when the first of the Fleischers cartoons, simply called Superman (sometimes referred to as The Mad Scientist), premiered in September of 1941 it was literally the first time that young fans got to see their hero on the big screen. It must have been quite incredible for the kiddies to behold. While the Betty Boop and Popeye shorts had primarily been done in black and white, Superman was done in vibrant color. I could say that it literally brought the comics to life on the screen, but the truth of the matter is the artistry on display far exceeded that which was being put on the pages. 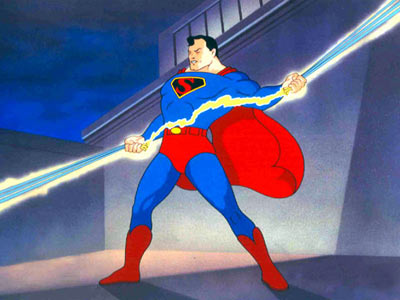 Cinematically speaking, the Superman cartoons were also ahead of the curve. Animation was the perfect medium for the last son of Krypton. Flying is an easy special effect in animation. Not to mention the fact that Supes didn’t start flying until his radio debut, so to actually see it instead of just hearing a “whoosh” over a crackly radio had to be a dream come true to many kids. The animators were also able to employ camera angles and movements that simply were not possible in the live action films of the day. Plus, there was no limit to the wild things Superman could face in these films. Want to have him battle an unfrozen T-rex…no problem. An army of giant robots…you got it! Douse the blue boy in flaming hot lava while he shields Lois Lane with his cape…this is animation, anything is possible!

Though these films are often forgotten, their influence is undeniable. The Arctic Giant clearly inspired the likes of Gojira (aka Godzilla) and generations of other kaiju films. The makers of Sky Captain and the World of Tomorrow admitted the Superman short The Mechanical Monsters as a major influence on the giant robot action in that film. The general animation style of these shorts was also employed by the makers of Batman: The Animated Series and Superman: The Animated Series.

The simple fact that these shorts represent the first screen appearance of the most famous superhero of all time makes them worthy of consideration for the 100 Essential Superhero Films list. That aside, however, these are brilliantly animated films that bring the spirit of 40’s comics to life in way that is tough to match even today. The first big screen appearances of Superman remain among the best.

I’ve seen a few of these classic Superman shorts and while they are dated in many ways, there is still much of it that holds up to this day. My initial aversion to including these is the fact that they aren’t a movie specifically, but instead a series of shorts. But they are very influential in their own right, and they predate Superman and the Mole Man by many years. And just remember, when you’re voting for or against the inclusion of the Superman shorts, you’re voting for the collection as a whole, so it’s now up to you to decide on whether or not you think it should be a part of the 100 Essential Superhero Movie collection. Until next time, this has been Bubbawheat for Flights, Tights, and Movie Nights.