X-Men: Days of Future Past

Many people would say that the last good X-Men movie that we got was way back in 2003 with X-2: X-Men United which also happens to be the last film of the franchise directed by Bryan Singer. There was also the franchise re-boot with First Class directed by Matthew Vaughn which also got quite a bit of critical praise, and now we have this movie. Bryan Singer has come back to direct and Matthew Vaughn contributed to the script to bring the worlds of First Class and the original trilogy back together, even though the Last Stand is treated pretty much as if it never actually happened aside from a few memories in Wolverine’s head about what happens to Jean. Not only that, but this storyline is one of the most iconic and revered within the continuity of the X-Men comic, though I only know what was pulled from it for the 90’s cartoon series. Honestly, I loved where they went with this story and thought it was handled masterfully. There are still some holes here and there, but overall it was a fantastic way to tie together the rest of the movies into a slightly more cohesive continuity. There is a lot to cover in this movie, and as usual I’m not going to tread lightly on spoilers so be forewarned. 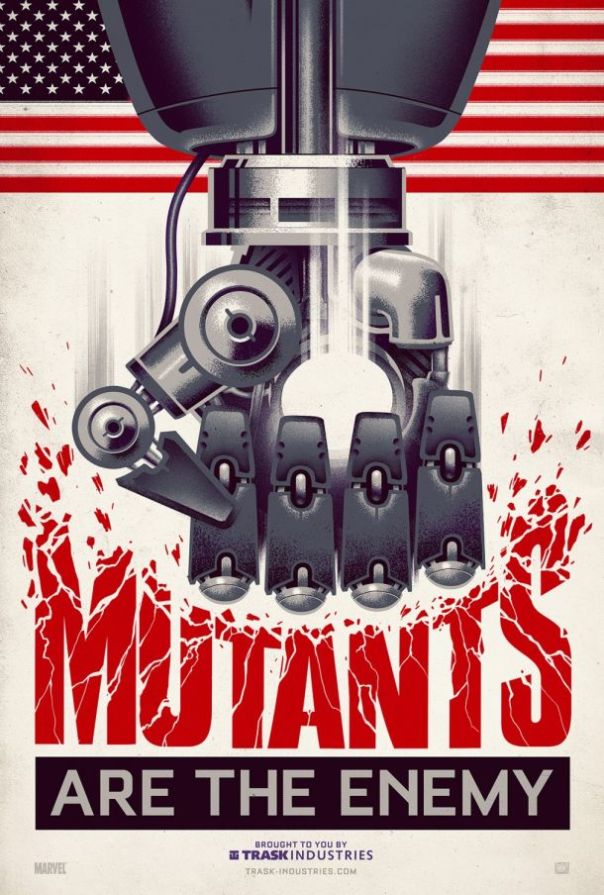 Sentinels are one of the most iconic villains in the X-Men universe next to Magneto and it’s taken them seven movies to finally get around to them aside from the leg of one in a danger room sequence. We also never actually get to see Wolverine do a whole lot to one of them considering that from what I can remember can take one of the robots out single-handedly. The future Sentinels have some impressive abilities, though their look is somewhat reminiscent of the Destroyer from the first Thor movie only with more Mystique-like scales, and the past Sentinels look like vacuum cleaners. I remember originally thinking that the future X-Men looked rather boring in their all black outfits in the trailers, but it was something that I didn’t really notice during the movie, it worked better than I thought it would have. Not to mention that the action scenes with all the other new mutants against the Sentinels were all pretty impressive fights with a lot of unique battle tactics going on with Blink’s inventive use of her portal jumping powers.

One thing that I always enjoy when done right is time travel, and I feel like this movie has all the right pieces for it to work. It has a good set up to explain the rules of how it works without being too confusing or over-explaining. There’s not a lot of butterfly effect changing of the future, it’s closer to the stream effect mentioned in the movie, the small changes create ripples but the overall flow corrects the timeline’s path, it’s only a major change that will fully change the timestream’s course. I suppose another minor weak point is the fact that the drama in the future doesn’t feel as important because the stakes aren’t as high when you know that everything is going to be changed by the end and once that’s gone all that’s left is the action. Which is great, but not enough to sustain the time we do spend in the future.

Where this movie does excel is how it handles the characters in the past. There is a good chemistry between young Xavier, Wolverine, Beast, and Magneto pulled off very well by their respective actors. I also wasn’t originally sold when I found out that Beast isn’t fully Beast in this movie, but is more Jekyll and Hyde, but I bought the explanation as it added an important dramatic situation for young Xavier to get through. Another pleasant surprise was Quicksilver. His character in this movie is just an absolute joy, it brings the right amount of lightheartedness in this very serious movie in the right point in time. If I were to call out one weak point in the characters from the past it would be Mystique. I just didn’t like the way she was handled here. She spent too much of the movie on her own, so she didn’t get much dialogue to help us get into her head, and most of the conflicts ended with her struggling with whether or not to kill someone, as Xavier sets up that Bolivar Trask was the first person that she ever killed and that was a major turning point in her mind. Which brings me to Trask himself, he was the perfect villain for this movie. Peter Dinklage really nailed what this character was meant to be, especially one of the small things such as any time he would refer to a mutant he wouldn’t call them a him or her, he would always call them an “it”.

One of the last things I really enjoyed about this movie was the sense of continuity. Even though there are a few major plot points that are unexplained how they ret-conned things from earlier movies: Wolverine has metal claws in the future though they were destroyed in The Wolverine, Magneto has his full powers though they were gone at the end of The Last Stand, and Xavier was disintegrated in the Last Stand, but as these are major parts of their respective characters I didn’t really care that there was some off-screen explanation. What I did like were the callbacks to earlier movies like how Cerebro’s chamber still looks almost exactly the same as it did in the first two X-Men movies, there’s a great callback to the metal detector gag used in the earlier movies, there’s clips from some of the better moments of the Last Stand, and the final scene is just a joy to see what characters come back even if just for a brief moment. I had only a few minor nitpicks with this movie but overall I thought it was a great return to form for the franchise and right on par with the first two movies and First Class which I love almost equally. I can’t wait to see it again and I think it’s on the right direction for another big villain in Apocalypse. Until next time, this has been Bubbawheat for Flights, Tights, and Movie Nights.