I decided that I wanted to make a list of 100 superhero movies that I thought were the essentials, the ones that everyone needs to see at one point in time if they want to be a fully fledged superhero movie afficionado, and while I am having guest bloggers this month help me fill out the list, there are many much more obvious choices that were easy to make and I’m here to share some of those with you. Aside from being a fan of superhero movies, I’m also a big fan of animation and there are plenty of essential animated movies besides the handful that came out theatrically there’s also plenty of great entries in the straight-to-DVD category. Of course there are some that I’ve already covered in other categories so I’ll only be looking at those I’ve yet to mention.

It’s actually a bit of a surprise to myself that the earliest movie on this list outside of Mask of the Phantasm which I’ve already covered is all the way in 2005. While there have been dozens of animated superhero Saturday morning cartoons, there haven’t been that many feature length animated superhero films until the past 10 years or so. But this one is one of the all time best superhero movies period, animated or not. It comes from Pixar and is not only a great superhero film with amazing action sequences that couldn’t be done nearly as well in live action, but also holds the story together with a believable family dynamic and a midlife crisis at the heart of the film. Let’s only hope that the upcoming sequel will continue this quality.

After three live action movies with turtles in rubber suits and many different Saturday morning cartoons, the Teenage Mutant Ninja Turtles tried rebooting itself back in 2006 with a continuation of the story from the films, but done with CGI. While it’s been a long time since I’ve seen it, I remember enjoying it just as much as the first two live action films and much better than the third. It also has some great voice casting including Sarah Michelle Gellar as April O’Neil and Chris Evans as Casey Jones. I can’t say too much more about this film since I don’t remember it as well, but I think it’s an overlooked film that deserves its place here.

What some people might not know is that while Big Hero 6 is Marvel’s first theatrical animated movie working with Disney, they have put out a series of animated films on DVD, often tying in with their live action releases, and this was their first release which was followed up with the sequel Ultimate Avengers 2 and farther down the line The Next Avengers which followed the children of some of the Avengers. Again, this is another film that I haven’t seen in quite a while and while I remember liking the film, I don’t remember much else about it. It is however quite important as being the first Marvel Animated film. 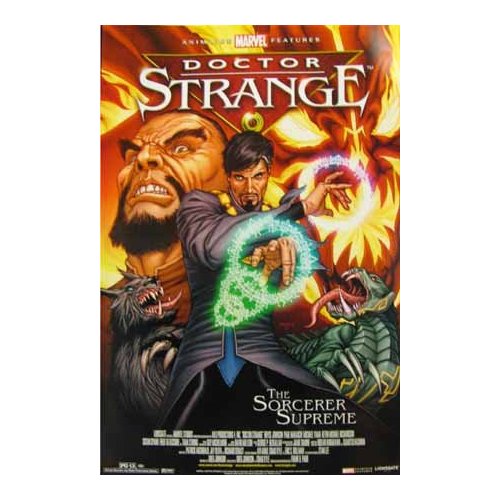 Long before the recent announcement of a live action Doctor Strange movie, there was this animated origin story of the character, who is also a character that I was never very familiar with. He’s a renowned physician who failed to save the life of his sister who suffered from a brain disease, and had a car accident which shattered his hands, ending his career as a doctor. In a downward spiral of self loathing, he eventually comes across this mystical order who trains him in the ways of magic when he eventually becomes the sorceror supreme. I thought this had one of the more complex stories and sympathetic characters and really makes me curious as to what Marvel will do with him in live action.

This is the last Marvel animation I’m including here even though I initially thought it was an odd choice having a Hulk movie without any sign of Bruce Banner. Here he is exiled to a distant planet where he follows a typical gladiator saga, reluctantly winning match after match while unknowingly winning over the crowd and unifying his fellow prisoners. Hulk isn’t a mindless brute, but instead merely a man of few words and massive strength who ends up being the savior of the entire planet. And while I don’t follow the comics, I am aware that this storyline is one that is popular with fans as it leads to World War Hulk which could be a good choice for a live action film. 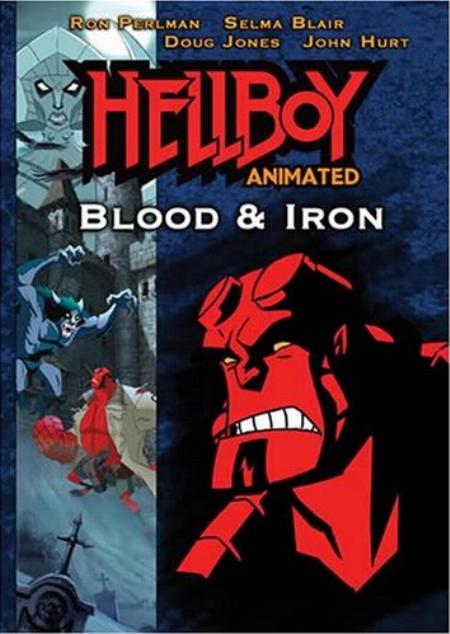 After the first Hellboy movie there were two animated films that aired on Cartoon Network and were released on DVD. This one took place before the events of the first movie and is my favorite of the two. It’s essentially a vampire movie with Hellboy in it, but it also has a great backstory for Professor Booth. It also has all of the main cast returning to voice their characters, though Abe Sapien is voiced by his physical actor Doug Jones rather than his voice actor David Hyde Pierce. It has some great animation and I love seeing the interaction between the vampire story and the BPRD.

This is the origin story that the live action Green Lantern movie should have been, it covered all the same bases, but is a far better end product than Ryan Reynolds fighting a giant cloud. It has both Hal Jordan’s origin story, which it also gets out of the way quickly, and Sinestro’s somewhat of an origin story on how he left the Green Lanterns and became the first Yellow Lantern. It also has one of my favorite scenes showing the aftermath of the deaths of hundreds of Green Lanterns across the universe when their rings all find their way back to the Green Lantern homeworld of Oa. A great movie and one of my favorite DC animations that don’t have Batman in it.

While women in superhero movies are a rarity and a good superhero movie with a woman in the lead role is practically nonexistent, this manages to really be the best movie with a female superhero in the lead role and it didn’t even come out in theaters. It follows Diana’s journey from her birth from sand to her restlessness as a warrior princess until a fighter pilot stumbles his way into Paradise Island, meanwhile Ares, god of war escapes his prison and goes to create havok in the USA. Some great voice work, beautiful animation, and a lot of great humor from Nathan Fillion’s Steve Trevor, it definitely has some girl power.

What happens when a league of supervillains team up and turn the heroes’ weaknesses against them all at the same time? And what happens when it turns out that these plans were concocted by none other than Batman himself? It also is one of the handful of DC animated movies to bring back Kevin Conroy and Tim Daly as the voice of Batman and Superman. There are some great setpieces here to separate and disable the various members of the Justice League, and even though there isn’t any Lex Luthor, this is still a great showing by the Legion of Doom led by the lesser known villain Vandal Savage. 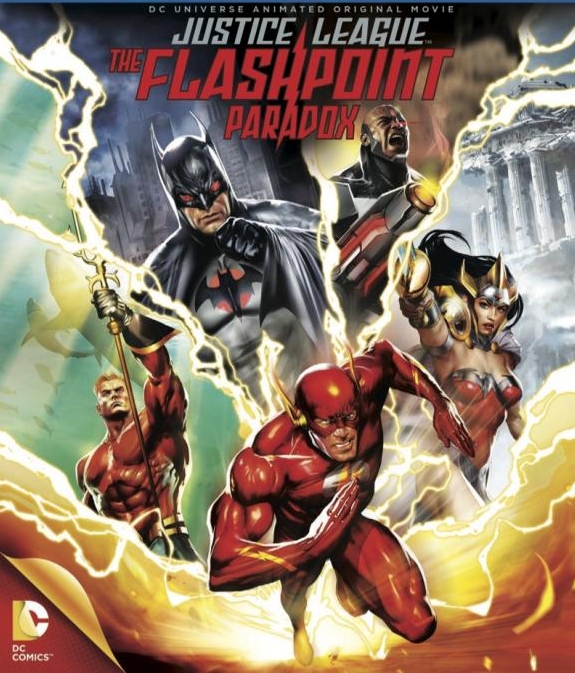 This is the most recent animation from DC which focuses on Barry Allen’s the Flash who ends up in an altered timeline where Bruce Wayne was killed and his father became the Batman, Aquaman and Wonder Woman are locked in a war that threatens to destroy the world and everything is a war torn dystopia. It’s also one of the most violent PG-13 animated movies on this list taking the most adult look at superheroes while narrowly avoiding an R rating. Next to the Dark Knight Returns, this is probably my favorite DC animation and very much worth watching.

DC Animation puts out about three titles a year currently and there’s no way I could include them all. I imagine one of the biggest exclusions would be Justice League: The New Frontier which is based on one of the more well known graphic novels and among the early PG-13 animated titles, I also excluded Green Lantern: Emerald Knights which was a pseudo-successor to Gotham Knight only with the same animation style throughout and only kept the series of connected shorts. I also left out most of the Marvel Animation including one of my favorites, Thor: Tales of Asgard and the Invincible Iron Man which includes the more traditional version of the Mandarin. I also excluded the pseudo-superhero movie Bolt about a dog who plays a TV superdog even though he doesn’t have any actual powers. I also didn’t include any of the early direct-to-DVD movies based on the animated series mainly because I haven’t seen any of them recently, and I excluded Jay and Silent Bob’s Super Groovy Cartoon Movie as it was something that didn’t connect much with me and was done with limited animation as more of a parody than satire. Is there anything I left out that you think should be included? Let me know! Until next time, this has been Bubbawheat for Flights, Tights, and Movie Nights.