The way it tends to go with superhero movie sequels is that the first movie is good, the second movie is better, and the third movie is where it all goes to hell. Men in Black surprisingly bucks that trend and instead goes to crap in the first sequel only to redeem itself in the third. It doesn’t help that there is quite a bit of time between the three films. Five years have passed since the first Men in Black and they wrote out what made the original so great: the chemistry between Will Smith’s and Tommy Lee Jones’ Agents J and K. In a lot of ways, this sequel felt like the writers just wanted to recapture what made the first one so great and thought that the best way to do that was to just recreate all the elements of the first film that worked instead of expanding on them. And except for a brief moment here and there, it does not work for me at all. And somewhat surprisingly, even though I did watch all three films in order, it was just so much easier to pick out all of the flaws in this movie rather than try to determine what exactly it is about the first movie that makes it so great. 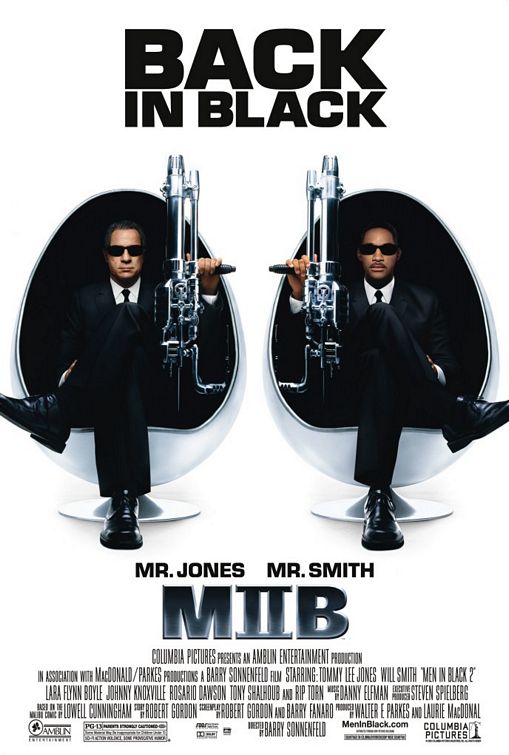 One of the biggest problems of the film is that it has to deal with the fact that while the first film left it open for a sequel, it wasn’t the sequel that they wanted to make. The first movie implicated that the sequel would revolve around the adventures of Agent J and his newfound partner from the morgue Agent L, played by Linda Fiorentino. But the problem was that either she didn’t want to return, or more likely the chemistry between them wasn’t good enough for a full movie, but the problem is that it takes almost half of the movie before Tommy Lee Jones returns and they start to fall back into the chemistry that worked. Instead, the film presents J as the disenchanted veteran who just can’t seem to find a partner that he doesn’t neuralize after a few weeks or months. But even though J is supposed to be the veteran agent now, he is still played out as the comic relief due to his amateurish mistakes, even moreso after Agent K returns in full force.

It doesn’t help that nearly every element from the first film that seemed to work got brought back, whether it was shoehorned in like the celebrity aliens, most notably Michael Jackson in a joke that likely felt dated back in 2002 and much more dated now. But there’s also the need to bring back Frank the pug in an expanded role, the worms, Jeebs the pawn shop owner, and the tiny Noisy Cricket gun. There’s also the rehashing of the big twist misdirect about the Light of Kandor which turns out to be Rosario Dawson, and even the ending where instead of an alien picking up a marble containing our universe, Agent K opens up a locker door revealing that MIB headquarters is inside its own locker in an even bigger HQ. They even redo the big red button on the car scene, only this time they enhance it by adding a PS2 controller and calling it “hyperspeed” even though it seems to go slower it did the first time around. And of course, J still hasn’t learned his lesson and gets thrown around because he wasn’t wearing his seat belt.

At least they did actually use the same Pug.

The other element that was more or less new to this movie and not just a rehash of the first one was the love interest played by Rosario Dawson. Though there was a small aspect of it where Agent K was pining for his long lost love that he left when he became one of the first members of the Men in Black, and here we find out that he had yet another long lost love when he first hid the Light of Kandor and the Princess or Queen of Kandor was killed. And now J goes through a similar ordeal as he falls for Dawson, though she doesn’t die at the end, instead she just goes away into outer space. In general, I did like the chemistry between Dawson and Smith even though it seemed like it wasn’t really given enough time to fully develop and it was treated as if they were saying goodbye instead of getting married when they were actually only at about the second date of a relationship.

The other half of the Men in Black is always Tommy Lee Jones, and it didn’t help that he was missing for half of the film, and when he came back he spent a large amount of time not being his full self. As soon as he came back, he had to become the straight man, and while the chemistry still worked for the most part between him and Smith, there was a large amount that just felt awkward and misguided. It was a nice moment that even without his memories, he still fell into referring to J as “Slick”. It also helped a little bit that even though he didn’t have his memories of being a Man in Black, he still was largely unfazed by anything that came his way even before he got his memories back. But it was still too long of a journey that felt unnecessary. Even with the caveat that his long lost love that he reunited with during the first movie ended up leaving him, it’s a stretch to think that bring him back into the fold is really the best thing for him as an actual person, even though the fate of the galaxy is in jeopardy, as it is all the time which we learned from K himself during the first movie. 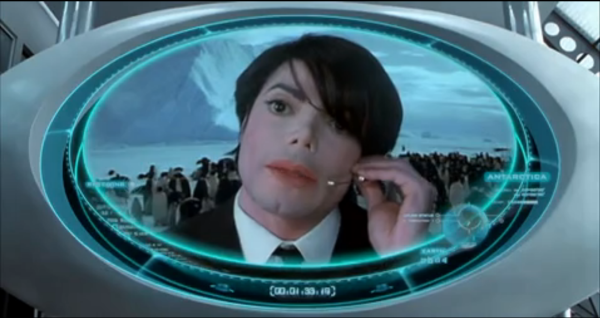 This was just embarrassing.

Another surprising moment is how even though it was five years later, with a similar budget to the first one, the special effects ended up looking much worse this time around. It could have been a number of different reasons, either their budget was smaller, or more likely that the filmmaker’s ambition was greater than their actual resources. Where Jeebs’ head growing back worked in the first movie, it was a short effect and was supposed to look weird. Here, Johnny Knoxville who plays a stupid alien with a forgettable name has an even stupider second head that is at the bottom of the uncanny valley. The technology was not good enough to make the second head look completely real, but it was also modeled too closely to Knoxville’s face to look very alien. All of the tentacles from Serleena as well as the subway worm Jeff had an overly shiny CGI sheen to them, and even the practical effects like the dead tentacle alien looked way too much like it was made out of foam rubber, which it likely was. It’s a shame that this was the low point of the franchise, but there are a few moments of enjoyment here and there. The one good thing that can be said of it is that it got past the story problem of reuniting J and K so they didn’t have to spend time doing that in the next movie. Until next time, this has been Bubbawheat for Flights, Tights, and Movie Nights.