Even though I watched this film before C2E2, I didn’t get the chance to write about it until now. I really didn’t know much of anything about this film aside from the fact that it was an animated film that came out about the same time as Mosaic based around an original superhero created by Stan Lee, and something about skateboards. It’s even been sitting on my DVD shelf for well over a year along with a dozen other movies that I bought off the clearance shelf specifically for this site that I haven’t gotten around to yet. I didn’t realize until the film started up with a nice little intro from Stan Lee himself that it was essentially based around an even smaller superhero minority than the woman superhero or even the Black superhero, the Latino superhero. As the origin story of the Condor, it basically combines the origins of Iron Man and Daredevil. The tone of the film was also a little off in the same way Mosaic was, where the plot was rather simple as if it was made for a child, but there were scatterings of adult themes tossed around that were a little on the inappropriate side for the younguns. I really wasn’t very fond of this one, it was obvious, dated, and even felt a little on the racist side of things. 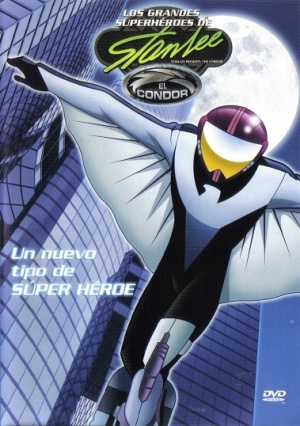 If someone were to boil down the main elements of this movie into two words, they would be boobs and skateboarding. Tony is a hotshot skateboarder on the verge of having a professional career, and I doubt that his name being Tony was a coincidence, considering that it bears a strong similarity to a couple other Tony’s: Stark and Hawk. Even his superhero nickname is a Condor which is another bird of prey. If that weren’t enough, his father is a rich scientist working on some type of nanotechnology and his evil partner has moved onto human testing, using the tech to mind control bums to steal banks until their hearts give out. There’s a bit of miscommunication where Tony thinks that his father is the one behind the immoral tests and before it can be sorted out, Nigel the partner has Tony’s parents killed. And what does he use to kill them? Why some brand new mind controlled test subjects pulled straight from the skateboarding competition. 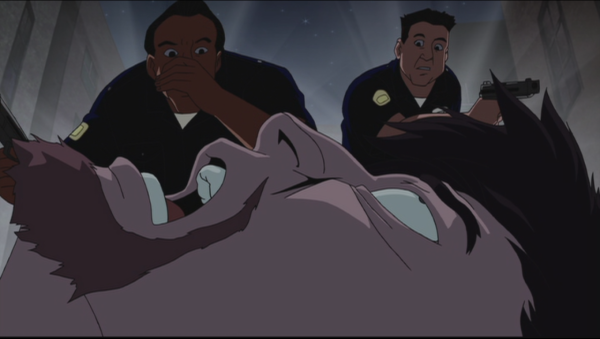 Besides the boobs, there’s also a bit of creepy factor when it comes to the mind controlled zombies.

Even though several of the main cast who play Latino characters are Latino themselves, there was a sense of overplaying their Latino traits bordering on stereotyping, especially with Tony’s cousin who is a short kid with a shaved head and a soul patch goatee and is in trouble with “the gangs”. Aside from that, the Latino-ness of the characters is fairly nonexistant. The rest of the plot is generally pretty predictable. There’s the evil business partner, the main henchman wearing a full body costume, the femme fatale who is going after Tony like an aggressive cougar, and the big twist is that the main henchman is actually the same person as the femme fatale. From the hero’s point of view, he ends up getting beaten and left for dead, but only suffers some massive damage to his legs. But instead of going through months to years of physical therapy, his best friend slash tomboy tech geek Sammi builds him a pair of cybernetic legs using his father’s nanotechnology so he can completely skip that lesson in humility and hard work and get straight to kicking some butt. And if you couldn’t tell, his disability is where the touch of Daredevil comes in. But since this was made in the ’00s and is centered around “skateboarding culture”, he also has to have a remote controlled skateboard to aid in his kicking of the butts. And the reason “skateboarding culture” is in quotes is because the extent of the language and tricks used in this film appear to be the result of watching a few hours worth of the X-Games on ESPN2.

Aside from the evil businessman and the full body metal suited henchman, the other villains that the Condor actually gets to fight are his mind controlled and enhanced skateboarding buddies. And the way that you can tell they are physically enhanced is that they move in blurred motion. It’s a simple method, but it gets the job done on what seems to be a relatively lower budget film. The style is very much reminiscent of the late 90’s cartoons like the X-Men and Spider-Man with just a bit more polish that ten years would give it. The voice work isn’t anything special, Wilmer Valderama voices Tony who was best known as Fez from That 70’s Show. He doesn’t seem to be used to voicework, much of his performance is stiff and flat, while the others don’t really stand out in one way or the other. 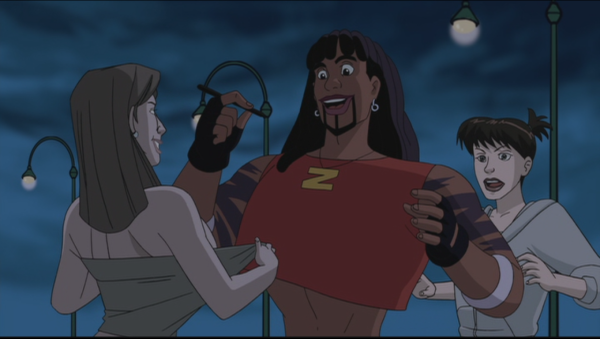 What did bother me a bit was all the T&A in this film, there are a couple skateboarding groupies wearing bikinis that pop up a couple times for no real reason other than to show some animated babes, at one point one of the girls even asks the rival skateboarder who eventually turns out to be a good guy at heart for an autograph on her boob, back to the camera of course. Not to mention all of the sexual innuendo from the femme fatale who just pounces on Tony from the very beginning in such an aggressive manner that something obviously has to be up. There’s plenty of double entendres and revealing outfits from her as well, even a full on fight scene between the two of them with her wearing a strong bikini. The whole thing is as ridiculous as you would expect a skateboarding superhero to be. It might as well have been Bartman. Until next time, this has been Bubbawheat for Flights, Tights, and Movie Nights.