This might be a little bit of a stretch to call this a horror movie, but it’s a brand new, straight to home video animated movie from Marvel. They seem to be continuing the holiday theme that they started with last year’s Christmas themed Frost Fight and now continue with this year’s Where Monsters Dwell which is quite obviously a Halloween themed movie featuring Hulk, Dr. Strange, and a few other Halloween-themed heroes that most people won’t really be aware of. Similar to Frost Fight and the Heroes United movies before that, this is more of a kid-friendly film with less focus on any real scares or any complicated plot. Just a harmless little romp with a few monsters and a little bit of a lesson to it.

Basically, this film is a Halloween story involving Dr. Strange battling Nightmare who has been collecting children in their dreams and is also trying to collect Hulk so that he can break through the dream barrier on the one day when the barrier between dimensions is at its weakest. Dr. Strange initially recruits Hulk to help him battle these children who have been transformed into their greatest fears. He also gets help from SHIELD’s Paranormal Containment Division or some similar acronym headed up by several lesser known Marvel supernatural heroes who later on get named the Howling Commandos by Hulk because why not?

Warwolf, Zombie Sitwell, and Nina Price, with Man-Thing’s red eyes in back.

As for the Howling Commandos line up, they’re all pretty much misfit characters and the way they’re presented they’re barely functional as actual heroes. There’s Warwolf who’s basically just a werewolf that never turns back into a man and has a lot of guns. There’s Agent Sitwell who has showed up in a few of the Marvel movies previously, but for some reason now he’s a zombie. There’s also a vampire woman by the name Nina Price. These three do have some backgrounds in comics, but from someone who gets all their information from movies and TV, they are barely introduced. The final member of the team is the only one who actually had his own film even though it was basically swept under the rug, Swamp Thing’s lesser known doppleganger Man-Thing. The entirety of the Howling Commandos are essentially just used for comedy fodder, with Warwolf being the insensitive one who keeps calling Hulk and later on the Minotaur kid monsters and Sitwell basically just constantly falls apart. In fact, so does Man-Thing. They all eventually get their moments to shine, but they spend more time fumbling around than they do saving the day. 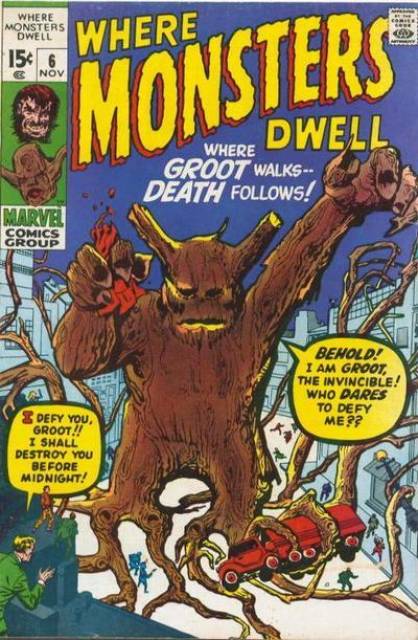 As for Dr. Strange and Hulk as the two leads, it’s a little odd. For one thing, Strange tends to way over-do the casting of spells. Nearly every other line during battle he’s calling forth the Rings of Somesuch or the Sword of Whoever. It may well be something the character is known for, but he does it way too often in this short 75 minute movie. Hulk is also handled somewhat strangely as he is never consistent between movies. Here he is moderately intelligent, but quick to anger, obviously. We also get to spend quite a bit of time with Bruce Banner who has made peace with his role as the heroic Jekyll and Hyde, unfortunately Hulk doesn’t quite share that peace and the conflict comes to blows while they’re int he dream realm. We do end up with a nice little fight between the dream consciousnesses of Hulk and Banner wearing a set of Hulkbuster armor that he was able to conjure up. We also get a bit of a twist with some double crosses when it comes to defeating Nightmare. 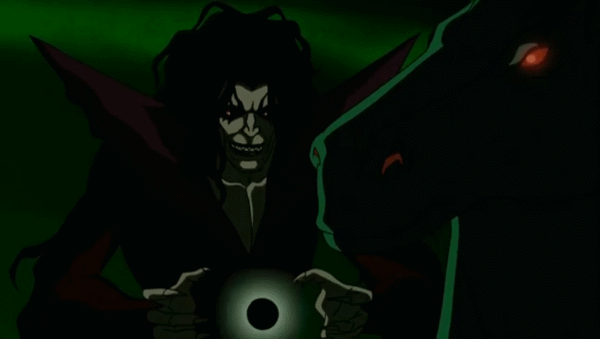 Of course, since this is more of a kids movie, there is a hint of a lesson throughout the film. There’s a little bit of the “don’t judge a book by its cover” as all the heroes minus Dr. Strange are monsters so there’s several moments of misconceptions. Hulk spends most of the first half of the movie not wanting to be called a monster, while Warwolf consistently owns it. There’s also a few moments of facing your fears as the four trapped children have to confront their fears within the dream dimension in order to escape back into the real world. It’s very surface level but the heart is in the right place. And as I have often pointed out with many of the DC animated movies of late, while this movie is very male-heavy, there is at least Nina who is one of the most competent of the Howling Commandos, and the four trapped children are a 50/50 split between boys and girls. They even have a moment in the prologue with some random trick or treaters and one of the girls is dressed up as a football player. Small steps but things like this are often worth pointing out. Ultimately there’s nothing to really point out as being wrong with this film. Nightmare as a villain was a little weak and his voice felt very Hamill-Joker inspired, but there wasn’t much that stood out as exceptionally impressive or entertaining either. It’s not a bad distraction and it fills a nice little void that I didn’t know existed as a Halloween themed superhero movie that’s suitable for kids. Until next time, this has been Bubbawheat for Flights, Tights, and Movie Nights.