Bullet to the Head

One of the few things I remember about when this movie came out was that it was one of two very similar movies, at least in theory, that came out within a few weeks of each other. The other one was the Last Stand starring Arnold Schwarzenegger, his 80’s era action rival. I didn’t see either one at the time and it wasn’t until later that I found out that this one was based on a French comic called Du Plomb dans la Tete by Matz and Colin Wilson. Like many comic adaptations, it veered away from some of the basics of the source material and feels like a typical buddy cop slash odd couple slash revenge movie where they get ahead by killing their way up the crime ladder. But what sold me on the movie were all the little details that went into it, and especially Stallone’s character. It’s hard to put a finger on it, but it was a whole lot of fun to watch from start to finish, even if it took me four sittings to finish, through no fault of the movie. 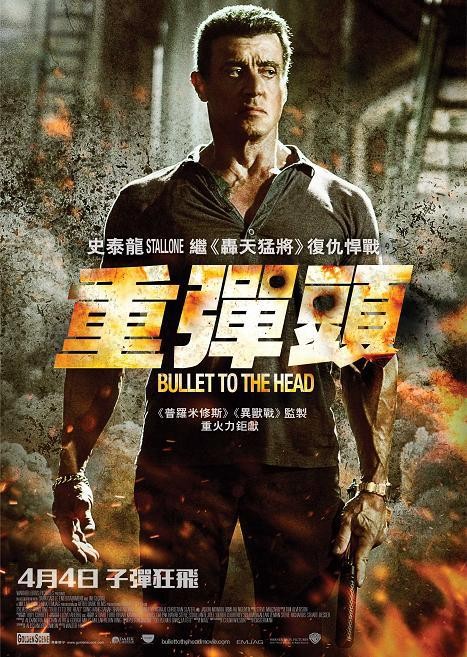 Stallone plays a hitman named Jimmy “Bobo” Bonomo, he’s a career criminal with little remorse for those he’s killed, but has his own sense of moral code. He’s a character that would fit right alongside Mel Gibson’s Porter in Payback. He has an odd and straightforward sense of humor, and plenty of skills that have kept him alive for this long. He ends up reluctantly working with a cop who’s after the guy who double crossed him, they end up working their way up the criminal chain of command until they get to the top. Or technically somewhere in the middle, but it more or less works out for them in the end, and the cop gets to see a different side of a criminal while getting himself in over his head in the process. Again, it’s a fairly standard plot with an odd couple vibe to it. Sung Kang plays officer Kwon who is more or less the straight man. He’s tech savvy with his smartphone while Stallone still has a flip phone, he tries to go by the book while Stallone just straight up kills the guys they’re after. And there’s this ever present animosity that never quite goes away even as they develop begrudging respect for each other where Kwon sees Stallone’s relationship with his daughter and Stallone doesn’t get ratted out by Kwon.

One great thing about this film is its score. It’s a nice little blues score that isn’t often used for this type of action movie and fits well with the New Orleans setting. Though there were occasional moments where you half expect someone to sic a corked alligator on a target a la the Simpsons Spin-off Spectacular. There was one moment in the beginning that was especially well crafted as the rhythm of a passing train seamlessly melded into the percussion for the score. It was just unfortunate that it was never repeated anywhere else in the film, at least not noticeably. 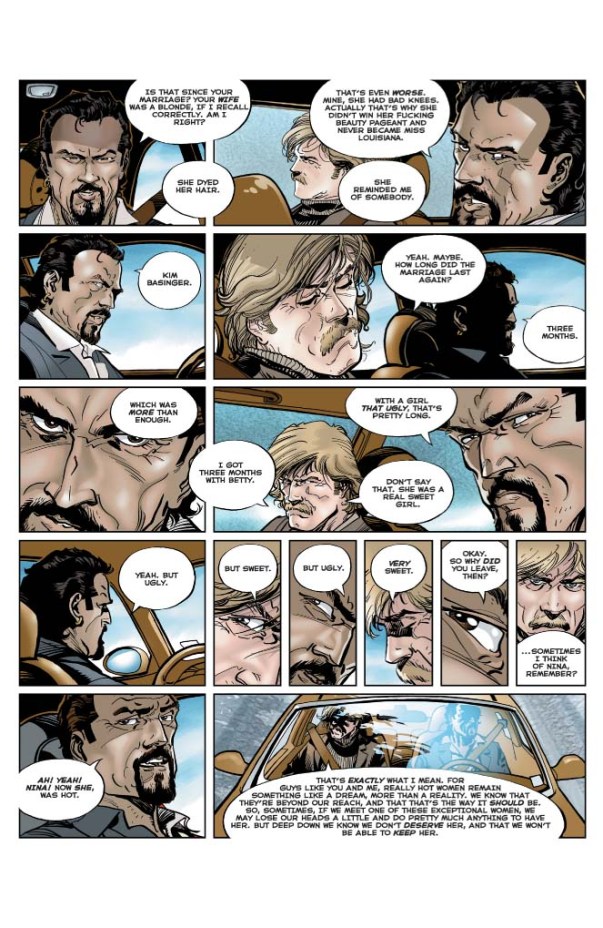 A film like this wouldn’t be much without its villains, and there’s a nice little trio going for them here. The real threat would be the merc played by Jason Momoa. He’s the young heavy with something to prove against Stallone’s old pro, especially as Stallone gets the better of him time and time again. He’s set up to be brutal, relentless, and in it for the joy of the kill rather than the allure of money which makes him a compelling enemy, although a little shallow. It did stretch the credulity a little when the final fight comes down to a hand to hand combat with vintage fireman axes, but there’s still plenty of good action to be had. The next is Christian Slater’s sleazy mid-level criminal who likes to live in excess and he plays that role quite well. And finally is Adewale Akinnuoye-Agbaje as the mastermind behind the operation, the money man with a pair of crutches and a smooth tongue. They all fit into their roles well enough, but they are all pretty standard crime boss roles that don’t really do anything special.

Where this movie shines is just in the chemistry between Stallone and everybody else. He is more or less a force of nature and everything gravitates towards him. He’s not exactly the comic relief, but he has some of the funniest lines in the movie. On top of that, he can still work the action scenes and make them believable despite starting to look his age. Another slight downside is the role of his daughter. While she is generally a strong character, she becomes more of a tool for the plot rather than an actual character with her own motivations as the film goes on. She’s used as a hostage for leverage against Stallone, and she becomes a love interest for officer Kwon because of course she does. She’s set up to be a strong, independent character, but nothing she does in the film is of any consequence after she gives Kwon a few stitches. But despite that, it was still a fun action movie that worked for me much more often than it didn’t. An easy film to compare this to would be 2 Guns which I recently re-watched, and while the chemistry between Washington and Wahlberg was much better than this movie, the overall plot and action was handled better in this one, which kind of makes it a toss up. This is still most likely a mediocre movie, but I really enjoyed watching it. Until next time, this has been Bubbawheat for Flights, Tights, and Movie Nights.