There’s still a few more DC comics based documentaries on the DC Universe streaming app that I haven’t watched yet so I did a quick little Twitter poll to see which one I should check out next and this one won. I didn’t really know anything about this specific documentary but I pretty much assumed that it would cover the history of DC comics, which it did in a much better way than I anticipated. It was full of comics artwork, film and TV clips, and interviews and archival footage with many different important personalities in comics. The story that the film told was mixed with information that I already knew about sprinkled with some that I didn’t. It was interesting, informative, and entertaining. And even though it specifically calls him out on the poster, I didn’t realize that Ryan Reynolds narrated the doc until I saw his name on the end credits, and this film would be right around the time where he was filming Green Lantern. 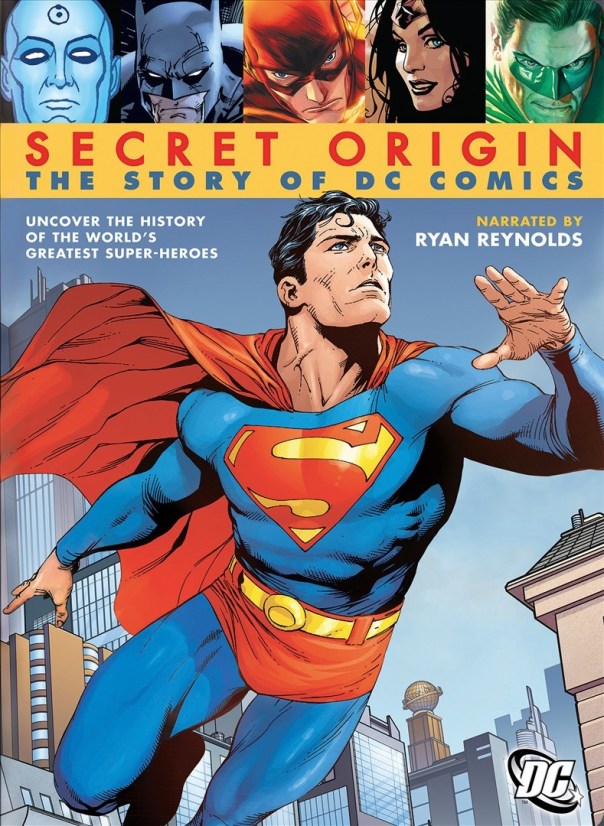 One of the most interesting parts of this film was the amount of comics creators that were involved in the interview process, at least on the DC side of things. There was a very brief mention of Marvel comics, but for the most part, the film focused on National Allied Publications which eventually became DC Comics, named after Detective Comics where Batman debuted. Notably there are interviews with Neil Gaiman, Grant Morrison, Mark Waid, Dwayne McDuffie, Len Wein, and many others on the creative side as well as several editors from the history of DC Comics. Others who weren’t directly involved in this production were also represented in plenty of archival footage like Alan Moore, Willaim Gaines, Bob Kane, as well as Jerry Siegel and Joe Shuster. 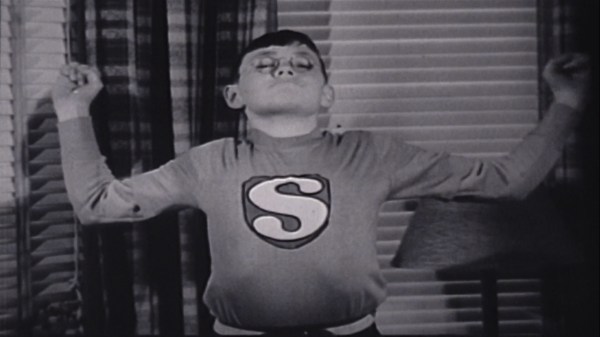 The interviews as well as the archival footage are paced well and do a good job of representing the history of the comics company without fully glossing over some of the problematic issues. It’s likely that not every problematic issue is covered here. It was nice after watching the Batman and Bill documentary that they do give credit here to Bill Finger’s work in the origin of Batman in the comics. It’s more or less glossed over pretty quickly, but in terms of the creation story they equally credit Bob Kane and Bill Finger and afterwards they really just mention Bob Kane in terms of his personality rather than his creative work. When they get around to Wonder Woman, they also mention some of the less than reputable details surrounding William Marsden who had a wife as well as basically a live in mistress, and during his run of Wonder Woman comics, there was a great deal of bondage imagery.

The history in general is quite fascinating as they cover what’s generally regarded as the four major eras of comics in history. There’s the Golden Age with the creation of Batman and Superman, and they cover a little bit of Superman-mania which was just as big if not bigger than Bat-mania when the first theatrical Batman movie came out in 1989. It’s something that a lot of people tend to forget about because most were not alive at that time. And they do include some great looking archival footage to accompany the info. They spend quite a bit of time in the Golden Age before moving onto the Silver Age and on into the creation of the Comics Code Authority before basically rebooting comic book superheroes into the Bronze Age where they brought back a lot of the Golden Age superheroes and turned them into the characters how we know them today. And finally it goes into the Modern Age that goes through the present time and basically starts with Frank Miller’s Dark Knight Returns and goes into Alan Moore’s Watchmen and Neil Gaiman’s Sandman. It’s actually a little surprising to know that Sandman was at one point the highest selling DC comic, surpassing even Batman and Superman despite the fact that it has yet to get a movie or TV adaptation. 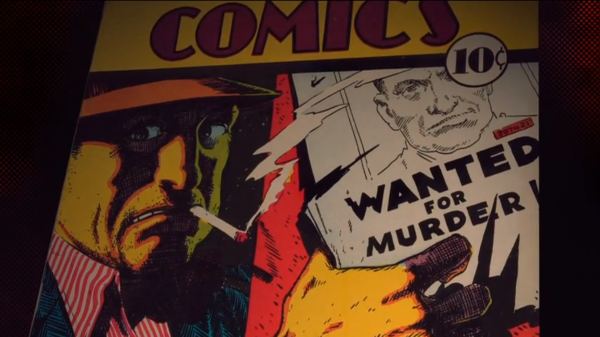 Throughout it all, the documentary does a good job at showcasing how many times the comic book industry itself came close to collapsing. The biggest struggles were shortly after the second World War, when superhero comics at the time were strongly associated with wartime efforts and thus their popularity waned when the public wanted to move past the war. The next big struggle was during the demonization of comic books, specifically surrounding Willaim Gaines and EC comics including Tales From the Crypt, and while they don’t mention that title by name, they do include the actual hearings where Willaim Gaines testified on behalf of comic books in general. Unfortunately, they also liken his testimony to that of Richard Nixon’s demeanor when he lost his first election and likely part of the reason why the Comics Code Authority had to be enacted to self-censor the comics industry into an incredibly boring and white bread era which is where the only real mention of Marvel comics comes up as their willingness to introduce superheroes that struggled with real world issues helped bring DC’s willingness to compete helped increase their willingness to battle real world issues like Green Lantern and Green Arrow’s battles with real world racism and class struggles.

All in all, this was a pretty fascinating documentary that really covered the history of DC comics from beginning to end. There was a massive amount of comic book artwork showcased throughout the doc, including plenty of motion comics style animation to help keep things kinetic and less stagnant. There are also plenty of clips, stills, and behind the scenes footage from all the various live action and animated DC properties including a great bit of screen test footage of Christopher Reeve when he was testing to become Superman in the original Donner film. They even include test footage of another unknown who obviously didn’t get the part of Superman. The pacing works well, not dwelling too long on any specific element while still including plenty of trivia while telling a compelling story about the comics industry and DC comics in general. Until next time, this has been Bubbawheat for Flights, Tights, and Movie Nights.