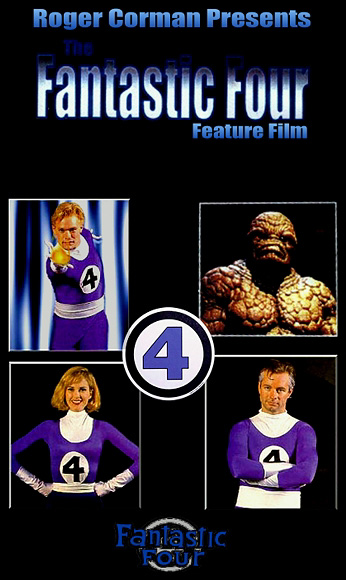 It’s time for yet another classic cheesy movie goodness, and while this is the newest of these movies that I’ve seen, being from the 90’s, the fact that the budget was so low that it looks and feels at least five years older than what it actually is. If there’s one piece of trivia that any superhero movie fan knows it’s this Fantastic Four movie directed by Roger Corman. It was never intended to be released in theaters or even on home video, the studio decided that it was worth the small budget that they gave the movie in order to retain the rights to the Fantastic Four so they could make a better version of the movie in the near future. This is the exact same reason why all of the recent non-Marvel studio movies are being rebooted and churned out so quickly. If they didn’t make these movies then Fox, Sony, and whatever other studio would lose the rights to make another movie using those characters. But while it was never intended to be released, no one that actually worked on the movie knew that fact so they all put their full effort into it, just at a dirt cheap salary.