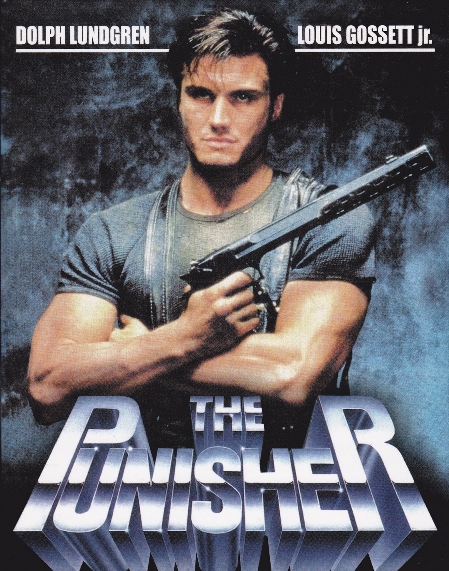 It was Sunday morning, and I hadn’t gotten a good night’s sleep. When I got up I realized that Jena had made her way into our bed at some point during the night. I’m a very heavy sleeper by the way. Considering how little my wife enjoyed Punisher: War Zone, I decided to let her out of watching this movie which by my understanding was just as bad of a movie and just watch it by myself downstairs while they slept. This was on my list of 33 of the worst movies, but when I watched it, it didn’t seem that bad to me. I mean, it wasn’t a great piece of cinema by any means, but it was a solid if fairly generic 80’s action movie. And as I looked through some of the trivia, I was surprised that this has the second highest body count of the three movies at 91 kills, War Zone comes in first at 97, and the Thomas Jane version comes in at a paltry 45. This also has the benefit (or possibly detriment) of having a few brief nude scenes, but then half of them are of Dolph Lundgren.

END_OF_DOCUMENT_TOKEN_TO_BE_REPLACED

Up until now, most of the movies I’ve been watching for this blog I’ve been able to watch with my daughter. She’s five, I like to think she handles movie violence pretty well. She’s snuck up on us watching some violent shows like Supernatural or Vampire Diaries, I don’t think it was during any of the really gory parts but I know for sure I’m not letting her watch either of those shows on purpose any time soon. But superhero movies can be kind of a grey area. Most older movies are pretty tame with just some physical violence but never any blood.

But watching the 1990’s Captain America gave me a slight pause. It’s the first movie we watched together that really has guns in it, at least guns that aren’t just ineffective tools when used against Superman or Supergirl. There was some blood, nothing major, but it was a bit of violence. Her response was “Is his shirt dead?” Most superheroes aside from the ones that are specifically geared toward an adult audience like Watchmen are geared towards kids and adults. I’ve already questioned which Batman movies might be too much for her. I imagine she should be ok with Batman Forever and Batman and Robin, but the others I’m not so sure about, especially the Christopher Nolan ones.

What superhero movies are out there that are thought of as a “kid friendly” or at least one that you think of as one you might have grown up with that when you watch again as a parent, might be a little bit too violent for a young child to watch. Specifically, what about the new Captain America movie? Leave a comment, let me know what you think. I think I’ll have a short update, blog, or bonus review every Tuesday along with my regular reviews every Sunday and Thursday. Superman IV is up this Thursday to finish out the Christopher Reeve Superman movies. Until next time, this is Bubbawheat for Flights, Tights, and Movie Nights.