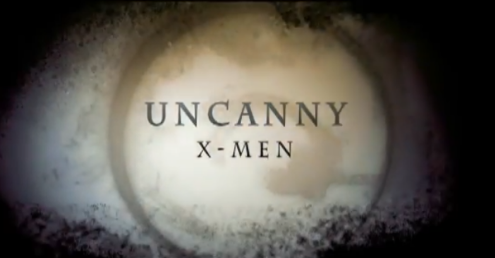 Welcome to this week’s edition of Superhero Shorts where I take a look at a different superhero themed short film and get the creator of the film to answer a few interview questions. This week I’m getting ready to start watching the X-Men movies by watching a fan made series based on the Phoenix Saga. Below you can watch the first episode “Birth”, or you can visit their YouTube channel at ThrowbackStudioz.

The 90’s X-Men cartoon series was one of my favorite cartoons when I was younger and while I no longer remember a lot of the details, I do remember that I was thrilled by the Phoenix storyline and I was excited to see someone else’s take on it. The first thing that grabbed me were the amazingly well done opening credits sequence. And throughout the series, the special effects are very well done. It has a pretty big cast covering a lot of the X-Men, including several that I wasn’t very familiar with. As with any fan films, the acting varied from pretty good to pretty stale. I thought most of the main cast was great, Wolverine, Colossus, the Professor, and Jean especially. I generally enjoyed it and am looking forward to season 2. I was able to get a hold of the director Eric Green and ask him a few questions about the project.

Bubbawheat: It seems like you’re following the comic book pretty closely, my only experience with the Phoenix saga is from the 90’s cartoon when I was younger, and of course just the touched upon moments in the live action movies, was it a specific goal to follow it as closely as possible, or did you make your own changes to the story as well?

Eric Green: Yes we tried to stick to it as closely as possible. Of course doing the Phoenix Saga was a real challenge to pull off. We did have to take some shortcuts as in the comics they had a few filler comics that wouldn’t have made sense on film. We did change a few minor details, nothing major though. People always ask why start with the hardest story to pull off. Well if we could do the Phoenix Saga, the others should be fairly easy.

BW: What’s your opinion of those other two versions of Phoenix?

EG: I thought 90s cartoon (X-Men the Animated Series) had the best version. They left out Nightcrawler and Colossus, but other than that I thought it was exceptional. As far as the movie, I was very disappointed. They cut out about 90% of the Phoenix’s true story. She barely said a word, no fire, no speeches, no classic outfit, sigh…

BW: Did you ever consider adding brief moments to help introduce some of the characters that aren’t very well known to non-comics fans, such as Banshee?

EG: Next season we will. First season was more of a test run, how would people respond to it. So on the 2nd round, we now get to focus on all characters and their individual stories. We even get to see Banshee and Colossus teach the new generation of mutants, and we focus on origins next season.

BW: What was your concept for costume design? Did you try to stick closely to the comics, go with something more realistically practical, or somewhere inbetween?

EG: We did try to stick to the comics as close as we could, but there is no budget for this film, so we could not afford $300 per character lol. But we tried to modernize the costume the best we could. So far we have had no complaints on the wardrobe. That credit will go to Ace Talkingwolf and the actors themselves.

BW: My personal favorite from your cast was Wolverine, do you have a favorite actor or actress that really nailed the role for you?

EG: Hmm, I really loved Joel DeVisser as Colossus, he looks exactly like him and he did a great accent.

BW: I won’t ask you to name any names, but was there any roles you were unhappy with but had to make due with?

EG: This sounds like a question to set me up lol. Well as you know this is a fan series, some actors did great and others could have probably used a little work. It’s not like we have the budget to say we are offering $10,000 to the best actor for each role. I will say that in season 2, we have made some changes and the performances from everyone is great.

BW: The visual effects are pretty impressive for a fan-film, how many people worked on them? What’s the favorite effect that you did?

EG: The VFX were done by myself, Jeff Hoffman, and Sharife Jones. We all handled different types of FX, but Jeff took the load of it. The best VFX I like from the series, is probably Storm when she lifts off the ground. Her eyes gave me goose bumps.

BW: Can you talk about anything you’re working on next?

EG: Right now I am working on Uncanny X-Men Season 2, you can check out new pictures from the season at facebook.com/xmenfanseries. I am also filming Tomb Raider, and a zombie action film called Fighting Angels: Apocalypse

BW: And what is your favorite superhero movie?

EG: I used to have a favorite when I was younger but now I can say its between: X-Men trilogy, Batman Returns, Fifth Element (does that count), and The Avengers.

BW: Personally, I think of Fifth Element as more of a sci-fi film but superhero is a subjective enough term that gives a lot of leeway. I mean, I did count Moonwalker.

Thanks for the interview, and be sure to check out all six episodes of Uncanny X-Men. Tomorrow I’ll be reviewing the unreleased Fantastic Four movie, even though it was made in ’94 it had such a low budget that Roger Corman made it look and feel like a cheesy 80’s movie. Until next time, this has been Bubbawheat for Flights, Tights, and Movie Nights.