It’s already April of 2015 and I still haven’t followed through with finishing up the 100 Essential Superhero Movies that I finalized back in June of last year. I still have a few more to get to and will also be updating the list for 2015 to include some significant films that came out last year and remove a few that just barely squeezed their way onto the list. This film is often overlooked nowadays as the original 1990 live action Teenage Mutant Ninja Turtles is the one looked at through nostalgic eyes, and any newer fans of the franchise can look to the current Nickelodeon series or heaven forbid, the Michael Bay produced franchise starter. It was a modest success with a moderate budget but plans for a sequel never materialized. It’s a bit of an oddity in itself, it loosely sequelized the original three live action movies from the 90’s and yet was entirely animated, it also shied away from using the full title and instead opted for just the initials. Something that was akin to the early reports of the Michael Bay version dropping the “mutant” part of the equation and opting for “alien”. And while the story isn’t very deep, it was a lot of fun to revisit these characters an a relatively updated format while still holding true to most of their roots. 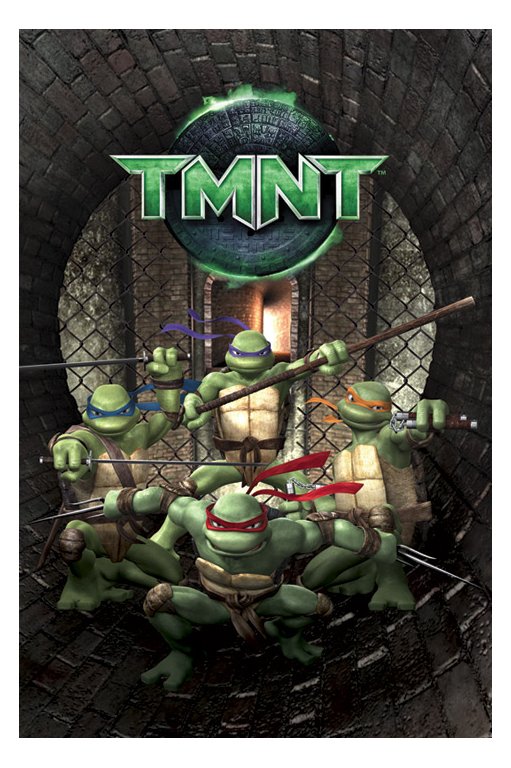 The film follows the turtles after Leonardo has been gone for a couple years on a training mission in the jungles of Degobah, I mean some random jungle where April just happens to be working as a treasure hunter. Essentially it gives the film an excuse to reintroduce the turtles without having to bring in a new character. The characterization of the turtles as well as Casey and April seem to be a little hit and miss. For some reason April is no longer a reporter, and instead is working as a freelance treasure hunter or something, it’s never really explained. She has also been training as a ninja which seems to just be because she is voiced by Sarah Michelle Gellar who seemingly is not allowed to play a woman unable to kick some ass after playing Buffy. It was a fun gag seeing Donatello and Michelangelo’s new jobs as an IT support and birthday host respectively. And meanwhile Raphael has been the only one continuing his role as a street vigilante, taking on the name Nightwatcher and wearing a suit slightly reminiscent to Shredder’s only with fewer spikes. Meanwhile Splinter doesn’t do much of anything besides watching his “stories” and telling the turtles not to fight until they are able to work as a full fledged team.

As for the actual conflict of the film, it follows the tale of this ancient warrior who cursed himself with immortality while it also turned his trusted lieutenants to stone and released thirteen monsters into the world. And three thousand years later he has become a Lex Luthor slash Bruce Wayne multimillionaire business tycoon named Winters who is really just trying to find a way to break his curse of everlasting life and rid the world of the monsters he let loose all those years ago. The set up works well, but there are many problems with the timeline, as these monsters have been roaming the countryside for ages without much in the way of incidents. Not only that, but they just happen to all be in the vicinity when the three thousand years are up? And, Winters finds a way to bring life back to his stone lieutenants just days before he plans on killing them for good? And to top things off, he has these thirteen containment units specifically for the monsters, and yet the final monster happened to be way too big to have fit inside that one anyway. What would he have done instead? It would have thrown off the symmetry of the entire structure. And not to mention all of the misdirections as to who the actual villain really is when all is said and done. It’s initially thought to be Karai, this mysterious new female leader of the foot clan and adopted daughter to the Shredder. Though of course there are only hints as to who she really is within the movie. Then it is shifted onto Winters himself when it’s revealed that he really is this immortal general before finally having it be revealed that the newly awakened lieutenant has decided that immortality sounds pretty good and would rather have the curse continue rather than be broken, while Karai honors Winters who originally hired her.

Plot holes aside, the film does flow well enough to let them fall to the wayside. It’s helped by a great voice cast, with Patrick Stewart voicing the misunderstood villain Winters whose design looks an awful lot like a dark haired Mr. Incredible, Lawrence Fishburn who has a minor role as the narrator, and Kevin Michael Richadardson as the head lieutenant. There’s also a nice bit of Asian casting with Zhang Ziyi as Karai and Mako as Splinter in his final role, though neither are really called upon to do very much. There’s a fun sense of humor that really helps tie the turtles together as brothers, though Michelangelo is really the only one who still behaves much like the titular teenager, the rest are all a touch more mature. Especially Raphael with his rebellious angst, though that could arguably fit with a late teen almost ready to leave the house and go out on his own. The fights are also very well executed, especially the one between Leonardo and Raphael, though it also had the baffling moment where Leo was surprised when it was revealed that the Nightwatcher was actually Raph in disguise. Casey Jones easily saw through the disguise and Leo was even lecturing him as if he would have been lecturing Raphael. But even with all of the nitpicks I can find throughout the film, it is still a lot of fun seeing the turtles again in an oddly not-quite-a-reboot, not-quite-a-sequel inbetween movie in this long running franchise.