I’m down to the second to last DC Animated movie and I hope the last one doesn’t end up on a down note like this one did. This came out in a bit of an odd timeline. It was six years after the end of the Superman animated series and right around the end of Justice League Unlimited, and while they brought back Tim Daly and Dana Delaney as the voices of Superman and Lois Lane, they replaced Clancy Brown’s Lex Luthor with Powers Booth and brought in Lance Henrickson for Brainiac. Overall, the movie felt like it was intended for a younger audience and spent much of its hour and seventeen minute run time packed with fight scenes. There were a few moments here and there that made me laugh or surprised me, but overall it felt like a bit of a letdown. 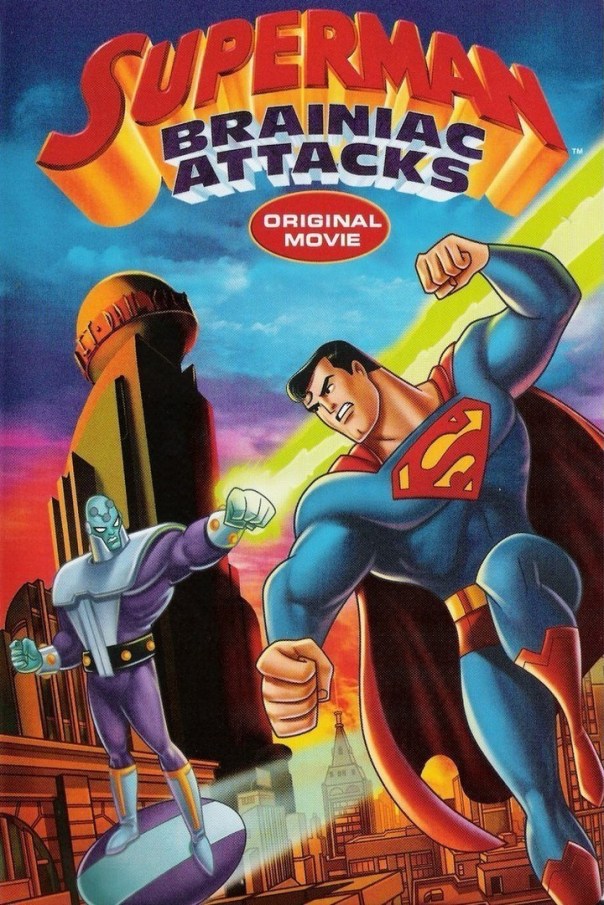 Again, this movie fits into an odd place in time where Brainiac returns to Metropolis to the surprise of no one. Both Superman and Lex are familiar with him, and yet when Superman gives him a single blast with his heat vision, he expects to have defeated him? Also, this is yet again another Superman story where Clark is trying to decide whether or not to tell Lois about his secret identity, something that’s been dealt with in about three or four solo Superman movies farther down the line. It also spends so much time beating Superman down, especially in the opening fight where Brainiac has hijacked a Lexcorp tactical satellite designed to destroy incoming meteors that would threaten the Earth. It also has the requisite moment where Lois puts herself in danger for no apparent reason, they even hang a lampshade on it when Jimmy Olsen asks why she keeps doing that. 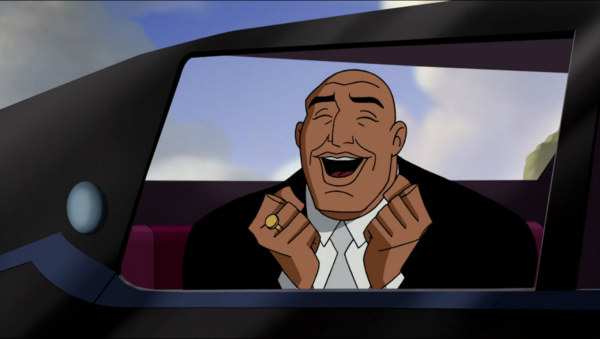 Lex overall as a character in this film is a bit at odds with later and earlier portrayals. For much of the movie he’s slightly conflicted about whether or not Brainiac is going to kill Superman. On one hand, he’d love to see Superman dead, but on the other hand, it doesn’t seem to be able to use it directly to his benefit. Not only that, but he spends every moment available to quip cheesy one-liners. And like Lois’s moment they also make a point to comment on it late in the movie where he makes one of those jokes during a speech to a crowd at his party and it goes over like a lead balloon. His plans also get easily foiled when he doesn’t seem to account for an alien supercomputer that fuses with any and all technology being able to discover a simple self-destruct mechanism.

One of the better parts of the film happen after Superman has to go into the Phantom Zone in order to get a rare element to save himself and Lois from one of Brainiac’s laser gun rays. Even though it’s not entirely explained as the only initial explanation is that he was given a shard of Kryptonite, but it also infects Lois’s blood with some type of galvanizing metal. It honestly starts out a little frustrating as he has a brief fight with a weird black creature but then gets a vial of this golden liquid and leaves without much effort after being warned about how the Phantom Zone houses the most dangerous criminals in the galaxy. But after he cures Lois and tells her about his identity, he soon realizes that something is wrong and he hasn’t actually left the Phantom Zone at all. The one downside of this is that there was no hint or clue that this was even a possibility within the Phantom Zone. And it would have been expected that most of the villains housed in there would have been Kryptonian, but aside from the creature the only thing we see are these blank silhouette phantoms, one of which was able to make itself look like Lois Lane. Not only that, but we only see him get one vial of this liquid and yet he has another one after giving the cure to phantom Lois. 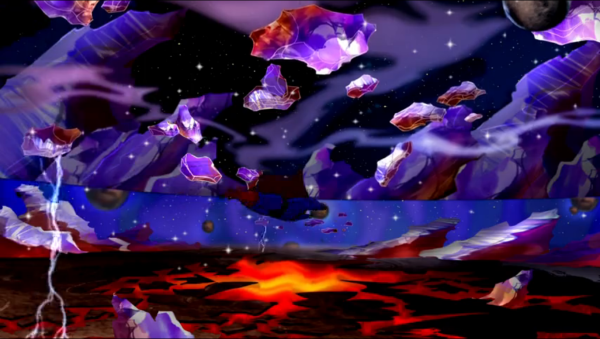 Bonus points for the visual design of the Phantom Zone though.

There was also this B-story with Jimmy who has the hots for Lex’s bodyguard, but Lois thinks the Daily Planet’s food critic would be a better match for him. But he immediately writes her off as being a food nerd and not right for him. So much so that he avoids her at all costs until she meets him on his level at the very end with an offering of a cheeseburger and chili fries. It didn’t really seem to further any narrative in the film’s story, and it didn’t offer much of a counterpoint to Lois and Clark’s relationship either. Speaking of their relationship, after having the fake out reveal to phantom Lois, when he actually cures real Lois he ends up wimping out on the secret identity reveal even though she initially mistakes him for Clark when waking up. The only caveat to this is that he was also planning on leaving Metropolis for good to try and keep Lois safe, until he realizes that she is going to get herself into trouble with or without Superman around to make sure she’s safe. Or at least as safe as Lois can be. 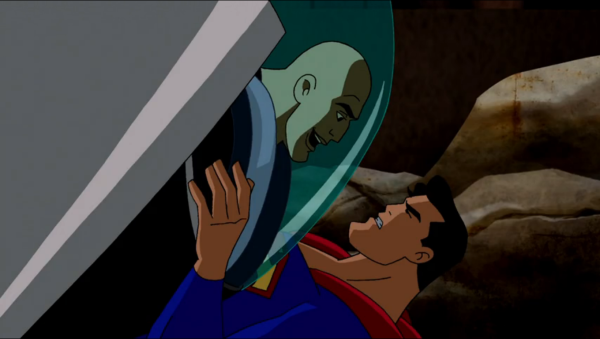