Part of the reason why I decided to watch a bunch of animated movies during July was because I knew that Batman: The Killing Joke was coming out this month and there weren’t any other theatrical releases until August. What ultimately made this more special was that this film was something that I specifically called for almost 3 years ago, even calling for the R rating to separate it from the family fare. What’s probably most interesting about all this is that I haven’t actually read the Killing Joke myself. I’m acutely aware of it, not just for its critical praise and commercial success, but also for some of the more negative critics, specifically for its depictions and/or implications of violence against women and a piece of the large trend of Women in refrigerators. Even as fans started discussing this specific movie, there were also criticisms aimed against it for its new opening act that wasn’t a part of the original story. But for my part, I generally enjoyed the film but I can see some of the weak points in the story. 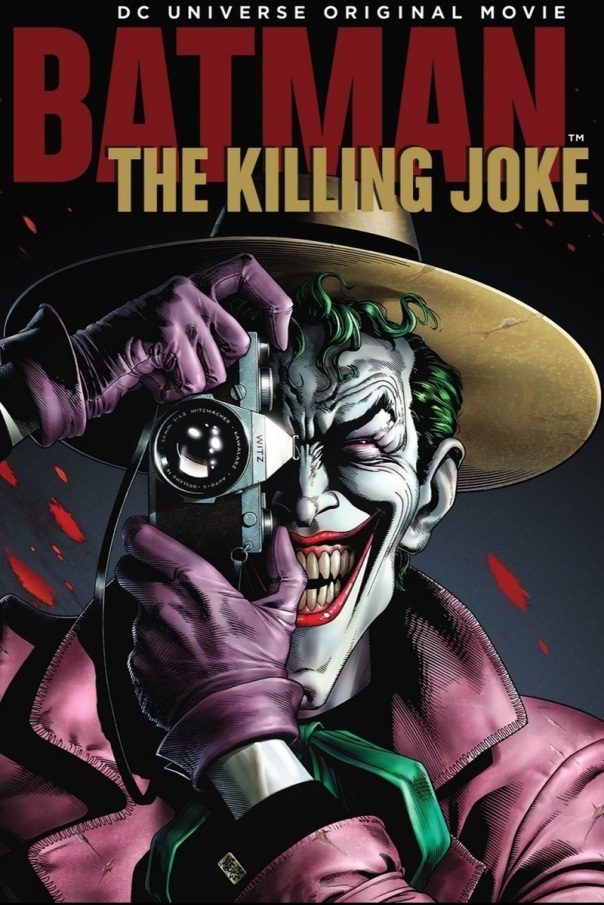 The film starts out with a new section that fleshes out Batgirl and her relationship with Batman. Considering what happens to Barbara Gordon later on in the story, having this felt like a way for the filmmakers to help empower her a little bit more. But unfortunately, this is done by giving Barbara her own Joker-like villain that she has to face off against. He even has a punny name as he goes by Paris Franz. Their antagonistic relationship starts out with him almost immediately objectifying her and during their second conflict he hits her with essentially a spray roofie. And when she finally gets the best of him, she loses control and almost beats him to death with her bare hands, which speaks to the abyss that Batman referred to earlier. There’s also a moment before their final conflict where the mentor and student relationship between Bruce and Barbara comes to a head in a very stereotypical scene. It starts with her being petulant about Batman wanting her off the Paris Franz case, she lashes out at him physically, and it ends with the two of them having sex. All offscreen, but there is a pointed moment where we get to see Barbara rip her mask off and take her top off, revealing her bra. And while a sexual relationship between the two of them has been implied in earlier incarnations, specifically Batman Beyond and in Mystery of the Batwoman which was reviewed here just earlier this month, it doesn’t entirely work as the sexual empowerment that the writers might have intended. It just feels out of place and even cliched. 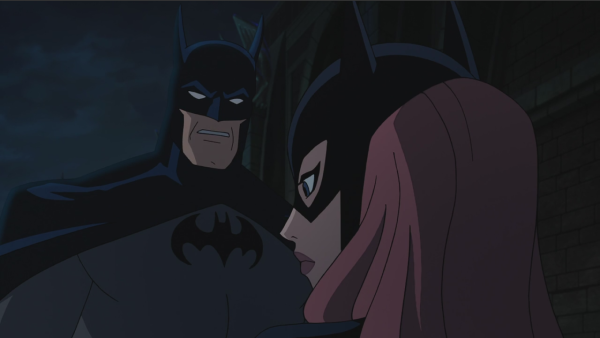 As for the latter half of the film, it was an interesting look at how a single bad day can change a person. There’s essentially three bad days in play here. There’s the bad day that the Joker had that’s being told through a series of flashbacks, there’s the bad day that Joker is specifically forcing on Jim Gordon in order to prove a point, and there’s the bad day that Batman had that we already know quite well and is merely referenced. In the case of Joker and Batman, they used that day to forge similar and yet opposite paths, but as far as its presented in the context of this story, Jim Gordon is ultimately uneffected by his bad day. Yes, there will be some repercussions, but it doesn’t seem like it will be a completely life-altering change that happened to Joker and Batman. The biggest issue with the back story is that while it was interesting, it ultimately wasn’t fully satisfying. In a way that no single back story for the Joker could ever be satisfying. He’s been built up over the course of the entire Batman mythology as this force of anarchy and lunacy. Someone with a genius level intellect, and yet completely and decidedly unpredictable. And when all is said and done, we’re given nothing more than a relatively mundane failed comedian with a tragedy in his life that roughly mirrors Batman’s. Instead of seeing his parents killed before him as a child, he’s forced into a life of crime only to have his wife and unborn child taken away from him in a freak accident before having his own freak accident partly caused by Batman himself. And the ultimate joke with that story, is that Batman never makes the connection to this event to ever realize who the Joker actually was.

But one of the biggest pieces of lore to come out of this story, and is also referenced in this movie is the Joker’s attack on Barbara that paralyzes her and ultimately brings her to her role as the Oracle. But something that never quite made sense watching this for the first time, is how the Joker immediately knew after a single shot in the stomach that he effectively paralyzed her. It’s something that makes sense to readers and viewers on revisiting the story since we know that’s ultimately what happens, but in the moment it seems like a pretty big stretch for him to go on about how he shot her in the spine when he clearly shot her in the stomach. It also doesn’t gel with the beginning of the movie where we got to see Barbara’s progression and growth, but when it gets to the actual Killing Joke story, she is still only a by product of Jim Gordon’s punishment. She “saw the abyss” as it were early on, but that concept doesn’t carry on with her story, we merely get to see the end result of her moving past it with barely a moment to dwell on what actually happened to her as a character. Instead, it’s presented as something that happened to Jim Gordon and how he was forced to face what happened to his daughter. It places the focus too much on the wrong victim. 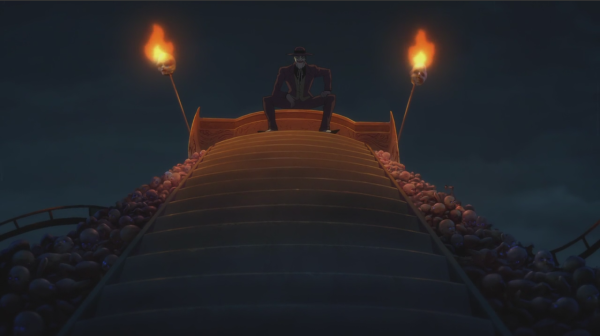 Something else that is often discussed when it comes to the Killing Joke as a comic is also something that’s left slightly ambiguous here in the film. During the final shot before Barbara’s epilogue, we are faced with the Joker telling Batman a joke that makes them both laugh. Not just a casual laugh, but a full blown belly laugh, and as they are laughing, the camera pans down to the ground while we hear Batman continue to laugh, while Joker’s laugh falls ominously silent. Especially as there has been several references to the fact that the only way their relationship can end is when one of them kills the other, which implies that during that final moment, Batman does kill the Joker. Even though it goes against his own code of ethics, and even after Jim Gordon pleaded with him to take him down by the book even after being subjected to the Joker’s twisted sense of torture. But it comes down to the fact that the Joker just can’t be saved. It does actually work quite well as an ambiguous ending, so there is still that bit of doubt as to what actually might have happened. But the most fitting way for that to end would be the death of the Joker.

One of the selling points of this film, even from early on was the return of Kevin Conroy and Mark Hamill as the voices of Batman and the Joker, and Hamill does a fantastic job as always. I didn’t quite get a great feel for Conroy as I might usually, just because the character as presented here spends much of his time being overly stoic, especially during the opening scenes with Batgirl. There are also some great visuals throughout the film, especially surrounding the Joker himself, many felt like they were directly inspired by the original comic’s artwork. Nothing ever felt incredibly dynamic, but the story also never called for it. It’s tough to say overall how I ultimately feel about this movie. As I mentioned, it’s my first actual experience with the Killing Joke in any form, and while I understand the intention of the opening sequence to give Barbara more of a character arc, I didn’t feel like it was enough. But that wasn’t enough to completely put me off of this story, it was still a fascinating look at the relationship between Batman and the Joker and how they feed off of each other. This was also the first DC animated film to get an R rating, and it was not only earned, but the shocking moment of violence felt appropriate to this story. I don’t think this will become a favorite of mine, but I’m glad I finally got the chance to see it in its entirety. Until next time, this has been Bubbawheat for Flights, Tights, and Movie Nights.