This month of animation is almost over and with this movie I have now officially seen every single DC Animated movie ever made, not counting some multi-part TV episodes that were later released as a movie. This was the last film before transitioning into their Warner Premier made-for-home-video and it also happened to come right at the end of the Teen Titans run. I’ve only seen a handful of Teen Titans episodes, and quite a bit more of the later series Teen Titans Go, and honestly this felt a little bit like a transitional moment between the two series even though it was hot off the heels of the first series and years before the second. While the overall story was serious, there were plenty of moments that used a very anime style of comedy in the animation, something that is widely used in Go, but I don’t recall it being used much in the original Teen Titans. The movie was fun, the villain was interesting, but my biggest complaint was that it only used the Tokyo setting for a large number of cliched stereotypical jokes without any real respect to the culture. 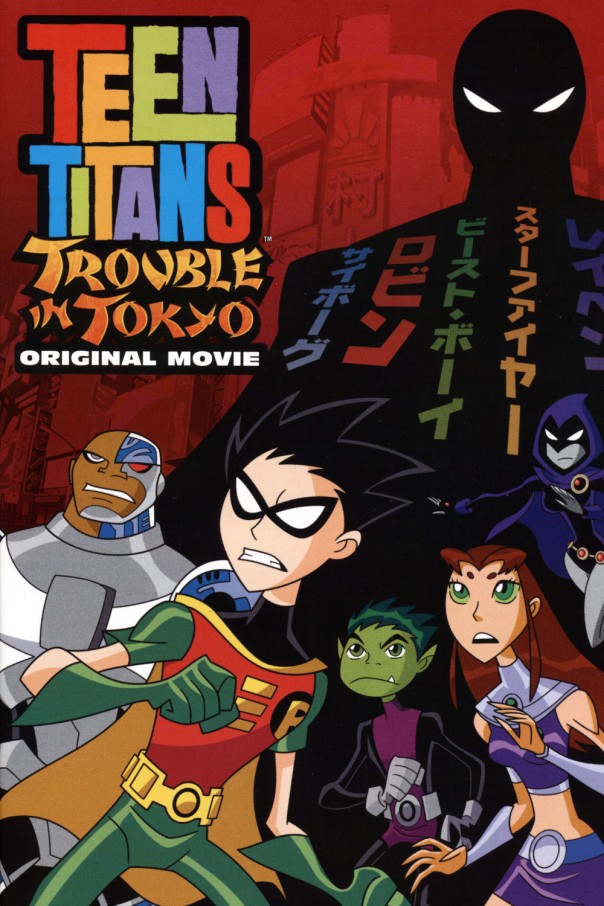 The setup for the film is a mysterious villain comes into Teen Titans’ territory and busts up their place. When they capture him, he only speaks Japanese, but when they are able to get any information at all out of him, they only get the name Brushogun. So they decide to take a trip slash vacation to Tokyo to get more information, but also run into Lieutenant Daizo and his squad of soldiers who is very defensive about the name Brushogun. Most of the run time involves Robin investigating while everyone else splits up and treats it more like the vacation that Beast Boy wants it to be. They each end up getting attacked by a group of enemies specifically tailored to each of them. 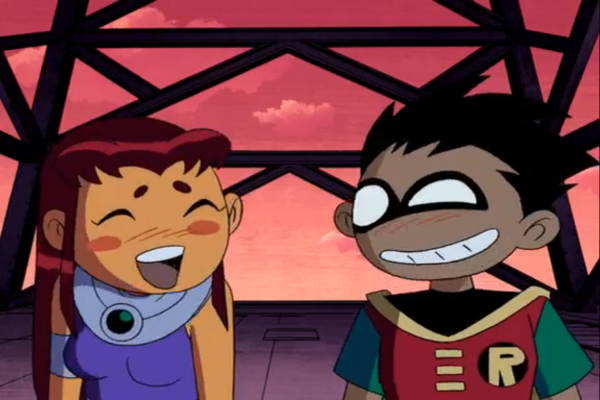 One problem comes after you realize what the big reveal is: that all of the villains are made out of mystical ink so they aren’t entirely real. It’s played up a little bit early on, especially when it does get to the very specific villains for each of the heroes that are predominantly a single color. Not only that, but they also correlate to the four colors used in early four color comics printing: Magenta, Cyan, Yellow, and Black. But there’s also groups of more human looking characters that aren’t specifically four color characters, and it’s not entirely clear if they are also Brushogun’s creations or if they just happened to be chasing the heroes for their own reasons. Especially when it comes to the very specific looking chef in charge of the all you can eat restaurant that Cyborg terrorizes. He also makes a return appearance in the end when they are all hailed as heroes in Japan to give Cyborg an ultra-giant smorgasbord. But Beast Boy is chased by a giant group of Otaku schoolgirls and while the main girl turns into a single color catgirl, the rest don’t have any personality, but also don’t make any sense to be chasing him unless they were also ink creations. 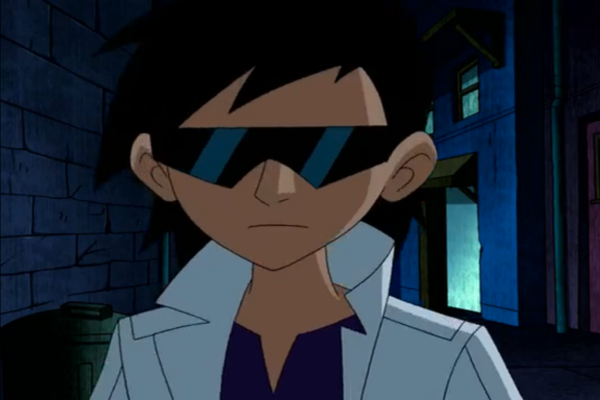 He blends in perfectly… if it were an episode of Miami Vice.

What’s most disconcerting about this film is the horrendous amount of Japanese cliches thrown in. There’s the bad karaoke that Beast Boy sings to win the favor of the cute Japanese Schoolgirl, even if he’s actually singing directly translated lyrics to the show’s theme song which was a fun touch. There’s also the weird Japanese arcade where Starfire plays a bizarre rhythm game that combines Dance Dance Revolution, Guitar Hero, virtual reality, and Whack-a-mole. She also happens to be good enough at the game to attract an audience of mostly overweight, geeky looking Japanese guys who cheer her on. What did work better were all the anime style flourishes throughout the movie, like when their expressions spontaneously change to something more chibi, or when the background drops out to a single color during an action scene. All of those moments felt much more of an appropriate homage than any of the cultural references. 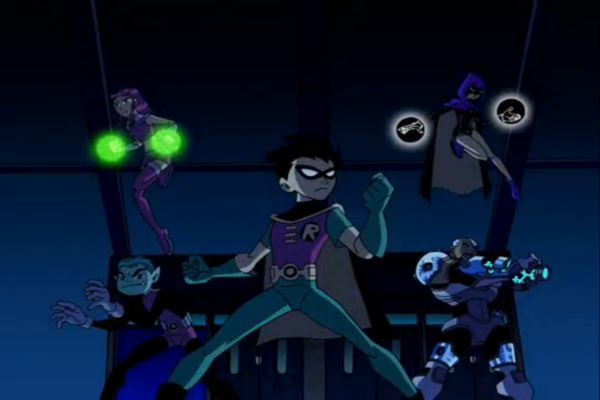 There is an overall mystery, but it’s not a very strong one. Lieutenant Daiko’s immediate shiftiness surrounding anything to do with Brushogun immediately puts the suspicion onto him. There’s also a shadowy figure that felt very reminiscent of the few episodes of Teen Titans I was familiar with when Slade was presented in a similar way. There were some well done moments here and there, like when Robin was framed for murder. But it was shortly followed by a moment where he decides to go incognito, leaving his Robin costume aside. But the only thing he does as not-Robin is beat up a dive bar before he’s immediately found out, which means that the costume change accomplished absolutely nothing. The reveal of the true Brushogun was also surprising and the design for him as a character looked great. Overall, it was a decent mix of action and comedy, and there was also a nice little B story involving Robin and Starfire’s relationship moving to the next level, something that I imagine helped appease fans of the series and also worked well enough within the context of just a single movie. It was light, it was fun, but it still had plenty of issues. Until next time, this has been Bubbawheat for Flights, Tights, and Movie Nights.