← Batman Tech
Vincent Has No Scales →

If you like what I’m doing here, please take a moment and consider joining my Patreon so I can find more lesser known superhero and comic book movies to review here. I’m almost done with my month of Aquaman with the last official DC movie featuring the underwater hero. There is one more indie Aquaman-like movie, at least it appears to be based on the synopsis. But besides all that, this is yet another DC Superhero Girls movie and likely the last one before they switched styles yet again for the new Cartoon Network series. They have all been on the same level of quality with a large number of women heroes along with an overall message of friendship and acceptance. This one is no different and it includes Mera and her sister Siren for an underwater battle with a mere cameo from a teenaged Aquaman. 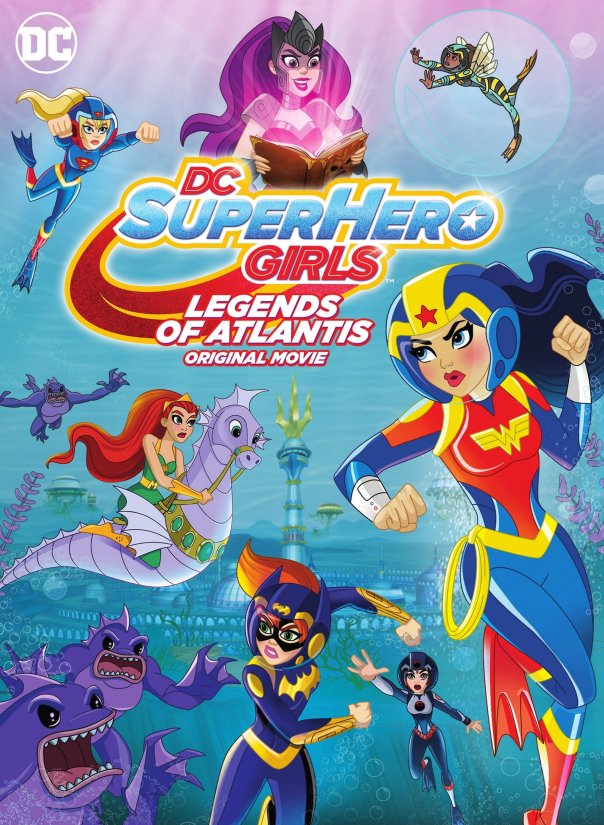 Like a lot of these DC Superhero Girls stories, there tends to be a bit of a redemptive and friendship arc throughout the entire movie. And in this movie there’s two of them. We have the main redemptive villain with Mera and her sister Siren. While Siren is basically the evil one who wants this magic book called the Book of Legends in order to get back to Atlantis and/or rule it or something like that while Mera is more or less just going along with her sister because it’s her sister. Once everything fully goes down and Siren goes full evil and turns on her own sister, Mera becomes the hero that nearly everyone knows she’s going to be. Meanwhile, back at the school we have Raven who’s the current new girl at school but she’s not the Teen Titans version of Raven yet and she can’t control her emotions and therefore her magic just yet. And while everyone at school is nice to her, it’s Harley Quinn who takes it upon herself to befriend Raven. It does make it a bit funnier since both Harley and Raven are both voiced by Tara Strong.

We also get a little bit of friendship humor and classic cartoon antics when Raven’s first help with her magic causes Batgirl and Supergirl to swap powers. Even though it’s a bit of an annoyance because they consider Batgirl’s tech knowledge to be her superpower even though it’s really just her knowledge. They even go a step farther later on in the movie to have Supergirl with Batgirl’s knowledge wear glasses, because she’s smart so she obviously has to wear glasses, right? Honestly, one of the great things about these DC Superhero Girls movies are the classic cartoon elements sprinkled throughout the movie. Besides the powers swap which is a classic cartoon trope, we also get the classic sound effect whenever Aquaman uses his fish telepathy. There’s also slightly less obvious cost cutting measures like how Siren summons an army of the Trench sea monsters but we generally only see a few of them at a time, generally no more than eight and usually just three or four. 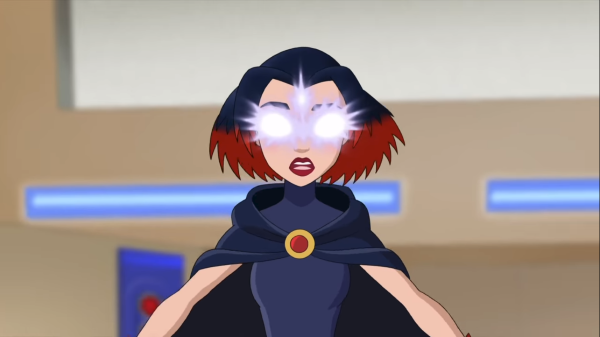 The actual meat of the story with Mera and Siren trying to get the Book of Legends, take over Atlantis, and sink Metropolis into the sea for retribution generally works well enough. Throughout the first half of the movie, Mera plays the sympathetic villain pretty well, she obviously wants to get back to Atlantis and help her sister, but she doesn’t like everything that they are doing to make that happen. We also get a few different teams of heroes trying to stop them along with some water based combat and underwater situations. And like with many of these various DC animated properties, they include almost all of the Teen Titans minus Robin and use the same voice actors even though they have slightly different designs. It’s a nice piece of consistency and honestly the voice actors have made these characters their own just as much as Kevin Conroy’s Batman and Mark Hamill’s Joker so it’s great every time they show up even in a spin off animated series like Superhero Girls.

Besides the friendship angle, there’s also a subtle moral about accepting yourself as you are, especially with Raven and how she doesn’t like her magic and how it messes up most of the time. But there’s also a little bit between Supergirl and Batgirl and how they initially envy each others abilities and surprisingly relish the initial powers swap rather than wanting to immediately swap back. Instead, they gladly have fun with their new powersets and it’s not until things start going wrong and they need to use their powers with more experience than either of them have that they decide that it’s actually best to get their powers back to their own bodies. And Harley Quinn might have been an odd choice, but she does a great job at getting Raven to harness her emotions and accept her own abilities in order to control her emotions and her magic by the end. 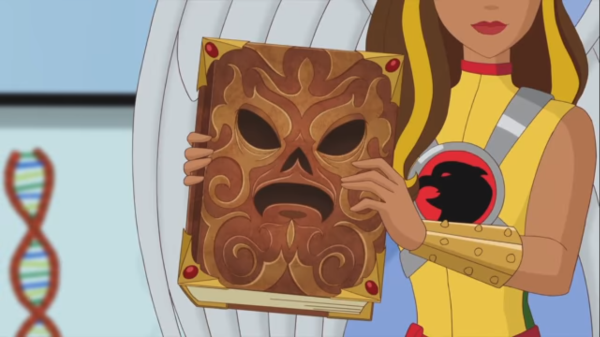 It’s the Book of Legends, totally not the Necronomicon

Compared to the rest of the DC Superhero Girls movies, this is actually one of the better ones. The action works well, and the friendship lessons are well earned and subtle enough to not feel like they’re obvious lessons or morality plays. But there’s still an element of being overly kiddish compared to some of the more adult themed DC animation and of course that’s never a bad thing as it’s nice to have a wide range of tones for a wide range of audiences and still have access to all the DC characters. DC Superhero Girls still fills a very much needed niche and it’s nice to know that they are making superhero entertainment for girls without pandering to girls with stories about superheroes playing dress up and doing each other’s makeup. It’s still a superhero story, it just happens to feature a cast that’s primarily female, and that’s great. Until next time, this has been Bubbawheat for Flights, Tights, and Movie Nights.

← Batman Tech
Vincent Has No Scales →