Welcome back to another week of super-heroics and a little bit of news for you. I don’t generally talk about news much, but I am a big fan of the underrated show Don’t Trust the B– in Apartment 23 with Krysten Ritter as the lead so I wanted to talk a little bit about a recent announcement. There hasn’t been a whole lot of news that I’ve noticed that concerns the Netflix Marvel shows that aren’t Daredevil. But they recently announced the leads for the upcoming shows Luke Cage and Jessica Jones. I personally don’t have any exposure at all to Luke Cage or Jessica Jones other than the fact that all of the Netflix series are supposedly more down to Earth and less superpowered. I also don’t know much about Mike Colter who was cast as Luke Cage, but I’m completely on board with Krysten Ritter as Jessica Jones. Things are starting to ramp up before slowing down as the current shows start getting into their midseason finales, with Gotham last week, The Walking Dead this week, and the Flash next week. While Agent Carter starts a month from now and iZombie somewhere around there as well. And as always, I’d like to thank Rachel Thuro for tackling the Walking Dead. And I just realized that I forgot to watch Agents of S.H.I.E.L.D. this week, I’ll either add it in tomorrow, or add it to next week’s post.

Mid-season finales are no friend to the Greene family. I was never a huge fan of Beth, but only because I didn’t see much in her character, despite the show’s best efforts of pushing her more to the front after the prison collapsed. Be that as it may, that doesn’t mean I was praying for her death. Only now that she’s gone do I truly see how tragic it all is and I appreciate her innocence, hope and strength in the cruel world she was thrust into as a teenager. Above all though I mourn her loss for Maggie, who was on the verge of being reunited with the only blood family she had left, and for Daryl, who changed during his time on the road with her. The rest of the episode was on point, with some great action at the church for Michonne and Carl fighting off a mini-horde. The group headed for D.C. returned, reuniting (almost) everyone. And all the scenes at the hospital were incredibly intense until the last minute. As for Beth’s demise, I felt it coming. If anyone was going to die, she was a prime candidate, and once she tucked the scissors into her cast, her fate was sealed. And yet, I was still shocked because everything happened so quickly, that before I knew it Beth was dead and Daryl retaliated by killing Dawn, though I have to wonder what Beth hoped to accomplish by stabbing Dawn in the first place. I really wondered if Rick would just go ahead and kill everyone else in the hospital (he’s had a real bloodlust since Terminus), but he was able to walk away. And the closing moments were just heartbreaking. Though this episode wasn’t a game-changer for the group, like last season’s mid-season finale, I’ll be interested to see where things go when the show returns in February, because now the group has no home or goal with two recent deaths hanging over their heads. Mostly, I want this Morgan mystery resolved. 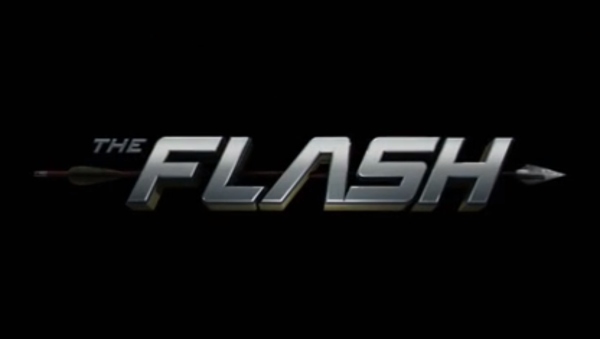 Episode: The Flash vs. Arrow

It’s been a while since I’ve seen a good crossover episode. Probably not since the time when Buffy and Angel crossed paths with each other on their respective shows, even though I didn’t see them until syndication. But this episode has been hyped since almost the start of the season when they showed that the two characters existed on the same universe and just a mere train ride or run in order to meet up with each other. The Flash has already seen Felicity come over to the show for an episode, but this time around the whole gang comes along and secret identities be damned! The high point for me was all the hilarious reactions from Diggle who I wasn’t familiar with at all considering I haven’t really been watching Arrow at all. Mainly the episode felt like an excuse to showcase how differently each of the heroes work, where Barry has the power but goes in head first and flies by the seat of his pants. While Arrow has a plan of attack and relies on his preparation and experience. There’s nothing funnier than seeing Flash get shot with an arrow in the back with the casual reply “I heard you heal fast”. But of course, there’s also the villain of the week involving someone who essentially has the power of Red Kryptonite from Smallville, only with a bit more rage than just the losing of inhibitions. And of course, Barry gets “whammied” as an excuse to have the two heroes fight each other outside of being just a practice exercise. It’s even more noticeable when it finally comes time to go work together to catch the villain and it all happens during the commercial break. Overall, it was a pretty fun episode and also played an important part in the overall storyline involving Barry and Iris. Although I believe some iterations of the Flash have him eventually marrying Iris (although without the whole growing up together as step-siblings), here he gets on her bad side as he goes after her current boyfriend while under the influence of Red Kryptonite, or the rage glare, whatever you want to call it. Of course, she still hasn’t made the connection between the Flash and Barry, so those two are likely still on good terms. And of course, there’s also the setup that there is a Flash task force now within the police force dedicated to arresting him. Good times. Oh, and I have to mention that I loved the fact that Dr. Wells name-dropped Batman within the episode like it was nothing.

Episode: The Brave and the Bold

As essentially the other half of the Flash/Arrow crossover episode, I had to watch it. Especially because they teased Captain Boomerang via the first half of the episode. One of the first things I noticed about Arrow is that I had no idea that they introduced a sidekick for him already and throughout the episode I don’t think I ever caught his name, though I do believe “Speedy” was referenced. I’m not entirely sure if that’s what they actually call him, or if that’s what his sidekick was named in the comics back in the day. I also thought it was interesting that the title of the episode was also used for a Batman cartoon series several years back. It also was great to see the Flash really act like the Flash that I’ve known from those kind of cartoons. The cocky, flippant character that is absolutely a blast to watch. He felt more like the Flash here in Arrow than he has so far in any episode of his own show. There wasn’t any bothering with the serious love story or the serious backstory of his parents, or anything else. All the serious stuff was kept with Arrow while the Flash just got to spend the entire episode being the Flash and I absolutely loved it. Even though I didn’t really have any idea what was going on with several of the other characters like Diggle and his love interest, or anything to do with Amanda Waller. I am slightly familiar with the Suicide Squad and I knew that it had been referenced in Arrow but I didn’t quite know to what extent. Coming into it blind, there was quite a bit to take in, but it was still a nice episode and companion piece to the Flash’s half of the crossover episode, especially the end tease with the full blown practice fight between Arrow and Flash.

Episode: Blessed are the Damned

After last week’s relatively mediocre episode it was nice to get back to something a little more interesting as well as something that I hadn’t seen much of before here. While I said last week that it was nice to have an episode without Zed, I was actually glad that they didn’t spend much time away from her and brought her back right away. The case of the week here was actually quite interesting where they follow a reverend of a small, backwater church of snake handlers who gets bitten by a venomous snake but comes back to life holding the feather from an angel’s wing. While the angel herself wasn’t quite as majestic as Tilda Swinton’s wings from the movie version, they were still quite impressive for television. I also thought the twist was very well done when they find out that the angel wasn’t actually one of the ones from heaven, but instead she was a fallen angel working for hell. And after several episodes of just popping up and giving Constantine some infuriatingly vague advice, the actual angel Manny finally comes around to finally picking a side and helping Constantine a little bit more, and a lotta bit more at the very end where he does something that he says he will have to face consequences for. But he doesn’t yet say what those consequences might be. And the final tease shows some further possible darker motives for Zed even though I have no idea what it actually means for the future of the show. One thing outside of the episode that I thought was really great was the fact that for some reason William Shatner was livetweeting the West Coast feed.

#Constantine What was the Angel doing? Making leaf Angels? 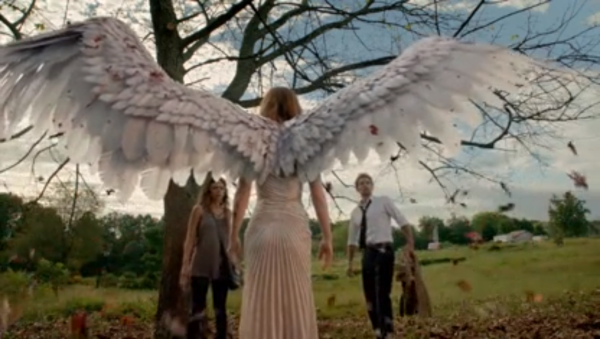