I imagine the thought process at CBS or whatever studio financed the two Captain America films was that the first one would be so popular that people would be clamoring for a sequel and so it went into production before the first one aired. And however the ratings were for the first one, it was essentially either too late or the ratings had enough merit to continue the production. There’s even an unlikely chance that these films were produced back to back but the true details are a little bit too far buried than my ten minutes of internet research will allow. It is interesting to note that this film was aired as essentially a two part mini-series, airing the first hour – counting commercials one night, and the second hour the next. And similar to the first Captain America, that is honestly one of the most interesting things about the entire film next to the fact that the villain was played by none other than the late, great Christopher Lee. 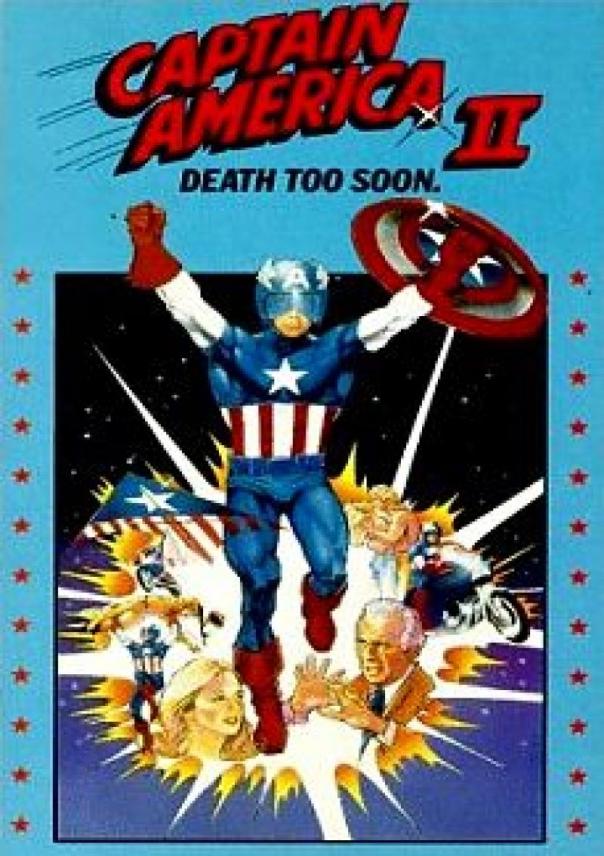 There really isn’t much to say about this film aside from the fact that it literally does not make one lick of sense from beginning to end. Even taking into account the absurd changes to Captain America’s origin story, there is so much in this film that doesn’t make any sense. Why does the film start with Steve Rogers painting a portrait of an old woman in the park? Why does he then proceed to use that old woman as bait to lure out pension check stealing hoodlums? Why is he still practically living out of his van? Why does he have a cat with him that seemingly turns into a dog at the end of the film? How did he gain an encyclopedic knowledge of veterinary medicine in order to reveal that the vet was not really a vet? Why does Steve Rogers gravitate to the only young boy in the entire town in a very creepy way? Why does Christopher Lee play a villain who goes by the name Miguel? Why do the henchmen think that Captain America saved Steve Rogers and not that Steve Rogers was Captain America? None of these questions are answered in this movie and many more are raised.

Super soldier, national hero, caricaturist. He’s got it all.

Boiling down the actual heart of the plot, there’s the aforementioned villain Miguel who is a terrorist trying to ransom the United States for money or he will release a rapid aging toxin across the world. He has already used it on the small town of Barrington and is using the temporary antidote in return for their silence. He then uses it on the nearby town of Portland to show he means business. There’s nothing wrong with the plot itself, it’s very fitting for a comic book styled villain who has his headquarters in a federal prison – the last place anyone would think to look according to Miguel. Along with his pocket scientist, he also has a squad of goons to run off any would be newcomers to Barrington.

There are a few moments where Rogers is supposed to be shown using his intellect to help solve the mystery surrounding this Miguel, but there’s just something about the constant, slightly confused look on Reb Brown’s face along with his slight southern drawl that never really helps to convey that intelligence. There is still a giant lack of charisma or acting skill with Reb Brown. Whether he is trying to put the moves on the local girl and her son, or trying to mow down the henchmen with a baseball bat, he never raises his energy level above a three. Even when he finally gets the chance to spout out a cliched action movie one-liner, it comes off very flat an uninspired. It doesn’t help that the music to go along with it is a very generic 70’s TV score. It often felt like a low budget cross between the A-Team and the Young and the Restless. 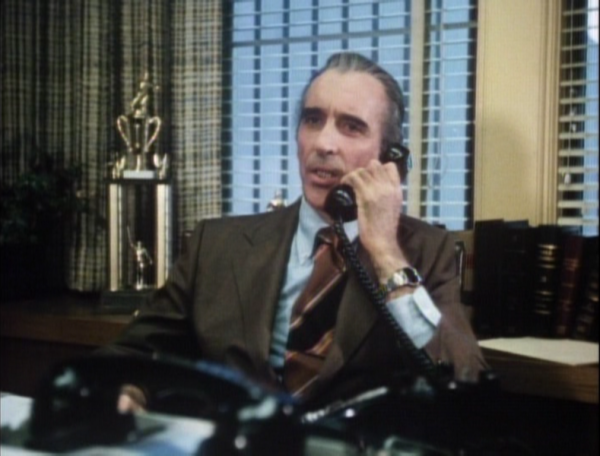 Even though Captain America does finally get an interesting fight, and a five-on-one fight at that, he spends more time painting his cat than he does actually fighting. There is nowhere near enough action, charisma, or plot to have this film make any sort of sense. It meanders from plot point to plot point with ridiculous science like when the not-SHIELD scientist tests the antidote on herself when she hasn’t even been infected with the aging drug in the first place, or when they test it on a pair of identical newborn twins where one baby grows a month within an hour while the inoculated one doesn’t, or even when the Barrington mother explains that the antidote given to them only works for a few days at a time, and yet the film ends without a permanent solution for the entire city of Portland. It’s slow, it’s nonsensical, and it still has nothing to do with the comic book character. Aside from the first one of these, it’s been a while since I’ve watched a movie this infuriatingly bad, there were only two bright spots: Christopher Lee’s very brief scenes, and the Captain America dirt bike with built-in hang-glider capabilities. Ugh. Just Ugh. Until next time, this has been Bubbawheat for Flights, Tights, and Movie Nights.