After a very long hiatus, I have returned with another edition of Superhero Shorts. This is a series where I showcase a superhero short film, typically a fan film, give a brief review and ask a few questions to someone involved in the project. Today I’m featuring a new Captain Planet short called the Planeteers from SuperEpic productions headed by Jerry Brown Jr. You can watch the short on their YouTube channel or right below.

I thought this was an interesting take on Captain Planet and the Planeteers. Obviously, I was a big fan of the short I featured here a couple years back but this takes a similar-yet-different take on the Planeteers as adults. Here they are just getting their powers and coming together as a team for the first time, so they haven’t fully gelled together yet. I liked the added touch where Gi didn’t actually speak any English until Ma-Ti used his power of heart to connect them all together. The biggest downside was the budget for the effects, the Planeteers’ powers all looked well enough, but the scope of what they wanted to accomplish with the look of Captain Planet himself felt just a little bit out of their reach. It’s an interesting interpretation to have him look much more like a living embodiment of the Earth for sure. But enough from me, let’s hear from the man behind the short as well as the face of Kwame, Jerry Brown Jr.

Bubbawheat: I imagine that you were a fan of the Captain Planet cartoon when it was on, what about the show stuck with you all these years? And what about the rest of the cast, were they fans too, or were there any that you had to convince?

Jerry Brown Jr: When I was a kid, just seeing young people with magical rings was enough to get me interested, and after all these years the thing that stuck with me the most was that ultimately the show did it’s best to provide positive messages to viewers. This was a show where a group of people from all over the world with different cultures were able to work together and basically be…well…superheroes. It’s also one of those shows that really colors the era for a lot of us 90’s kids, so when I started getting the cast together, everyone was really excited. They all pretty much hopped on board immediately. Rachel (costuming) made us some sweet shirts. Victor and Collin (music) were down before the first edit started. Franklin was especially excited to play Ma-Ti. The cast and crew were super supportive and awesome from the moment I sent out my “I’m assembling a team…” emails.

BW: There have been a few different fan takes on Captain Planet in recent years, most notably the Don Cheadle darkly comedic version as well as one that I featured here from Just Another Production Productions, were you aware of these and did you take any inspiration from them, or did you want to do things differently?

JBJ: Oh, I was definitely aware of both, kudos to both teams! I had seen the Don Cheadle one a few years back (and it’s subsequent sequels) and discovered the Just Another Production Productions short after I started thinking about writing a script for our SuperEpic short. From the get-go I knew I wanted to do things differently. Of course I knew Captain Planet had to make an epic appearance, but I wanted to make a short film based on the human characters, exploring their infighting, their personalities, and what brings them together. Captain Planet was meant to be the icing on the cake. I didn’t want a parody but something vibrant and bright that kept these characters light and grounded with a small dash of grit. I feel like we did a really good job with that goal. These days a lot of stories based on comic book properties or cartoons tend to favor a much darker tone. Darkness can have a place in these stories and can be fun to explore, but it wasn’t the world I wanted this version to play with yet. Thus, “The Planeteers” was born! 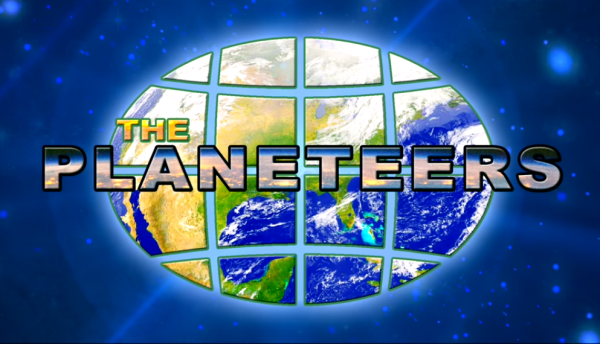 BW: There’s been a lot of talk about diversity in front of and behind the camera recently, can you talk a little bit about your experiences on that front?

JBJ: This is a super important subject for me. I could talk for days about it, but I’ll contain myself a bit. I’m a black actor / filmmaker. I feel completely fine saying that it’s my job to make sure the cast and crew of my projects are diverse. Simple as that. It’s fun and challenging to do something that forces me to think outside the box of what I normally see on TV, movies, and credits. If you’re willing to take the chance, you’ll find that there are many different people who are perfect for the job or role. If I can tell a story with three of my awesome white American friends who are phenomenal actors, what happens if I change two of those roles to a black woman and an Indian man who are also perfect for the part and phenomenal? Does my story still hold? Does it make sense? Am I interested in exploring this variation? If not, why? I know a pretty cool director, what if I have her direct this story instead of me? How does her life experience color the story? I think about these questions all the time.“The Planeteers” just so happened to be the perfect place to exercise some answers to my questions. SuperEpic is small now, but my goal is to carry these principals into bigger projects as we grow.

BW: It’s often difficult to make Ma-Ti into something other than a joke, was it important to treat Heart more like a badass than just the kid who could talk to animals?

JBJ: Ha! Yes! That’s actually what started the journey to writing the script and filming. My friend Enrique (the production assistant) and I were joking about Ma-Ti and what the other Planeteers would say between each other when he wasn’t around about how “useful” the heart ring is. Wheelers rant before Ma-Ti attacks was basically a chunk of our convo. After that I decided to do what DC did to Aquaman after years of people ragging on him. I turned him into a badass, minus the hook hand of course. Ma-Ti can now talk to any creature, control animals, auto-translate language, partially read minds and astral project his voice. So yeah, because Ma-Ti ended up being the essential part in the story, it was important that he came across as a dude with some serious power that could scare the other Planeteers into using their powers.

BW: What made you decide on your look for Captain Planet with the extra effects rather than just a standard costume?

JBJ: Lou Ferrigno Hulk or Mark Ruffalo CGI Hulk? Which one fits better for the story’s universe? It’s like that. That was another decision I made before the script was even put together. I wanted a real distinction between “human” and “other”. You have the humans, and then you have Gaia and Captain Planet, who had to look like powerful forces of nature. Dr. Manhattan from Watchmen was a base inspiration for Cap’s design. I wanted Captain Planet to always be glowing, his “skin” shifting and flowing as nature goes wild around him. I’m pretty sure Carlos (Captain Planet) would’ve enjoyed a real superhero costume than what he had to wear for the green screen, but I think it turned out really well.

BW: And finally, something I ask everyone I talk to, what is your favorite superhero movie?

JBJ: Spider-Man 2…before it was dethroned by Captain America: Winter Soldier 🙂

BW: Is there anything else that you’d like to add?

JBJ: Yeah, just wanted to add that my hope is to turn this into 5 episode miniseries! It’s sort of like a pilot. Everyone came together to create such an awesome piece of art that I want to play around in this world a little more down the line. Thanks to the cast and crew and thank you Nathan for giving us the spotlight for a bit!

Thanks for bringing this short to my attention and giving me a reason to bring back my Superhero Shorts, at least for one more time. Hopefully I’ll have some more of these to share in the near future, but until next time this has been Bubbawheat for Flights, Tights, and Movie Nights.