My June-ing the Cult month is winding down as I get to my last two which are also the two most recent films in this line up. Over at the The Movie Rat, Bernardo suggested that I check out Zokkomon, which is only five years old at the moment and was actually distributed by Disney World Cinema. Aside from that, I had no idea what I was getting into other than I assumed there would be at least some musical numbers based on what little I’ve seen out of Bollywood. What I ended up getting was a weird mix of Batman, Harry Potter, with a little Matilda and even the Karate Kid thrown in for good measure. The high point was the colorful characters and the touch of a greater message that was only slightly heavy handed. Very fun film and easily recommended. 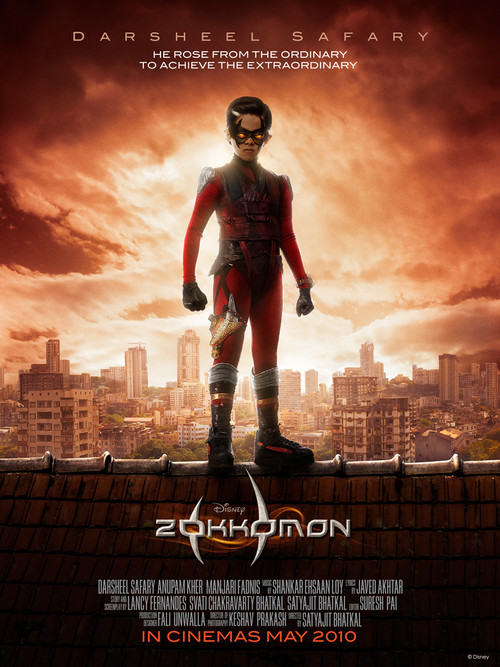 At my site The Movie Rat I am, to quote my manifesto, “always be looking for new and unique films.” That brings me to Zokkomon and why I suggest you give it a chance. Zokkomon pre-dates the Stan Lee-branded Chakra franchise as an attempt to make a young Indian superhero. This one backed by Disney India is significant at the very least as a cinematic attempt to create and indigenous version of an American archetype. Whereas this film may not be as wildly successful as Brazil’s Coffin Joe was at co-opting North American tropes with culturally relative sensibilities, it does remain firmly entrenched in its cultural mores, albeit in a progressive way, and some of its filmmaking traditions.

The film itself is a weird mix of genres filled with plenty of familiar trope-y characters. It starts off with the popular kid in a nice school getting shipped off to his evil Uncle who runs a school full of abusive teachers while the Uncle himself embezzles the government money for himself and his very Dudley Dursley-esque son. It’s the type of school where the teacher don’t even know the proper English and discipline Kunal when he corrects them. Even so he manages to immediately befriend his own Ron and Hermione. Meanwhile, his Uncle is trying to get more government funds so he can open more schools when he is exposed as an embezzler. But instead of simply being arrested on the spot, he is somehow able to get around it if he returns the money. It’s not entirely clear, but he goes forward with a scam to get Kunal’s inheritance by leaving him at an amusement park many miles away then claiming he died, and nothing is ever spoken about the threat of jail again. 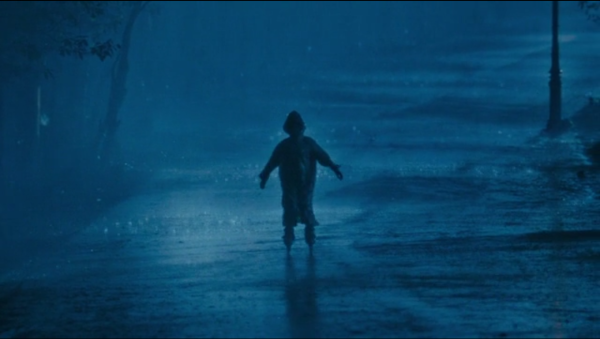 For a superhero movie, the actual superhero element of the plot doesn’t kick in until almost an hour into a movie that’s less than two hours long. Kunal spends a very brief period of time as a homeless kid in the big city before finding a kindly young free spirit named Kittu who squats in a nearby movie prop warehouse. When Kunal finally returns home, Kittu happens to get arrested for trespassing and Kunal gets treated as a ghost while his Uncle and Aunt plot to kill him since he’s supposedly already dead. That’s when he discovers that this big haunted house is actually a secret science lab and the crazy old koot is actually a famous scientist who becomes his mentor. They play up the fact that the town thinks he’s a ghost in order to essentially make the town a better place and expose Kunal’s Uncle and the town’s spiritual guru as frauds. He gets a mask, costume, jetpack and gadgets in order to essentially just disrupt the school and somehow rally all the kids around him. 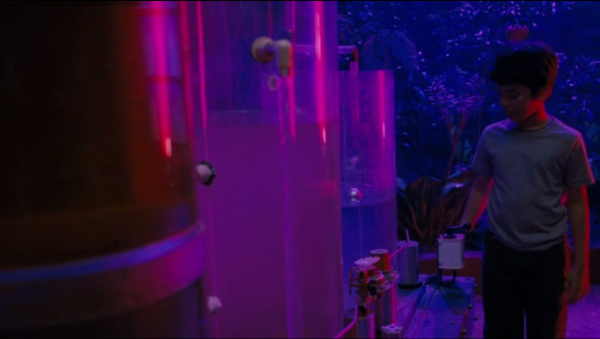 There is a bit of an underlying theme of science vs superstition. The town they live in is a very long and hard to pronounce Indian name, as noted by even the characters themselves. The opening credits musical actually sets a few things up quite simply and subtly like when we see the crowd gathering around the town’s mystical guru who shoots smoke into the air with his hand, and we see a close up of a metal pipe retracting back into his sleeve. That and the fact that he’s working with the Uncle is all that the audience needs in order to know that he’s a charlatan. We also get to see a large group of people turn around and walk the other way simply because a black cat walked in front of them. Even moreso than the Simpsons is this a town completely ruled by mob mentality. When Kunal returns after being declared dead, he’s wearing a white poncho and rollerblading down the street at night, in the rain, and literally the entire town hides in their homes in fear of his ghost. This is also where the element of Matilda comes in as the schoolchildren eventually become inspired by the tirade of Zokkomon so that they end up fighting back against their teachers and somehow learn about science in the process before becoming a legion of Zokkomons in their own right.

But what really helps make this film likable are the characters. Even though most of them are very archetypal, they’re still enjoyable in their own rights. The Uncle himself is a perfect sleazeball with his well-to-do clothes, hairpiece, and greedy smile. The free spirit Kittu is also quite enjoyable even though she doesn’t get a whole lot of screen time. Even though she’s homeless, she appears as this bright spot around a bunch of dirty bums trying to steal Kunal’s food and quickly becomes a surrogate mother to Kunal via a costume change montage style musical in the prop warehouse followed by a mini montage showing them having fun around the city. Then she essentially disappears until near the end with only brief cut backs to see her trying to get out of jail so she can return to Kunal. The crazy old scientist is also another fun character, as he appears to be disheveled and dangerous but eventually warms up to Kunal when he realizes they share a passion for science. There is also a bit of a disconnect as the film mentions that they care very much about science, but nearly everything they do as the hero Zokkomon is never fully explained, and Kunal even refers to the scientist as “Magic Uncle” throughout the film. But Kunal himself does help to tie things together and make it all work as the brave young kid who wants to be the one to stand up to all this injustice despite how difficult it might be.

When all is said and done, this feels like a lot of familiar stories rolled up into one with a bit of a Bollywood twist to it. Even the third musical number felt very much like it would fit into a Karate Kid Indian remake with its inspiring training montage. The special effects were nothing to write home about, but they do the job well enough. The glowing eyes behind Zokkomon’s mask and how the smoke was handled worked well, though the flying was all a little rough for something that came out in 2011. It was still a lot of fun to watch and I’m glad I got the chance to see it for myself. Thanks again to Bernardo from the Movie Rat for suggesting it to me. Until next time, this has been Bubbawheat for Flights, Tights, and Movie Nights.