Generally, the two most difficult types of reviews to write for this site are comedies and films that I enjoy. To put it mildly, Deadpool 2 is both of these things. When the first movie came out, it was a surprise hit and quite possibly rejuvenated the R rated superhero movie despite Watchmen’s mild success back in 2008. Deadpool’s comedy was something that hit in just the right way for audiences that were nostalgic for 80’s music but also current internet memes and Ryan Reynolds has the right kind of passion to get the film into the right people’s hands to make it something that does justice to the character that it previously lacked. The sequel ups the ante with a better story, better characters, a bigger budget, and keeps the humor intact for a ride that’s more enjoyable than the first movie as long as the humor hits you in the right way. 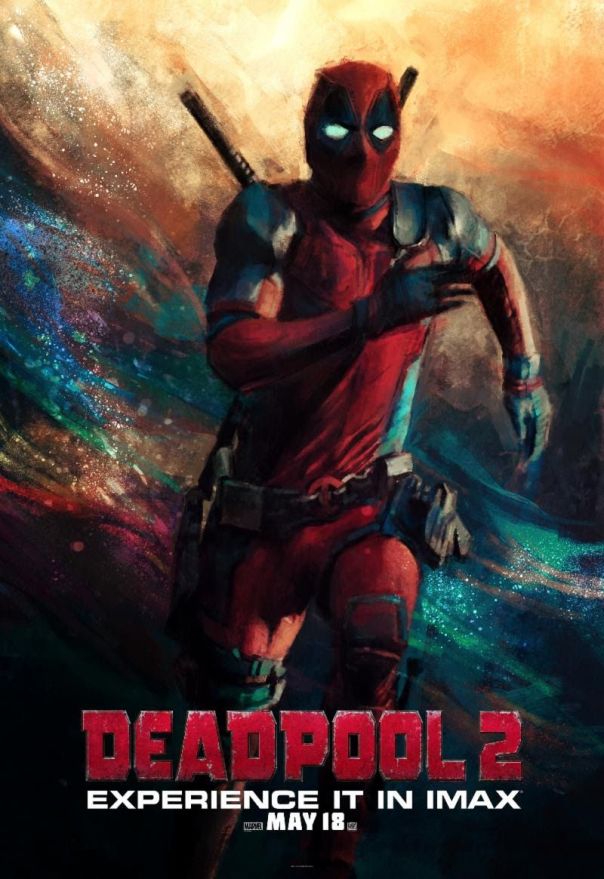 One of the best things that this movie does for Deadpool is give him the right amount of pathos by killing off Vanessa in the cold open but it also immediately cuts the air out of the downer by making fun of it by having the opening credits comment on the shock of killing her character like that instead of actually being the opening credits. It’s a great combination of drama and comedy with subtle meta moments strewn throughout. There’s not really a moment where Deadpool stops the film and talks directly to the audience. Instead, it’s a bit more subtle like when he calls for a music cue or makes fun of an actor who plays a bar brute and is given a difficult line of dialogue. Even something as small as having the dial on Cable’s gun go to 11 and never actually commenting on it.

The sequel also spends a lot more time making Deadpool into a sympathetic antihero rather than just a violent vigilante. While it gets the majority of the violent killing criminals out of the way in the beginning, the rest of the movie spends its time allowing Deadpool to try and save a young, foulmouthed mutant after Deadpool’s own heart named Firefist. But that doesn’t mean that there’s less violence in this movie, it’s just that Deadpool does very little of the violence. Instead, the deaths usually come at the hands of either Cable, Firefist, or via accident as the majority of X-Force dies during the very beginning of their first mission.

It’s difficult to say too much else about the humor as it either connects with your own sense of humor or it doesn’t. There’s a lot that works for a guy in his mid-30’s especially with plenty of late 80’s song choices which are occasionally quite appropriate as with A-Ha’s Take on Me as Deadpool is at the barrier between what seems to be reality and the afterlife. There’s also plenty of more random style humor like the reveal of the invisible mutant the Vanisher who is revealed to look like Brad Pitt when he dies in a split second cameo, as well as a cameo by Matt Damon in heavy prosthetics as a redneck in the back of a pickup truck.

But Deadpool isn’t the only character in this movie, there’s also Cable and Domino as the two major additions. Josh Brolin plays his second major Marvel role just a month after his turn as Thanos and turns Cable into a great character. He’s got a nice little easy to follow backstory, and makes an easy transition from being a villain from Deadpool’s perspective as he tries to kill what he basically sees as baby Hitler to hero as they work together to get Firefist on a different path and put a stop to the Juggernaut. Domino is another fun character that really fits well next to Deadpool as her superpower is essentially supernatural luck. It’s something that’s difficult to describe, and even Deadpool himself decries it as being a potentially uncinematic superpower. It’s almost even like a similar level of meta that Deadpool has and while she doesn’t have control or awareness of things outside of the movie universe, you could look at her power as being a character that’s completely confident that the writers of the film are not going to let anything happen to her no matter what she does. There are some great Rube Goldberg style mishaps towards the end that take out some of the orphanage guards for her, and she just exudes the right level of confidence that fits in perfectly with this movie.

There’s also the return of Colossus and Negasonic Teenage Warhead as the moral center for Deadpool’s chaotic anarchy. They even introduce Negasonic as a lesbian in a way that both calls attention to itself, but also makes it seem completely normal compared to everything else that is going on in the movie. It’s also nice to see Colossus get a bit of a character arc himself as he tries to give a moral compass to Deadpool, in turn Deadpool gets Colossus to loosen up and bring him more into the Deadpool side of things. Overall, the film was exactly what I was expecting. I’m curious to see how things change going in two different directions, both the Super Duper cut which adds extra unrated footage into the movie as well as the Once Upon a Deadpool cut which takes things the exact opposite direction and tones down the violence and language to make it into a PG-13 feature. Though I think I’ll wait at least a little while before I attempt either one of those. For now, this was a lot of fun and I’m curious what they’re going to do with the X-Force in the future. Until next time, this has been Bubbawheat for Flights, Tights, and Movie Nights.