For a couple years now I’ve avoided falling into the trap that nearly every other movie blog falls into during this time of year: reviewing horror movies for October. But since I started my Graphic Horror tag this past March, I thought it was due time to go further into the very shallow selection of horror movies and thrillers adapted from graphic novels and comic books. To kick things off, I’m taking a look at the movie that just released on VOD a couple weeks ago adapted from Daniel Schaffer’s comic the Scribbler. The story itself is a weird mix of Girl, Interrupted, Fight Club, and the Cell. Katie Cassidy in the lead role was one of the best parts of the movie, though I thought things got a little muddled in the direction. It also had a rather surprising and unusual turn towards the end that I will be discussing, so spoilers abound. Overall I enjoyed it, but the concept felt a bit stronger than the execution. 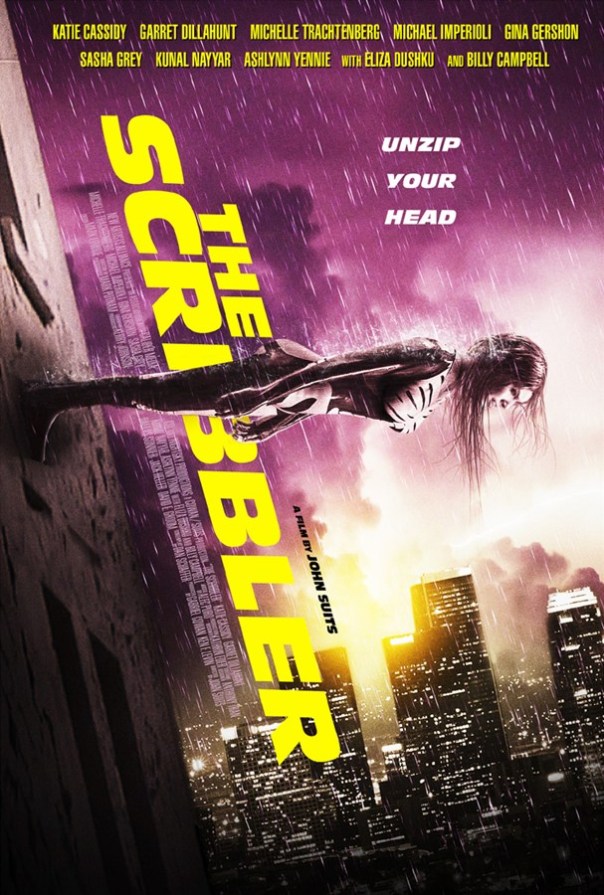 Katie Cassidy plays Suki, a mental patient with dissociative identity disorder aka multiple personalities. She’s on an experimental treatment program involving a variation of electro schock therapy called the Siamese Burn which can somehow track how many personalities are in her head and each treatment will burn out one or more of them. She’s at the point where she no longer needs to stay in a fully staffed facility and is transferred to Juniper Tower, a large but decrepit apartment building. Someone has crossed out “Juniper” and replaced it with “Jumper” which comes to fruition as someone jumps to their death as Suki comes to move in. There’s also a framing device where she is being interviewed by a detective and a criminal psychologist played by Eliza Dushku who are looking into a string of deaths at the building which started with the one as she entered the building. 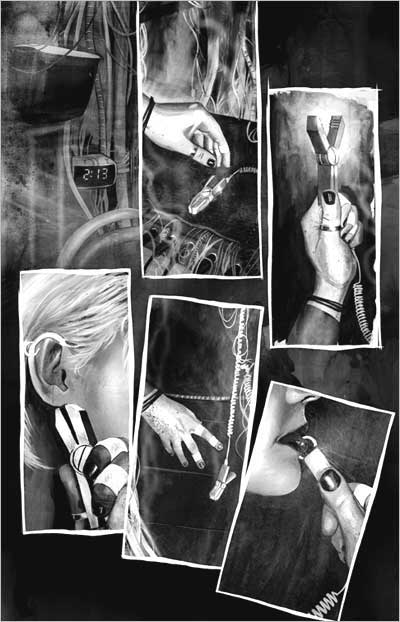 From the original comic, Suki using the Siamese Burn treatment.

The look of this film is one of the best things about it. It has a very strong color palette filled with neon greens and reds that give it a feel very reminiscent of its graphic novel’s roots, even though it was originally done in black and white. It helps to give Juniper Tower an otherworldly feel to it, combined with the extremely disheveled look of the apartments with walls covered with filth, cracked windows, and burnt out lights. There are also title cards of sorts, integrated into the scene and backwards as the Scribbler often writes backwards. It adds to the overall dreamlike quality of the narrative alongside some of the camera angles and just the overall surreal nature of what’s going on within the story.

The concept of the movie is another strong point, the question of what someone’s true personality really is. Is it the face that we show to everyone else, or is it something deeper than that? What if our true personality isn’t what we really want it to be. In this case, Suki begins to wander whether or not her Suki personality really is her true personality, or if the Scribbler is the true personality and created Suki as a front to deal with social situations and doctors that she couldn’t cope with. And as the counter on the machine gets lower and lower, the question remains whether or not Suki will be the next personality to disappear. Right alongside that is the mystery of what the Scribbler is doing when she comes out to play, and there is a great mystery surrounding the Scribbler and the blackouts that happen when the Scribbler is in control of Suki’s body, especially as we see some of the aftermath like the rewired machine and the backwards writing all over the walls. It was somewhat reminiscent of when the Narrator in Fight Club is beginning to realize who Tyler Durden really is. 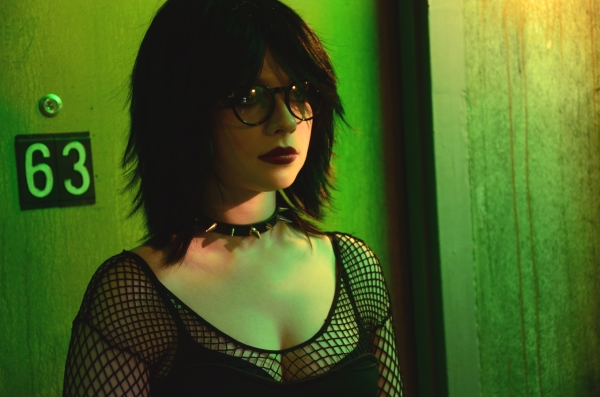 The performances are another strong suit in this movie. Katie Cassidy really sells the lead role with her multiple personalities which mostly come into play near the beginning of the movie as she makes a move on the lone guy in the women’s only building. She also helps sell the subtle differences early on as she switches to her slightly different personalities, giving subtle clues that manage to take over her entire face and body language. Michelle Trachtenberg is another high point who I didn’t even recognize until halfway through the movie as her face is buried under dark hair and large glasses. Eliza Dushku is also a great presence as we cut back to her calming voice here and there to further the narrative. And while I’ve mostly covered the strong points of the movie, there are some weak points as well. The mystery surrounding the deaths is a little on the misleading side with a reveal that is less than satisfactory, and I wasn’t fond of the low quality closed circuit video style flashbacks to Suki’s initial introduction to her current doctor and his Siamese Burn machine. They gave the film a touch of a found footage horror movie that it didn’t need, nor did it add much to her backstory.

The biggest make or break moment in this movie is the ending, and it’s a direction that was highly unlikely for it to take at all. The decision to review this movie was simply because it’s based on a comic book and there were no expectations of superhero elements in it at all. But when it does come to the end, it’s revealed that the newly rewired machine brings out someone’s true identity. Suki’s true personality is the Scribbler, but it isn’t a psychopath like she suspected, instead it is more like a superhero and Trachtenberg’s personality as the true villain is full of darkness which culminates in a superpowered battle between Trachtenberg and the Suki/Scribbler combined personality. After some thought, it shouldn’t have been that surprising considering that this film has two vampire slayers in Faith and Dawn. There is the question throughout the movie as it is told from Suki’s perspective that she is presented as a possibly unreliable narrator. Even Dushku points out that she is speaking in metaphors, especially when the moments with the talking dog come along. There is always the question of what’s real and what’s an aspect of Suki’s disocciative disorder as more and more bizarre things keep happening. But when all is said and done, the movie presents it as though everything she thought was happening was actually happening for real. With the likely exception of the talking dog. Going into this movie with moderate expectations of a psychological thriller, the movie delivered that as well as something just a bit more than that as well. It was a bit of a superhero movie, a bit of a crime mystery, and also a psychological thriller. There were still some flaws with it that kept it from being an excellent movie, but it exceeded the expectations of its small release and limited advertising.